'Why does he keep abusing?' Changing the question about intimate partner violence

Warning: Readers may find the images and details of this story to be graphic.

TORONTO - Cara Cochrane is so much more than just a statistic. And yet, in many ways, the last years of her life are a tragic portrait of the failure to protect women from intimate partner violence.

For years, the 37-year-old Kingston, Ont., woman had been sending friends and family photos of her injuries and texts describing her abuse. They begged her to call the police, but she never did. Cochrane was afraid that child services would become involved and take away her beloved four-year-old son, Maximo.

In one text to a friend, she said she was using the photos of her injuries as a screensaver to remind her of why she needed to leave her relationship. 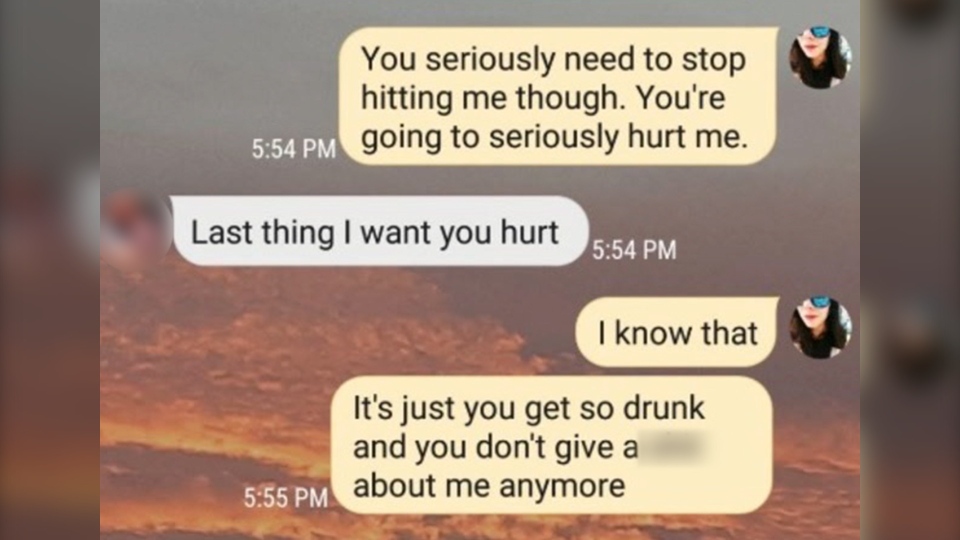 Cochrane also shared a heartbreaking exchange with another friend, where she begs her on-again, off-again boyfriend to stop hurting her.

Cochrane’s sister, May Armstrong, says Cochrane had confided in her last year that her boyfriend had broken her nose.

“Why didn’t I go to the police? I feel guilty and I feel upset that her friends didn't reach out to the police. Everyone just listened and didn't do anything,” she says.

About three out of every four women who are experiencing violence in their homes do so in silence, according to Statistics Canada. They don’t call the police, often for the very reason Cochrane didn’t: fear. Fear for a child. Fear that it will make the situation worse. 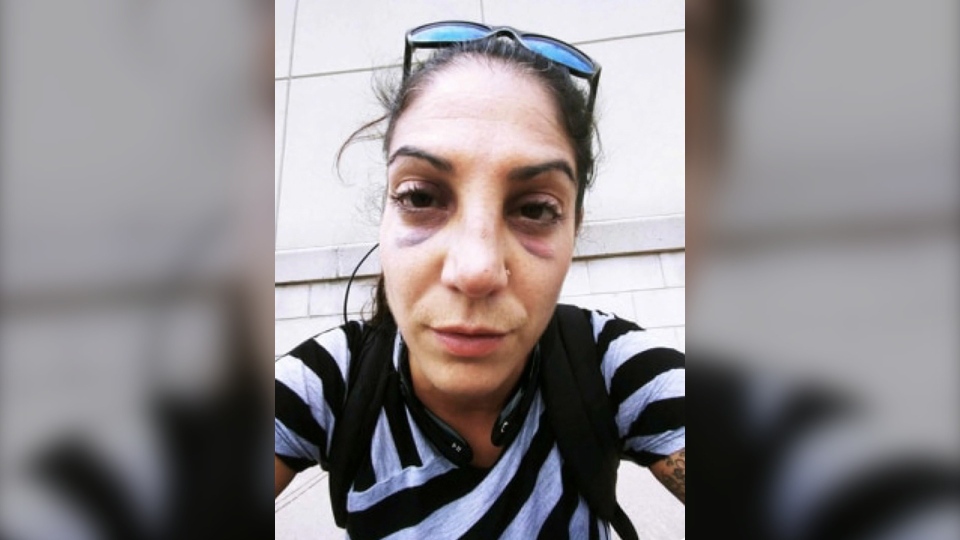 On the morning of June 8, Cochrane’s family says four-year-old Maximo ran into his mother’s bedroom to wake her up. But he couldn’t. Cochrane was rushed to hospital. Doctors told her family she had a catastrophic brain injury. She spent two weeks in a coma before the decision was made to remove her from life support.

It’s unknown what happened in Cochrane’s apartment before her son’s discovery. Cochrane’s father was one of the last people to speak to her. The night before, she had called him and put her boyfriend on the line. John Carabas says the boyfriend “roughly” told him he was going to marry his daughter. Carabas says he refused to give his blessing and that the boyfriend became enraged. The next morning, Cochrane was found unresponsive.

In an email to W5, Cochrane’s sister, Tina Nelson, wrote: “Heartbroken cannot begin to describe the ache in my heart. This is so tragic that there aren’t any words to describe it, there really aren’t. There is a broken piece inside of me that can never be repaired. It’s deep, empty and painful. My heart also breaks the most for Max. I hope he will have some memories of her because she was the BEST mom to him and loved him so much.”

Cochrane’s friends and family believed that she had broken off the relationship. But they had also seen a pattern of abuse and reconciliation.

Lawyer and advocate Pamela Cross says, “a woman will leave an abusive relationship 12 times before she stays out for good. But I want to change the discourse from, ‘Why don't women leave’ or ‘Why do women keep going back,’ to ‘Why does he keep abusing?’”

It’s a question that is not asked enough in the national discourse on the epidemic of violence against women. Intimate partner violence is one of the few violent crimes that is increasing in Canada. Too often it is seen as a woman’s issue, when in reality it is - by and large - a man’s issue. But there are few resources available in Canada aimed at getting men to stop abusing. And programs that show promise are often not being sufficiently funded.

In 2015, Katreena Scott, the director of the Centre for Research and Education on Violence Against Women at Western University in London, Ont., tracked 80 men who had been charged with domestic violence. Half went through a court-mandated 12-week therapy session. The other half were given intensive one-on-one training and coping tools. Scott says the results were astounding.

Scott says the program no longer exists because the funding was cut.

“So now we are back to the same situation where men are arrested and nothing happens. There's nobody talking to him. There's nobody managing his risk in this very high-risk time. It's the perfect time to lean in and do something.”

The Ontario Attorney General’s office refused to answer specific questions on why the program is no longer being funded.

Nelson hopes lessons can be learned from her sister’s death.

“Many women are literally trapped and they are terrified. Some do not have the financial means to leave the relationship or the resources available. Some have children, which further complicates the situation. Women suffer so much in silence. Even in the toughest moments, those who choose to speak give power to us all.”

Thirty-five-year-old Brady James Maher has been charged with criminal negligence causing death. He also faces four historic assault charges: two are based on the photographs Cochrane had sent to family and friends and two charges are based on allegations from two of Maher’s ex-girlfriends who went to police after Cochrane’s death. Maher’s lawyer says his client intends to plead not guilty.

The allegations against him have not been tested or proven in court.