A ground-breaking experimental treatment undertaken by Toronto doctors may be giving patients suffering from extreme forms of anorexia nervosa their last chance to live a long and healthy life.

The debilitating eating disorder causes patients to develop a distorted view of their own bodies and become obsessed with being thin; typically dramatically limiting the amount of food they eat.

The treatment, called deep brain stimulation, or DBS, has been used to treat a number of other conditions but never before anorexia. It requires the patients to be awake during brain surgery.

The findings of this innovative study are being revealed as part of a CTV W5 documentary which chronicled the treatment of two patients over the past 18 months.

‘I loved being stomach tubed’

For Adrianna Boot, taking part in the experimental DBS study was an act of desperation. She was first diagnosed with anorexia and hospitalized near her home in Clinton, Ont. for her eating disorder when she was 21 years old. Her parents, Janet and Henry Boot, recall Adrianna barely clinging to life.

“She was weighing probably about 75 pounds (34 kilograms). You could see her tailbone. You could count all her ribs. Her hair was falling out. This was a girl on the brink of death,” said Janet Boot.

Adrianna survived that ordeal, but over the course of the following 14 years she sank into a punishing cycle. She would spend weeks or even months in hospital, often on a feeding tube. 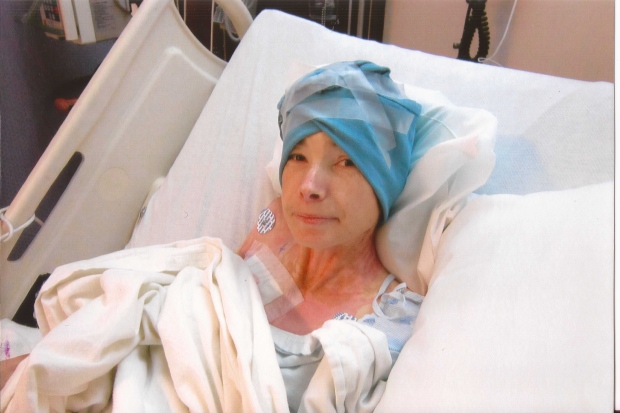 “It got to the point that I loved being stomach-tubed because that meant I didn’t have to eat anymore,” Adrianna told W5 in an interview.

After gaining sufficient weight, doctors would send her back home. But once out of hospital Adrianna would eventually start limiting what she would eat and in no time she would cut out entire food groups. Her weight would drop dangerously low and she would end up back in hospital.

“I just wanted to die,” recalled Adrianna. “I was just getting to the point (that) I can’t handle this anymore. There’s nothing for me here to live for anymore.”

She even began planning her own funeral.

“To see one of your children have to struggle like that every day, you get to the point that you just have to look death in the eye and say it is what it is my child,” said her mother, Janet.

Finally in 2011, during yet another extended hospital stay, Adrianna’s doctor offered her a choice. “Either we’re going to put you in a nursing home where you can take care of all the little sick people and they can make sure that you eat. Or you can try this trial that just came across my desk,” Adrianna recalled.

That trial was a study at Toronto’s University Health Network. The concept behind DBS is relatively simple: doctors use electricity to adjust circuits in the brain.

“There are circuits in the brain that malfunction, that misfire, and it’s possible to adjust their activity, to turn them up or down, very much like you would adjust the volume on your television set,” said Dr. Andres Lozano, the neurosurgeon who is heading up the study.

Lozano has received international acclaim over the last twenty years for his pioneering work using DBS to treat more than 1,000 patients suffering from a variety of conditions including depression, epilepsy and Alzheimer’s disease. He is also on the scientific board of the Michael J. Fox Foundation thanks to his work using DBS to treat patients with Parkinson’s disease. 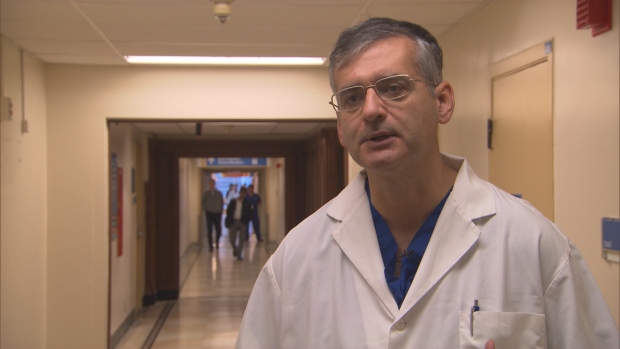 Now he has turned his attention to anorexia. In order to adjust the brain, Dr. Lozano and his surgical team first drill through the patient’s skull and place two electrodes in an area of the brain that regulates mood and anxiety. Anorexic patients tend to have more activity in these areas and therefore more anxiety than is normal. It is a part of the brain that has been rarely explored in the past.

“It’s somewhat like exploring a new galaxy and going to a new planet and seeing what’s there, “said Lozano. “There’s never been a reason to go there before. Now we have a reason because we’re trying to improve the symptoms of anorexia.”

The two electrodes each have four different contact points inside the brain. The doctors stimulate each point separately and adjust the electrical current. The patient needs to be awake during all of this so they can relate to the doctors any changes in their feelings, mood and perceptions.

When Adrianna Boot was referred to the DBS trial, Dr. Lozano had just begun treating anorexia patients at Toronto’s Western Hospital. He had two patients and considered including Adrianna.

‘I’m not going to live through anything else’

Psychiatrist Dr. Blake Woodside, one of the principals behind the study, evaluated Adrianna’s suitability for participation and explained to her what taking part would entail.

“It just looked like she was going downhill and was not going to ever recover and was going to die in the fairly near future” recalled Woodside. “She was happy to try the treatment because there was no other alternative for her.”

More than happy to try it, Adrianna was desperate to take part. “I begged and pleaded. ‘Please let me do this. I have to do this. I’m not going to live through anything else.’”

Despite her enthusiasm, Dr. Lozano made it clear to her and the other participants that there were no guarantees for success.

“It is clearly an experiment. We do not know if it is going to work and there are risks. It is brain surgery, so there is the risk that something could go wrong. We tell them that they could even die from the operation.”

Undaunted, Adrianna became only the third anorexic patient to ever undergo the DBS procedure in December 2011. Dr. Lozano’s team drilled two holes in her skull, inserted the electrodes into her brain and began adjusting the levels of electricity.

With each adjustment Adrianna was asked questions about her mood, her feelings and her outlook about her body image and food. At first, doctors noted few changes in her responses until at last something unusual occurred.

“It’s the weirdest thing,” said Adrianna. “The only reason why I can remember is because it was just that strange.”

The doctors had asked Adrianna if she was experiencing any food craving and much to her surprise she said yes. She wanted a piece of pizza, something she hadn’t eaten in years. In fact, she maintained that just the thought of eating pizza would normally trigger a nervous attack. 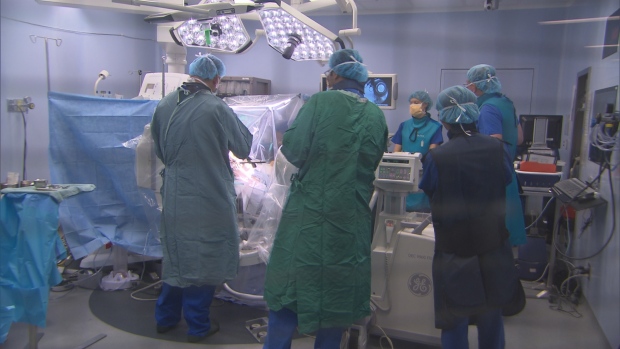 It was an encouraging sign that the surgical team had possibly pinpointed the right location in the brain.

The last stage of the surgery involved doctors inserting a permanent, battery operated device similar to a pacemaker in her chest. The DBS pacemaker delivers a constant stream of electricity to the electrodes in her brain and is operated by remote control. It takes the brain several weeks to months to adjust to the changes triggered by the DBS.

Following the surgery, as part of the study, Adrianna spent several months as an in-patient in an eating disorder therapy program at Toronto General Hospital. While there she took part in group and individual therapy sessions, learned about preparing and eating proper meals and most importantly she put on weight.

More than three years have passed since she underwent the DBS procedure and Adrianna’s life has changed dramatically for the better. She is no longer in and out of hospital. Her weight still fluctuates but it doesn’t drop to the dangerous levels it has in the past.

“I’m not saying that it’s fixed everything but it definitely fixed a lot. And it’s definitely given me a bright outlook on life again,” said Adrianna.

“She feels that she’s got a reason to be alive and is less troubled by things like normal body weight than she had ever been in her life,” said Dr. Woodside.

Seventeen other patients have now taken part in the DBS study and the results continue to be encouraging. But, Dr. Lozano suggests caution.

“DBS is not a cure. We think that this is a symptomatic treatment. It helps the symptoms of the illness, but the illness is probably there, waiting to come back at any second as soon as the stimulation stops.” 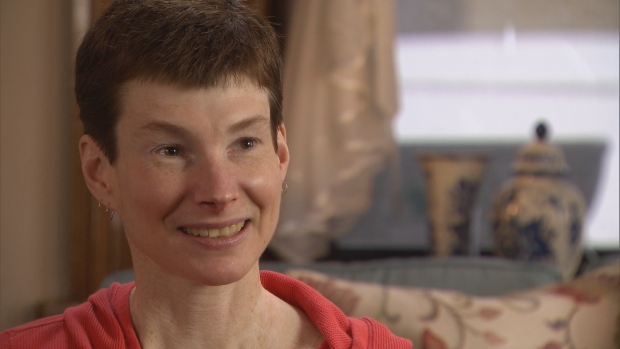 Nevertheless, as far as Adrianna is concerned without the DBS she’d either be back in hospital or dead. “I wouldn’t be standing here today. I got my life back.”

Who is Dr. Andres Lozano?

Patients interested in more information about participating in future research can e-mail dbs@uhnresearch.ca