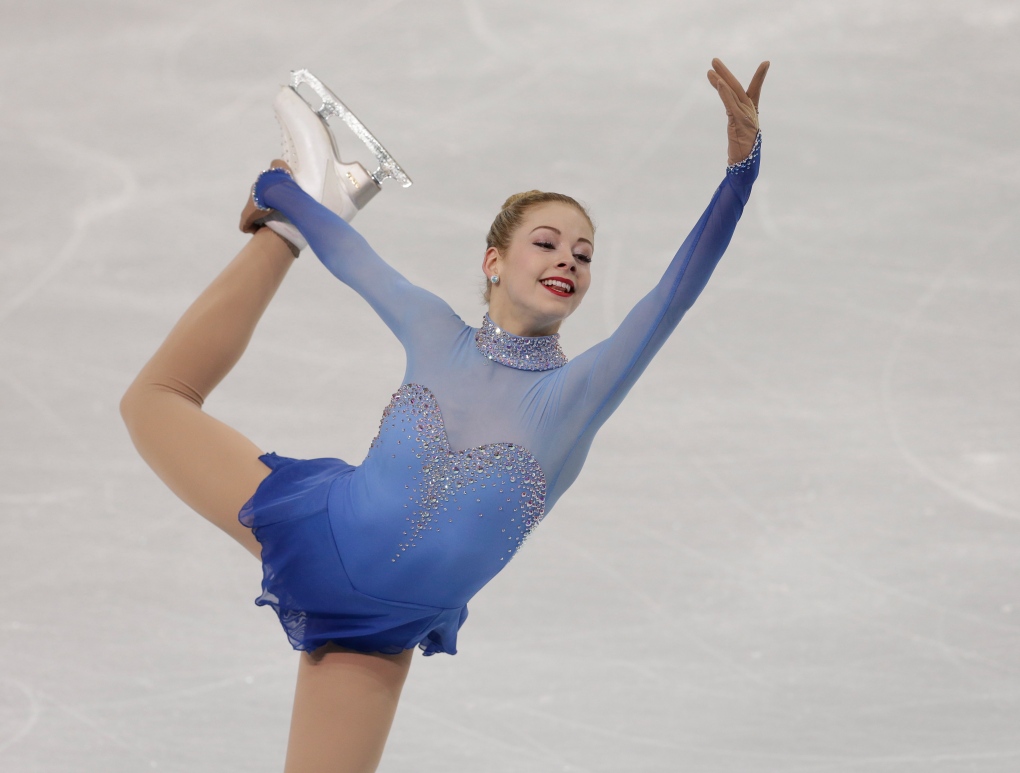 Gracie Gold of the United States competes in the women's free skate figure skating finals at the Iceberg Skating Palace during the 2014 Winter Olympics in Sochi, Russia, on Feb. 21, 2014. (AP / Darron Cummings)

It is estimated that the magnitude of force on a skaters' body when they land on the ice can be up to six times their body weight.

Injuries are common and can be career-ending.

But a team of researchers has developed a smart ice skate to measure the exact impact on the skater during a routine.

They hope to use that data to help hone the best techniques, training and skate design to reduce chronic injury in the sport, said Deborah King, an associate professor in the department of sport sciences at Ithaca College in New York.

"Figure skaters have, I would say, a fairly high incidence of injury which are thought to be related to the impacts from all the landings on the ice," King said.

But so far, that's just a theory.

"We don't know how high the impacts really are because most testing has been done in laboratory settings."

For more than two years King and colleagues at Brigham Young University have worked on designing electronic gauges to fit under the boot on the blade of the skate to measure strain and force. The data will be recorded on an secure digital card that also fits on the skate.

The device had to be small enough not to affect performance, and it had to work on the ice during real training and real routines, King said.

The team is now equipping commercial skates in a range of sizes so they can begin on-ice tests this winter.

Many an Olympic dream has been crushed by the sport's gravity defying leaps and spins -- both on the ice and afterwards.

Since Kurt Browning executed the first successful quadruple jump at the 1988 world championships, there's been no end to debate over that injury inducing manoeuvre in particular.

But repetitive strain injuries are all too common for all figure skaters, King said. Chronic overuse injuries include stress fractures, tendinitis, bursitis, and leg, hip and lower back injuries.

"Can we reduce maybe the repeated stress on the body?" she asked.

"Is there something we could do once we have this information for coaches, or skaters, in terms of training? Or how you're landing a jump? Is there a way to land it that would create less stress that would reduce the chance of overuse injuries?"

They will also look at the skates themselves.

"Could something be done there that would help reduce injuries?"

Hockey players and speedskaters in Europe have been subject to similar tests, but King said the sport is different, the injuries are different and the testing had to be different.

In the hockey study, the players wore a fanny pack to record the information but that would affect a figure skating performance.

"We wanted to be very non-obtrusive," King said.

The research is being funded by a grant from U.S. Figure Skating, the national governing body for the sport south of the border.

The initial study was published Tuesday in the journal of the London-based Institute of Physics.