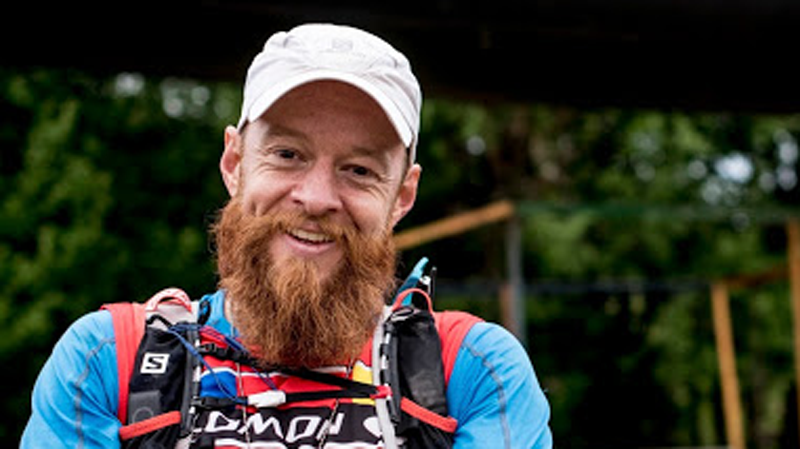 Robbins was hoping to be the first Canadian ever to complete the grueling 160-kilometre race. (Craig Kolesky)

At the 2018 Barkley Marathons, it was the course -- not its runners -- that was the victor again.

For North Vancouver’s Gary Robbins, it was the third time he was bested by the 160-kilometre ultramarathon through Tennessee backcountry. Using maps, participants guide themselves five times through an unmarked 32-kilometre loop with no aid stations, and only two water stops.

Each year has been an emotional defeat for Robbins. Last year, at some point on the fifth and final loop, he got confused in fog on the unmarked course and arrived at the finish line from the wrong direction. Since 1986, only 15 runners have completed all five loops. This was the first year since 2015 that no runners finished.

“The weather and the course got the better of everybody this year,” said Geoff Langford of Ridgeline Events, Robbins’ friend and business partner. Langford credits Robbins’ family -- wife Linda and son Reed -- for getting him through the highs and lows of the race. “She knows exactly what he needs and when he needs it and what he’s feeling or what he’s thinking. Having Reed his son there is a huge motivation for him as well.”

And motivation is needed during the punishing and bizarre competition in Tennessee’s Frozen Head State Park. There are no rain delays for the Barkley, which after the ceremonial lighting of a cigarette. This year’s racers faced rain, lightning and cold temperatures. The full five-loop course must be completed in 60 hours, or 12-hours per each 32-kilometre loop. If runners complete the first three loops in under 40 hours, it is considered a successful completion of the “fun run” version of the race, though that is usually a failed attempt at the main event. To mark a runner’s failure, a bugle is played.

To make matters more challenging, each runner must tear a specific page out of book (each year, the number of books changes) to prove their completion of each loop of the race. Robbins said that he “screwed up one book,” which cost him 30 minutes.

“This is the Barkley. This is, by design, supposed to push you to the very limits,” said Michael Doyle, editor-in-chief of the Canadian Running Magazine. “It was pins and needles the entire time. It was about getting this done.”

Does Langford think his friends Robbins will try a fourth time to finish the Barkley? “I couldn’t even guess at that one,” he said.

With a report from CTV Vancouver’s Scott Hurst

Gary Robbins is one class act. He thanked everyone, and cracked jokes. Inspiring performance, regardless of the outcome. #BM100