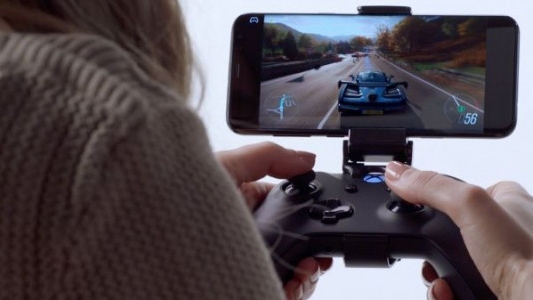 Video games are following television and music into the cloud, with console-quality play on its way to being a streaming service as easy to access as Netflix or Spotify.

Computing power in data centers and devices from televisions to smartphones has surged and streaming technology has advanced, providing tools to break blockbuster titles from confines of consoles or personal computers.

During a recent Microsoft earnings call, chief executive Satya Nadella said a keenly anticipated "X Cloud" video game streaming service is in "early days" but he is excited by the prospect of giving players access console-quality titles on all kinds of internet-linked devices.

"Most critical is having a platform where gamers are already there," Nadella said, noting booming revenue from its Xbox console unit. "I am most excited about the core (Xbox) community and content we have; I think that is what even gives us permission to think about streaming."

EA, maker of the popular Battlefield and FIFA game franchises, has more than 1,000 employees working on a platform to harness the power of cloud computing and artificial intelligence in a game service hosted on the California-based company's servers, according to chief technology officer Ken Moss.

The effort is called "Project Atlas."

"I strongly believe that what's on the horizon will bring greater changes than anything gaming has ever seen," Moss said in a blog post disclosing Atlas. "You will be able to play games with your friends anytime, anywhere and on any device."

'Assassin's Creed' in the cloud

Wedbush Securities analyst Michael Pachter saw Amazon, Apple and Google as potential big players in the space given huge investments they have made in data centers that already provide cloud services to millions of people.

Google is collaborating with French video game colossus Ubisoft to use the latest addition to the hit "Assassin's Creed" franchise to test "Project Stream" technology for hosting the kind of quick, seamless play powered by in-home consoles as an online service.

"We're going to push the limits with one of the most demanding applications for streaming -- a blockbuster video game," Google product manager Catherine Hsiao said in a blog post.

A select number of people in the US can play "Assassin's Creed Odyssey" streamed to Chrome browsers on desktop or laptop computers.

Improvements in internet bandwidth, computing power and data storage capabilities are enabling "disruptive technologies" such as streaming that can change the way games are created as well as played, according to Ubisoft.

Companies interested in cloud gaming see it as a way to reach broader audiences.

Microsoft has built a powerful platform for hosting computing in the internet cloud, making such service a thriving part of its business.

"If you agree that the eventual future of games consumption is through cloud gaming services, then those companies with a strong position in cloud are likely to be best placed to benefit from the transition," said IHS Markit games technology research director Piers Harding-Rolls at an industry event earlier this year.

Sony offers more limited cloud service through its Playstation Now, keeping game play within the confines of the console.

While streaming game services might nibble at consoles sales, they are more likely to broaden the audience of players to anyone with an internet connection, according to analysts.

A question unanswered what business model will prove optimal for game streaming services.

"It seems to me that the right business model is iTunes rather than Spotify," Pachter said. "Let people 'buy' a game and stream it for as long as they want instead of forcing them to sign up for a subscription."