This 7,000-year-old well is the oldest wooden structure ever discovered, archeologists say 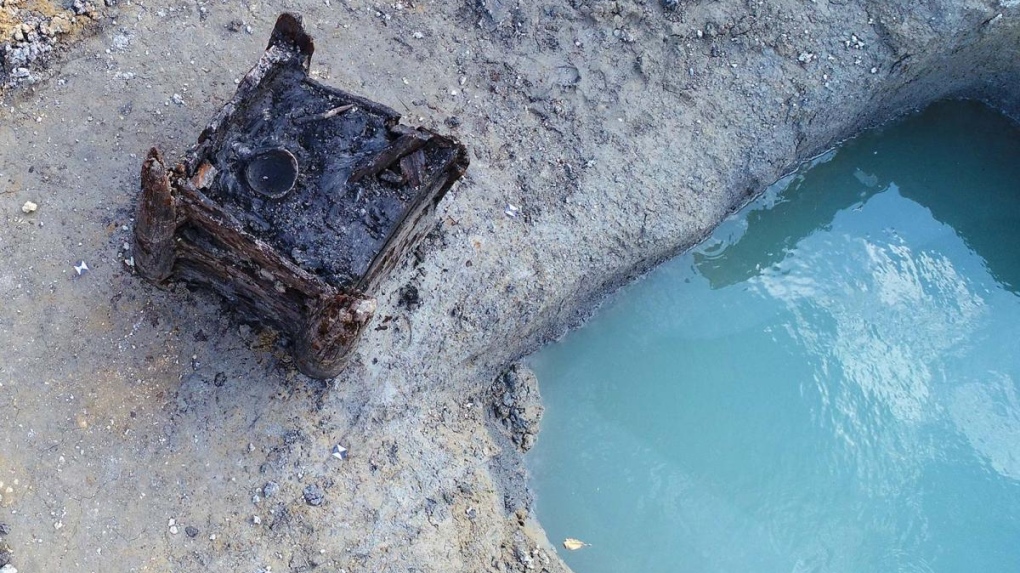 Archeologists have discovered a 7,000-year-old Neolithic well in eastern Europe, which they believe is the oldest wooden structure in the world. The well was built by farmers around 5256 B.C., researchers said. (University of Pardubice)

Archeologists have discovered a 7,000-year-old Neolithic well in eastern Europe, which they believe is the oldest wooden structure in the world.

The square well was built with oak by farmers around 5256 B.C., according to researchers who pinpointed its origin after analyzing the tree rings in the wood, which is the scientific method known as dendrochronology. The well's age makes it the oldest dendrochronologically dated archaeological wooden construction worldwide, according to the researchers in the Czech Republic.

"The well was only preserved because it had been underwater for centuries. Now we cannot let it dry out, or the well would be destroyed," Karol Bayer of the University of Pardubice's Department of Restoration said in a press release.

Researchers are developing a process to dry the wood and preserve it without deformation using sugar to reinforce the wood's cellular structure.

"It is interesting that the corner posts were made of previously felled trunks, namely from the trunk which had been cut in the autumn or winter 5259 B.C. or the winter of early 5258 B.C.," said Michal Rybníček of the Department of Wood Science at Mendel University.

Measuring 140 cm (56 inches) in height and with an 80 by 80 cm (32 by 32 inches) square base, the well was found last year during construction of the D35 motorway near Ostrov, Czech Republic. Researchers published their findings in the Journal of Archeological Science.

"The design consists of grooved corner posts with inserted planks. This type of construction reveals advanced technical know-how and, till now, is the only known type from this region and time period," the authors wrote.

According to experts, the well indicates that whoever built it was able to process the surface of felled trunks with utmost precision, given that they only had tools made of stone, bone, horn, or wood.

"The shape of the individual structural elements and tool marks preserved on their surface confirm sophisticated carpentry skills," the authors wrote.

It is the third well from the early Neolithic period found in the Czech Republic in the past four years.