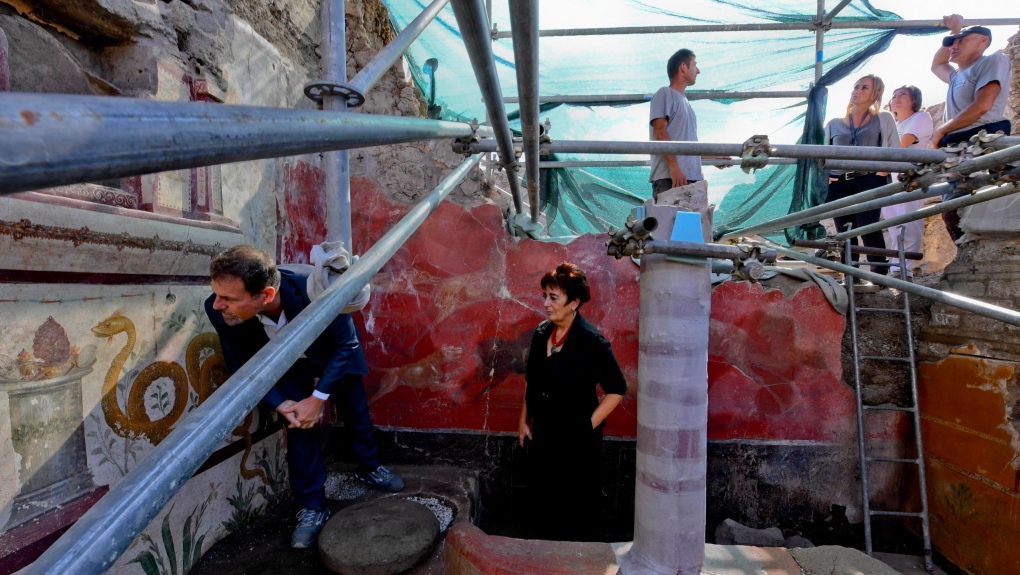 Massimo Osanna, left, the director of the Pompeii archaeological site, looks at fresco in a house discovered during excavation works in Pompeii, Italy, presented to journalists Friday, Oct. 5, 2018. (Ciro Fusco/ ANSA via AP)

ROME - Archeologists have uncovered a new treasure in the ruins of Pompeii: a richly painted garden scene in the shrine area of a home that had been buried following the explosion of Mt. Vesuvius in 79 A.D.

The ANSA news agency said it was given exclusive access Friday to the site, known as a lararium. In ancient Roman times, lararia were altar spaces at the entrances of homes of the well-to-do where offerings and prayers were made to the gods.

Photos of the site show deep blood-red walls and paintings of bulls, as well as enchanted garden scenes of delicate birds, trees and snakes.

ANSA quoted the head of the Pompeii archaeological site, Massimo Osanna, describing the discovery as a "marvelous and enigmatic room that now must be studied at length."