'Need to get on with it:' Ottawa promises more action on species at risk law 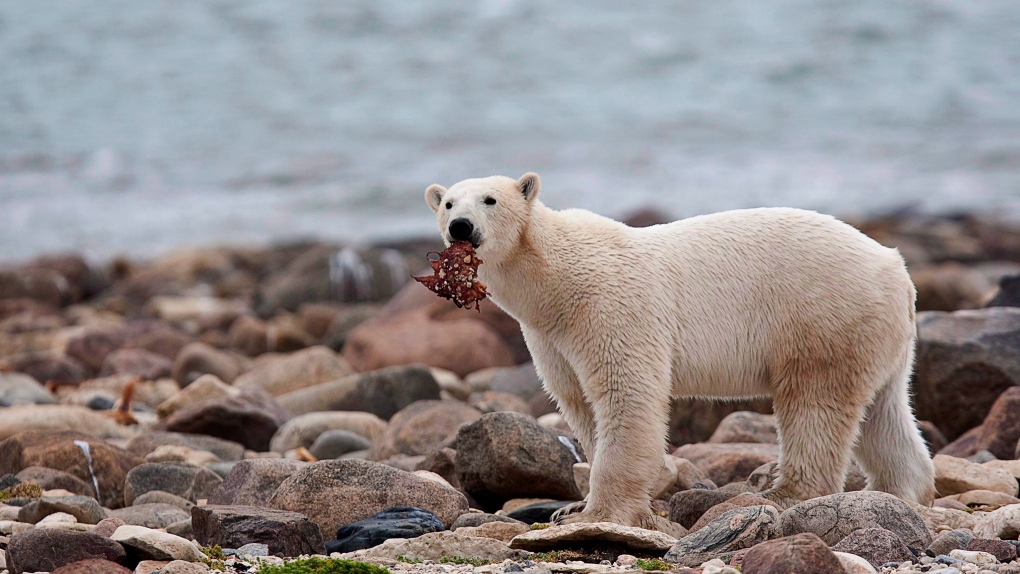 A male polar bear eats a piece of whale meat as it walks along the shore of Hudson Bay near Churchill, Man., on August 23, 2010. (Sean Kilpatrick/THE CANADIAN PRESS)

OTTAWA -- Federal officials are promising tighter enforcement of laws to protect species at risk after a pair of studies found little change in the status of threatened plants and animals.

"We need to get on with it," said Bob McLean, a director of the Canadian Wildlife Service, an Environment Canada agency.

McLean was responding to a University of Ottawa study released last week that found 85 per cent of more than 350 species tracked under the Species At Risk Act have seen no improvement or have deteriorated.

That study echoed research released last fall by the World Wildlife Fund. It concluded that being listed under the 16-year-old act made no difference at all to the fate of a species. Plants and animals on the list declined just as often and as rapidly as unlisted ones.

Others have pointed out that the act's requirements are often ignored by governments.

McLean promised the federal government will more actively use provisions of the legislation such as emergency protection orders, which allow Ottawa to step in to protect threatened critical habitat for a listed species.

"I think there will be more occasions where governments need to turn their minds to using the regulatory authorities in (the act)," he said.

McLean suggested the federal government also will make more use of provisions that allow it to make deals with local jurisdictions and landowners, such as offering compensation or other inducements to conserve habitat.

The government will try to make more deals that protect landscapes that contain several endangered species.

"Most would agree in Canada that there are key mechanisms in place within that legislation, that if implemented, would be more likely to impact in the way we need," Snider said.

Legislated timelines for identifying critical habitat and creating recovery plans are often ignored, he said. Only two emergency protection orders have been issued in the entire history of the act.

The government has two imminent chances to prove it's serious about enforcing the act, Snider said.

Another move would be to issue an emergency protection order for killer whales off Vancouver Island. They are an endangered population down to about 76 individuals.

Adequate funding will also be needed to ensure the work gets done, said Snider.

The Trudeau government is moving to toughen up key pieces of environmental legislation. It has already announced changes to the Fisheries Act and reforms are soon expected to the Canadian Environmental Assessment Act.

McLean argued bringing back endangered species is a complicated business in Canada with its layers of municipal, provincial and federal land-use policies. Ottawa can't compel activity on provincial Crown land, he noted.

Protection orders are complicated and controversial. The two that have been imposed -- for the prairie sage grouse and the western chorus frog -- have brought a suite of legal actions.

"The experience in the United States suggests it takes several decades to restore endangered species," McLean said. "We're not yet that far into it.

"We would all wish for more rapid implementation of the act."