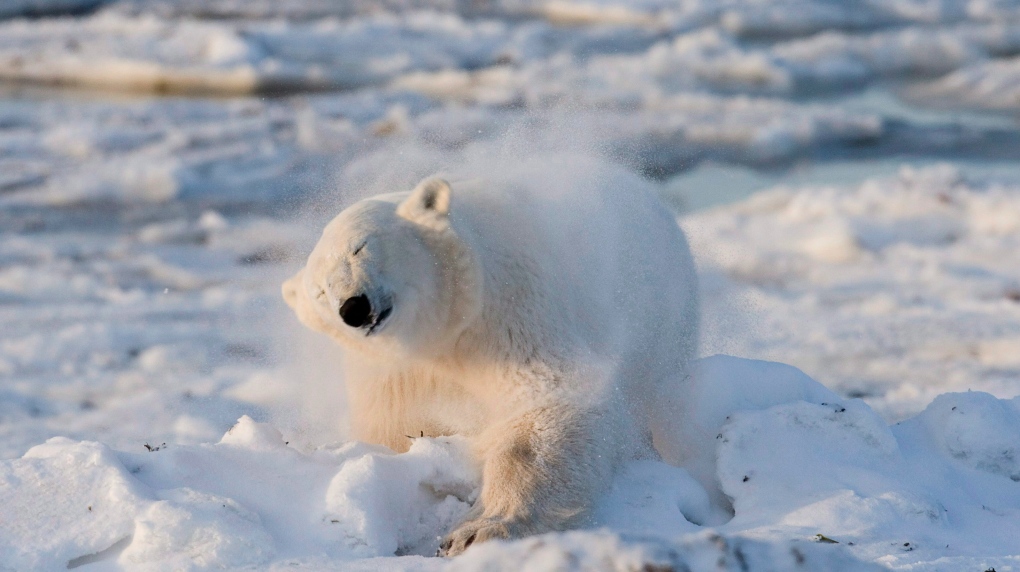 A polar bear shakes the snow off himself after a swim in Wapusk National Park on the shore of Hudson Bay near Churchill, Man., on November 6, 2007. (THE CANADIAN PRESS/Jonathan Hayward)

OTTAWA -- An academic analysis says the federal government's Species At Risk Act is failing to help the plants and animals it's supposed to protect.

The study from a think tank at the University of Ottawa is the latest to point out problems with the legislation created 16 years ago to safeguard Canada's biodiversity.

The Smart Prosperity Institute points to another study that found 85 per cent of the species listed under the act have either seen no improvement or have actually deteriorated.

It adds that co-operation between the federal and provincial governments on identifying key habitat is spotty.

Last fall, a World Wildlife Fund study found that being listed under the act made no difference to the health of a species.