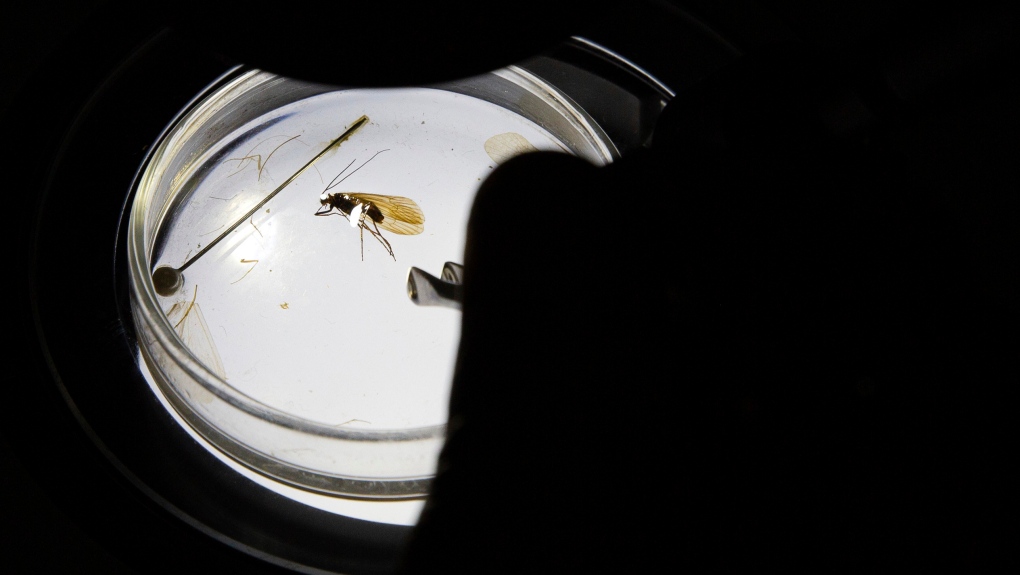 Halil Ibrahimi, 44, associate professor at the faculty of natural sciences at Pristina university, inspects an insect named Potamophylax coronavirus, inside a lab in Pristina on Friday, April 16, 2021. (AP Photo/Visar Kryeziu)

PRISTINA, KOSOVO -- Kosovar biologist Halil Ibrahimi believes the pandemic restrictions haven't all been bad -- as a result of them, he completed his research, raised public awareness of the pollution of river basins and named a newly discovered insect after the virus.

As an associate professor of the Natural Sciences Faculty at Pristina University, Ibrahimi collected the species, which turned out to be endemic to the national park, 120 kilometres (75 miles) west of the capital Pristina, and found it was quite different from the other species in the Balkans.

It is considerably smaller, and lives in a different habitat, in open, high-altitude zones, some 2,000 metres (6,500 feet) above sea level.

He announced the new name he had chosen for the species in a scientific magazine this month.

"Coronavirus was the most vivid thing during the time when the species was discovered," he said.

During his research, Ibrahimi also noticed that the Lumbardhi i Decanit River, where the new species was found, has severely deteriorated over recent years due to the construction of a hydropower plant.

Kosovo and the Balkan countries have a long history of environmental pollution of all kinds, from sewage water pumped directly into rivers to deforestation and mismanagement of hydropower plants.

"It has the same effect on the species living in the rivers as the coronavirus is causing to humankind these days," Ibrahimi said.

The overall environmental situation in Kosovo has worsened over recent years, with increased construction, traffic and industrial pollution, as well as the government's efforts to promote small hydropower plants as an alternative energy source.

"Uncontrolled use of water resources and damage to river beds still remains one of the forms of degradation of our water resources," according to a report on Kosovo's environment published last year.

People should "rethink their attitude toward the environment" because these insects are "the first barrier before the pollution comes to the humans," Ibrahimi said.

"They are the first indicators that something is going wrong in the environment ... in order to be prepared for the pollution impacting directly on ourselves."

Now that the virus and the insect are forever linked via the name, "the institutions must undertake measures to stop this degradation to the environment, and people must start considering these insect species as part of their own life," Ibrahimi said.