How wildfires may be permanently changing Canada's boreal forest 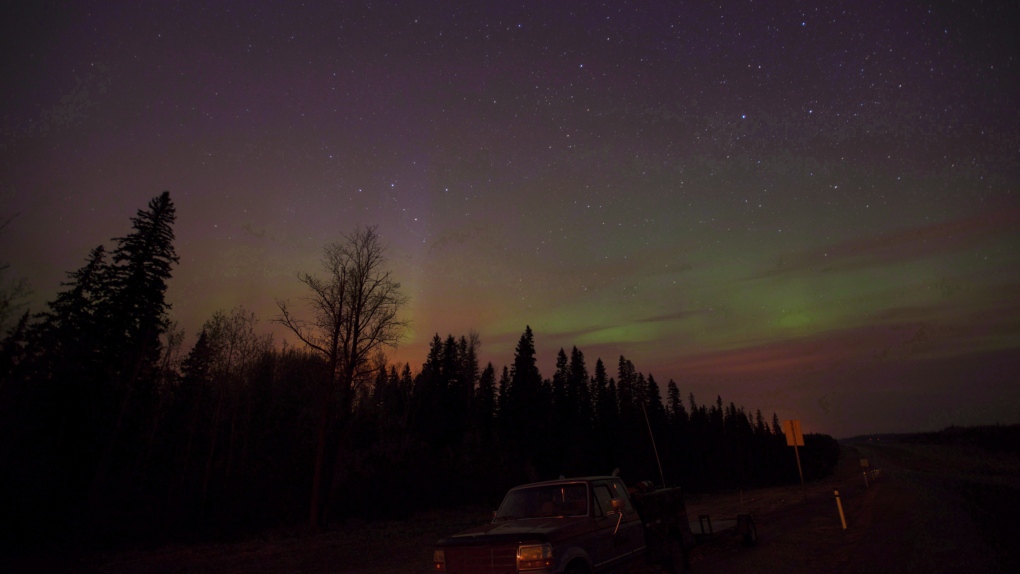 The northern lights shine above the glow from a wildfire on highway 63 south of Fort McMurray, Alta., on May 6, 2016. (THE CANADIAN PRESS / Jonathan Hayward)

EDMONTON -- The increasing frequency of wildfires in Canada's boreal forest may be permanently changing one of the largest intact ecosystems left on Earth, research suggests.

"We feel pretty confident these effects will persist," said Ellen Whitman, a forest ecologist at Natural Resources Canada and the University of Alberta.

Whitman is a co-author on a recently published paper examining what happens when stands of boreal forest -- the huge belt of green that stretches over the northern reaches of most Canadian provinces -- are burned over more often as a result of climate change.

She and her colleagues paired up forest areas that had similar climate and soil conditions and had last been burned by the same fire. One half had been previously burned no more than 17 years before, while the other half's last fire had been at least 30 years ago.

The differences were striking.

The short-interval stands were far more open with fewer trees. Aspens dominated instead of conifers. Growth beneath the trees -- shrubs and grasses that cover a normal forest floor -- was far less luxuriant with many fewer species. Areas of exposed mineral soil, where all organic material had been burned off, were larger and more common.

"You have a landscape where you're surrounded by short, stunted trees," Whitman said. "You have a crust of lichen or some sparse grasses. It's almost like walking through the edge of a prairie where you're shifting from a grassland into a forest edge.

"At a lot of the long-interval sites, you've got quite dense conifers, closer together. You've got moss on the ground and flowers and shrubs. It's more what looks like a young forest."

The boreal forest has evolved for fire. Many of its tree species need it to germinate.

Normally, fires don't come around more often than every 30 years and often much longer. The lack of fuel in recently burned stands helps regulate that frequency.

Nor are the parkland-like areas likely to evolve into a conventional boreal forest. Previous studies have found that the look of a forest is set early after a fire.

"Immediate post-fire condition is an extremely strong predictor of what the stand will look like further down the road," said Whitman.

Whitman emphasizes that short-interval stands in her research are still small and most stretches of boreal forest burned in recent wildfires are regrowing normally. Wetlands are also less affected by short-interval fires than drier regions.

She said the forestry industry is unlikely to be affected any time soon -- although forest-dependent animals such as caribou and songbirds will feel impacts.

And those impacts are growing.

"With a longer fire season, larger fires, more of the landscape burning each year, the likelihood of encountering a recently burned area increases. We're undergoing a shortening of the fire frequency in the boreal forest."

This report by The Canadian Press was first published Jan. 12, 2010.