How a toilet paper boom is harming Canada's boreal forest 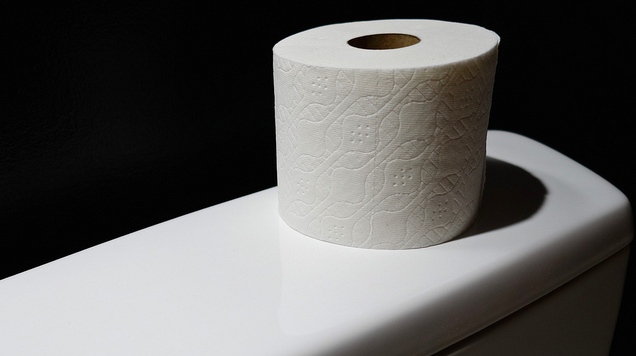 A roll of toilet paper is seen in this undated file photo. (Dean Hochman/Flickr)

Growing demand for toilet paper is putting an unprecedented strain on Canada’s boreal forest, according to a new report.

The U.S.-based Natural Resources Defense Council says the “tree-to-toilet pipeline” will have severe consequences for wildlife, Indigenous communities and the global climate if no action is taken.

“For all forests’ value, we are quite literally flushing them down the toilet,” the report reads.

“Across the world, forests are being cut down to become throwaway tissue products such as toilet paper, facial tissue, and paper towels. Most of the time, these products end up in the trash can or toilet after one use – their toll on the environment forgotten or ignored.”

The U.S. leads the world in toilet paper use, with one estimate putting the average American’s toilet paper consumption at 141 rolls per year, or about double the rate of Italy and France. Americans are believed to represent more than 20 per cent of the global toilet paper market – and to put more of an emphasis on comfort than most people when it comes to their toilet paper selection.

“American consumers often have no idea where their tissue products come from and the environmental costs of the purchasing decisions they make,” Shelley Vinyard, a co-author of the report, told CTVNews.ca.

Where toilet paper comes from

Most of the toilet paper used in the U.S. is made from wood pulp, and most of that pulp comes into the country from the north. Canada has more than one billion acres of boreal forest, more than one million of which are affected annually by industrial logging. That activity releases carbon emissions into the atmosphere and leaves behind degraded forests which are less able to absorb greenhouse gas emissions.

“The Canadian boreal is one of the most important forests in the world. It’s the world’s largest remaining intact forest,” Vinyard said.

“It’s disappearing before our eyes at a rate of seven NHL hockey rinks a minute.”

According to the report, Canada’s boreal forest removes enough carbon dioxide and equivalent gases to offset the emissions of 24 million passenger vehicles. Clearcutting creates an estimated 26 million metric tonnes of carbon dioxide emissions per year, or about 12 per cent of the total emissions cut Canada agreed to as part of the Paris agreement.

In addition to the emissions, industrial logging can represent a threat to people in the approximately 600 Indigenous communities living in the boreal forest.

Then there are the impacts to wildlife. Boreal caribou are often used as an indicator of the ecosystem’s overall health. Their boreal forest habitat in North America is now about half the size it was at its peak, and their population is believed to be declining by more than 30 per cent every 18 years, with logging activity considered the greatest threat to their numbers.

“If the boreal caribou are compromised, so are the Canada lynx, the American marten, and billions of migratory birds,” the report reads.

What can be done?

Toilet paper is not the only item with which people can wipe themselves clean. The report notes that snow, moss, corncobs and catalogues were all in widespread use before toilet paper was popularized in the early 20th century.

There are also materials which are much more similar to the virgin pulp used in modern toilet paper. Some toilet paper manufacturers have reduced their impact on the environment by using recycled pulp, wheat straw or bamboo.

“Use of these materials to create tissue can dramatically reduce our destructive impact on the boreal and other forests around the world,” the report reads. Toilet paper made from recycled material has a greenhouse gas impact about one-third that of toilet paper made from virgin pulp.

According to the report, though, the three largest toilet paper manufacturers in the U.S. have yet to adopt alternatives to virgin pulp in any significant way.

“The companies with the largest market shares have the power to make a significant difference for the future of our world’s forests. Instead, they largely adhere to decades-old tissue formulas that have taken a devastating toll on forests,” the report reads.

Virgin pulp makes up nearly one-quarter of Canada’s total pulp and paper exports, with the U.S. as its primary customer.

In addition to choosing more environmentally responsible toilet paper, consumers can reduce the impact wiping their bums has on the boreal forest by simply using less toilet paper.

The global trend, however, is moving in the opposite direction. An increase in toilet paper uptake in the developing world has helped push tissue products to become the fastest-growing part of the paper industry, with production increasing by about 3.5 per cent every year between 2010 and 2015.