Hermit crabs are confusing plastic for shells and it's killing them 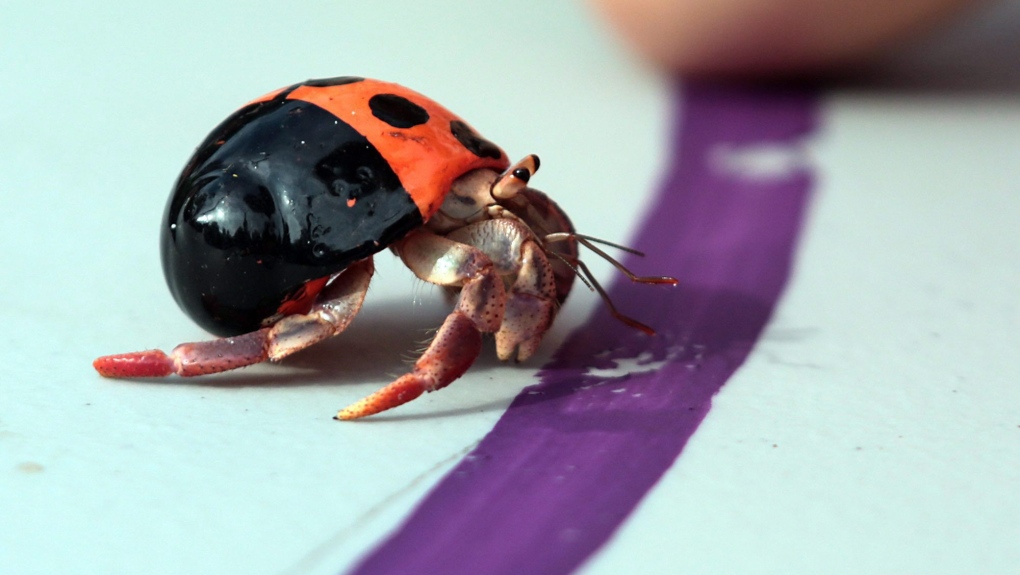 More than half a million hermit crabs have been killed after becoming trapped by plastic pollution on two remote islands, a new study from the University of Tasmania found.

Research teams estimated that about 508,000 of the crustaceans have been killed in the Cocos (Keeling) Islands in the Indian Ocean and about 61,000 on Henderson Island in the Pacific after getting stuck in debris such as plastic bottles, which researchers said served as "deadly traps."

Hermit crabs do not have shells of their own, and instead use empty shells or hollow objects to shelter and protect their bodies.

"When we were surveying debris on the islands, I was struck by how many open plastic containers contained hermit crabs, both dead and alive," Jennifer Lavers, who led the study, said in a statement.

The study, led by the Institute for Marine and Antarctic Studies (IMAS) at the University of Tasmania, found that discarded plastic created a "physical barrier" for wildlife attempting to navigate their surroundings and acted as a trap for the crabs.

The research team carried out surveys across a range of sites on the islands to establish how many containers had potential to trap the crabs, and found that around 1-2 crabs per square metre had been trapped by the debris.

Alex Bond, from London's Natural History Museum, which assisted with the study, described the problem as "insidious."

He said: "Hermit crabs do not have a shell of their own, which means that when one of their compatriots die, they emit a chemical signal that basically says 'there's a shell available' attracting more crabs who fall into the containers and die, who then send out more signals that say there are more shells available."

"Essentially it is this gruesome chain reaction," he added.

In the study, published in the Journal of Hazardous Materials, researchers warned that marine plastic pollution is a global issue, and that comparable losses of the crabs on a global scale would impact on ecosystems.

"Hermit crabs play a crucial role in the health of tropical environments by aerating and fertilising soil, and dispersing seeds and removing detritus, as well being a key part of the marine ecosystem," Lavers warned. "Their population degradation is more than just a risk to the natural environment," she added.

"High concentrations of debris are now being encountered on beaches around the world, many of which are also home to hermit crabs that can be expected to interact with plastic pollution in the same way as those we studied," Lavers added.

In May, researchers revealed that 414 million pieces of plastic were found washed ashore on the Cocos (Keeling) Islands.

Much of the rubbish was single-use consumer items such as bottle caps, straws, shoes and sandals, eco-toxicologists from the University of Tasmania said at the time.