Flat-Earther to blast off Sunday in homemade, steam-powered rocket 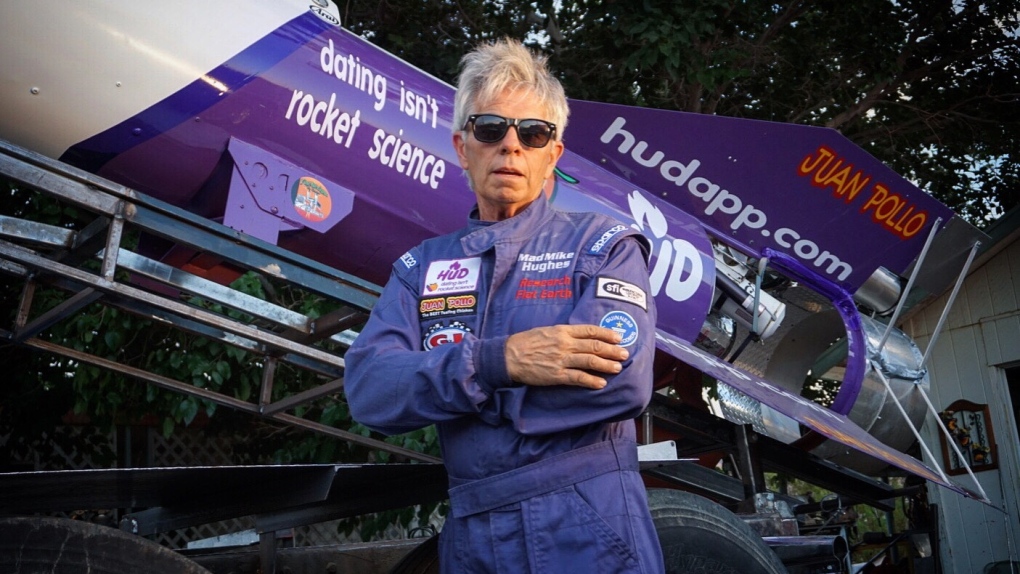 Daredevil ‘Mad’ Michael Hughes poses in front of his homemade, steam-powered rocket, ahead of a planned launch on August 11, 2019. (Source: Popculture PR)

A Flat-Earther is looking to blast off toward space in a homemade, steam-powered rocket, in a launch he’s dedicating to U.S. President Donald Trump.

Self-taught scientist “Mad” Mike Hughes plans to launch himself more than 1,500 metres into the sky on Sunday.

The 62-year-old limo driver and amateur rocketeer has gained attention in the past for his launches. He had several failed attempts before his first successful launch in March of last year.

Hughes successfully launched his rocket off a ramp made from a mobile home and scaffolding, making it 572 metres into the sky on the rocket before deploying his parachute and gliding back to Earth.

Amazingly, he walked away from the launch with only a sore back.

This time his sights are set even higher, tripling the height of the previous launch with an upgraded version of the rocket that he launched last year.

Decked out with emojis and the logo of the mission’s primary funder hud, a “hookup and casual dating” app, Hughes is looking to blast off to new heights.

Hughes says that Sunday’s launch is the first step towards his eventual goal of reaching the Karman line, which is the boundary between Earth’s atmosphere and outer space.

While there is no universally accepted number for the Karman line, NASA’s standard is 80 km above sea level.

To get to that point, Hughes told The Associated Press in 2017 that he was working to design and build a “rockoon” – a rocket that is carried into the atmosphere by a gas-filled balloon before being launched – theoretically taking Hughes the 109 kilometres he would need to see the curvature of the Earth.

Hughes is an outspoken flat-Earther, telling The Associated Press: "I don't believe in science … There's no difference between science and science fiction."

Hughes is dedicating the launch to Trump, saying he hopes inspire Americans to make the “country great again.”

The launch is set to be filmed as part of a new Science Channel show titled, “Homemade Astronauts.”