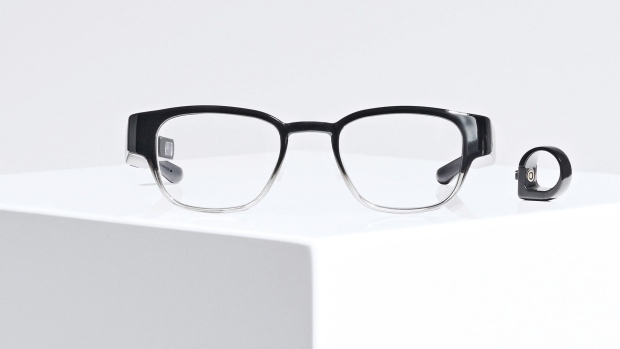 A pair of Focals glasses, which receive and send text messages, order Uber rides, display the time and weather and do anything Amazon's voice-based virtual assistant does, are shown in a handout photo. THE CANADIAN PRESS/HO-Thalmic Labs

TORONTO -- An Ontario-based tech company acquired by Google last month has told customers that its smart glasses will no longer work after Friday.

North, which started as Thalmic Labs in 2012, announced on June 30 that it would be "winding down" production of its Focals smart glasses following the acquisition. After July 31, the "smart" element of the glasses will be unusable.

In a statement posted on the company's website, North said Focals 1.0, its first generation of smart glasses released last year, will be discontinued. The wearables company also said it has cancelled any plans to ship its second-generation Focals 2.0.

"Focals smart glasses and its services are being discontinued and will no longer be available after July 31, 2020. You won’t be able to connect your glasses through the app or use any features, abilities, or experiments from your glasses," the statement read.

As of Saturday, users will no longer be able to log into the Focals app and its support services will be discontinued. The app will also be removed from Google Play and the Apple App Store.

The Focals app will show a "You seem to be offline" error message once it has been disabled and customers will no longer be able to log in.

North recommends users delete the app from their mobile devices.

The company said full refunds will be given for all paid Focals orders, in the original payment method. Once the refunds are processed, North said its customers should see the money back in their accounts within a few business days.

North said it will reach out to select customers if the company is unable to process their refunds.

In an email to CTVNews.ca, a Google spokesperson said the company has "nothing else to add beyond" North's online statement.

Those who would like to delete their personal data from Focals can complete a Factory Reset through the Focals app before Friday. Customers can also contact North directly to remove their account data and sizing information.

The Kitchener-Waterloo company unveiled its Focals smart glasses back in October of 2018, two years after receiving US$120 million in funding from investors including Amazon and Intel.

After being acquired by Google in June, North's co-founders issued a statement saying they appreciate the support they’ve received from Focals customers and hope those customers will "continue the journey with us as we start this next chapter."