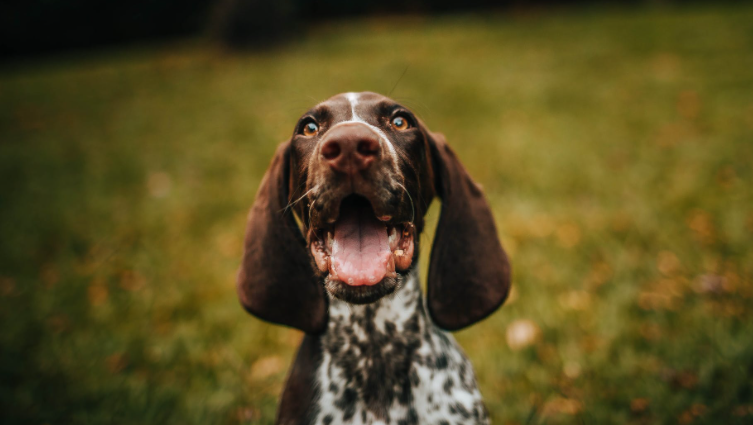 A dog is seen in this stock image (Pexels/Helena Lopes)

TORONTO -- A new study suggests that dogs, like humans, are self-aware and likely understand the consequences of their actions.

The findings, published in the Scientific Reports journal Thursday, say that dogs are able to display “body awareness,” a manifestation of self-representation.

Self-representation is a concept describing how you view yourself, and the image you hold in your mind of yourself – a construction of your own identity.

Part of that concept is “body awareness” or physical “self-awareness” – a recognition of how your body relates to a space physically. The study said that infants as young as five months old are able to recognize their moving legs on video as an example.

“Body awareness, which is ‘the ability to hold information about one’s own body in mind, as an explicit object, in relation to other objects in the world’ can be considered as one of the fundamental building blocks of self-representation,” the study says.

And while it is generally accepted that most species possess some basic sense of self-perception, “body awareness” is a trait distinctly applied to humans, and scientists have been attempting to discover if animals possess it as well.

Dogs have an extensive “well-proven account of complex cognitive abilities,” such as empathy and social learning, which makes them an ideal research subject, the study says.

The scientists tested 54 dogs by placing them on a small mat, and giving them commands to pick up and give an object to their owner. The objects were either attached to the mat or the ground underneath the mat in the test conditions.

Many of the dogs realized the issue and got off the mat to complete the task – showing a sense of being “body aware,” the study says.

In the second test, researchers attached the ball to the ground underneath the mat and gave commands for the dog to give the ball to their owner. This was to test whether the dogs understood the difference between “there is an obstacle” versus their “body is the obstacle.”

When the ball was attached to the ground, the dogs left the mat less frequently, which the study suggests show that dogs do recognize when their body is or isn’t an obstacle to the command they were given.

The researchers say the dogs showed “the first convincing evidence of body awareness through the understanding of the consequence of one’s own actions in a species where previously no higher-order self-representation capacity was found.”

Researchers said the study also showed that dogs might be able to register their own action and the consequences of them - and separate them from other external stimuli.

Researchers believe their findings will help them test for “body awareness” in other animal species moving forward.