Unemployment rate for immigrants to Canada at lowest level in years 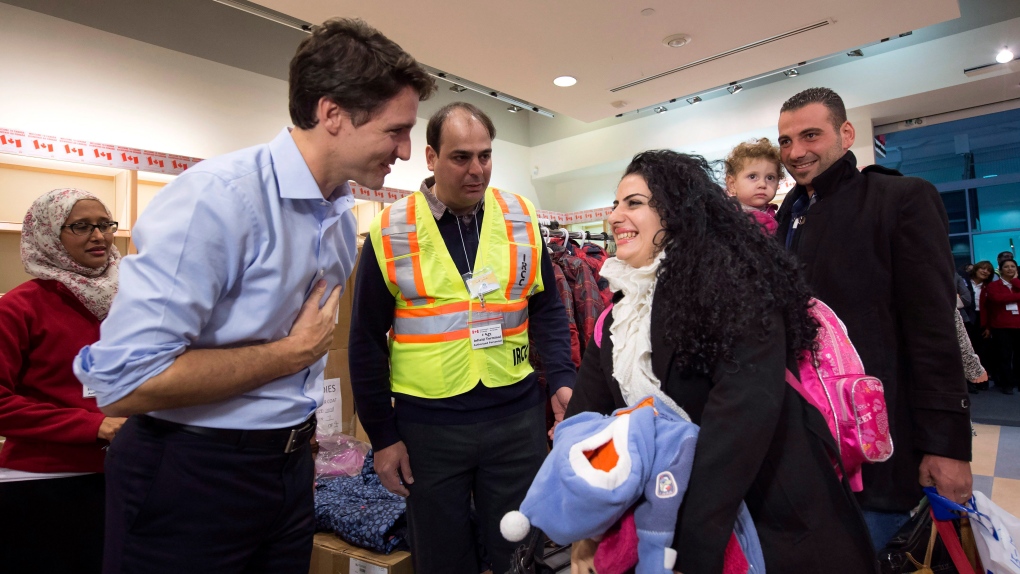 Canadian Prime Minister Justin Trudeau greets a family of refugees from Syria as they arrive at Pearson International airport, in Toronto, on Friday, Dec. 11, 2015. (Nathan Denette / THE CANADIAN PRESS)

OTTAWA – The employment gap between newcomers and Canadian-born workers continues to narrow as immigrants make up a growing percentage of the Canadian labour force, says new data from Statistics Canada.

According to a Dec. 24 report from Statistics Canada, the immigrant unemployment level is at its lowest since 2006, when the data first started to be collected.

The research released on Dec. 24 looked at the Canadian immigration labour market data between 2006 and 2017. Specifically the findings are based on data from the monthly Labour Force Survey, focused on landed immigrants aged 25-54, known as the "core working-age."

It found that in 2017 the core working-age immigrant employment rate rose to 78.9 per cent, the highest it's been since Canada's data agency started tracking newcomers' employment rates.

This is in contrast to the employment rate of Canadian-born people, which was at 84 per cent in 2017.

"Most of the growth in immigrant employment was in professional, scientific and technical services; finance, insurance, real estate and leasing services; manufacturing as well as health care and social assistance," the report states.

Among the reports' other key findings:

He also said that employment is key to the successful integration of newcomers to Canada.

The research also shows that all provinces have experienced an increase in core-age immigrants since the data collection began in 2006.

British Columbia and Ontario continue to have the largest share of immigrants, while Alberta and Saskatchewan have both seen considerable increases in core-aged immigrants since 2006.

Atlantic Canada’s share of core-aged population composed of immigrants remains the lowest nationwide, at 6 per cent in 2017 up from three per cent in 2006.

Among major metropolitan areas, in 2017 Toronto had the largest share (37 per cent) of Canada's core-aged immigrant population, though this percentage is down from what it was in 2006 (42 per cent.) Meanwhile, other major cities such as Montreal, Calgary, and Edmonton have seen increases in the number of immigrants making up their workforces.

The report predicts that come 2036, nearly half of the Canadian population will comprise of immigrants and second-generation individuals.