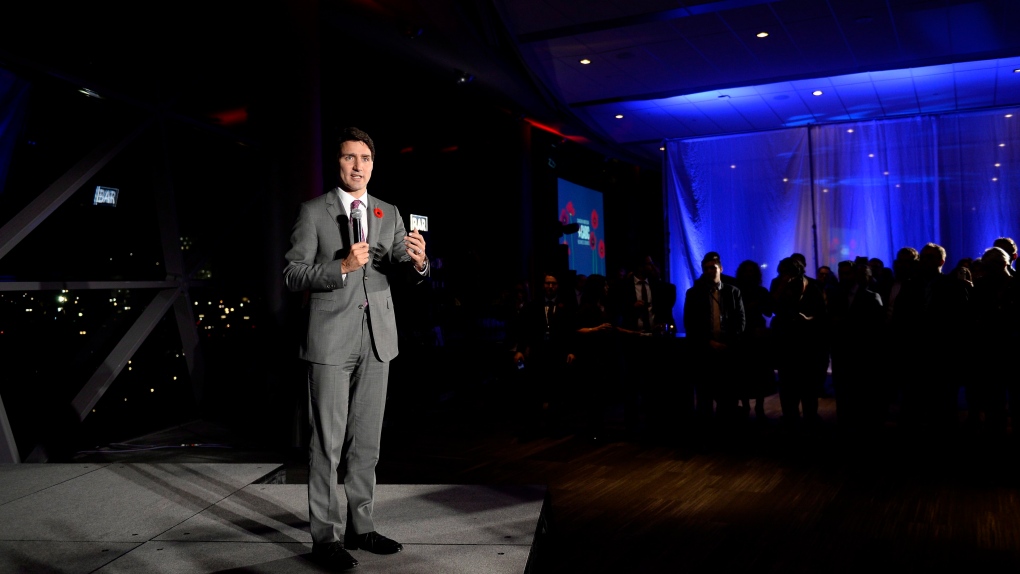 OTTAWA -- Prime Minister Justin Trudeau has set off on a 10-day voyage across Europe and Asia to pursue his oft-stated goal of finding markets for Canadian goods and services beyond the United States.

Trudeau travels first to France, then on to summits with other world leaders in Singapore and Papua New Guinea, looking to push trade across the Pacific.

Observers say Trudeau's biggest test will be in the last two stops.

Canada has shown repeated interest in trading with Asian nations on the Pacific Rim over the years, but has failed to make sustained progress in a region where trade deals often depend on personal relationships.

International Trade Minister Jim Carr will join Trudeau there, where he will have face-time with leaders from a 10-nation bloc known as the Association of Southeast Asian Nations (ASEAN) and then with a larger group of world leaders at the annual APEC leaders' summit.

"For a domestic audience, the prime minister and other ministers will have to demonstrate that this trip advances the trade diversification agenda in a significant way," said Sen. Yuen Pau Woo, an independent appointed by Trudeau and an expert on the Asia-Pacific region.

"What our counterparts will want to hear is that Canada is not retreating into a fortress North America with the signing of NAFTA 2.0, that the trade diversification agenda is sincere and has teeth and resources and determination behind it."

Foreign-policy experts who keep track of Canada's trade interests in Asia caution that Trudeau is likely to return home with a series of project agreements rather than any major new trade treaties.

Combined, the ASEAN countries would be Canada's sixth-largest trading partner and exploratory free-trade talks with them are going slowly -- though some are included in a larger trade treaty with Pacific Rim countries that Canada just ratified, meaning it will soon come into force.

Canada already has a trade deal with Europe, most of which kicked in last year, eliminating tariffs on numerous goods. But a small part of the deal still needs to be ratified by each member of the European Union.

Former Quebec premier Jean Charest, who now specializes in international business as a partner with law firm McCarthy Tetrault, said if enough countries approve the remaining portions, the deal becomes irreversible. A large European player such as France, Germany or Italy would likely seal the deal.

The unsteady political situation in Italy and German Chancellor Angela Merkel's recent move toward retirement leave France as Canada's only option to nail down the agreement quickly before European elections in the spring, Charest said.

"If you get a new parliament that is voted and campaigned against this, then you're in a new political zone," Charest said. "Trudeau should be pressing (French President Emmanuel) Macron -- who controls his majority in the national assembly -- to move ahead with this as rapidly as possible."

France's ambassador to Canada, Kareen Rispal, said it is better to let Europeans see the benefits of the deal, known by the acronym CETA, slowly instead of rushing into a debate about its merits before the EU elections.

European elections often turn into a protest vote and are "a call for all the populists," Rispal said.

"It's a very tricky campaign," she said. "If we have CETA in the campaign, we think it's not a good idea."

Before all the trade talk, Trudeau is to mark the 100th anniversary of the end of the First World War, first at Vimy Ridge on Saturday where he will meet with veterans and tour the monument built to memorialize the "War to End All Wars."

About 10,500 of those deaths happened at Vimy Ridge as Canadian troops captured the strategically important spot from the Germans.