Trudeau looks to turn the page on China, India with major foreign trip 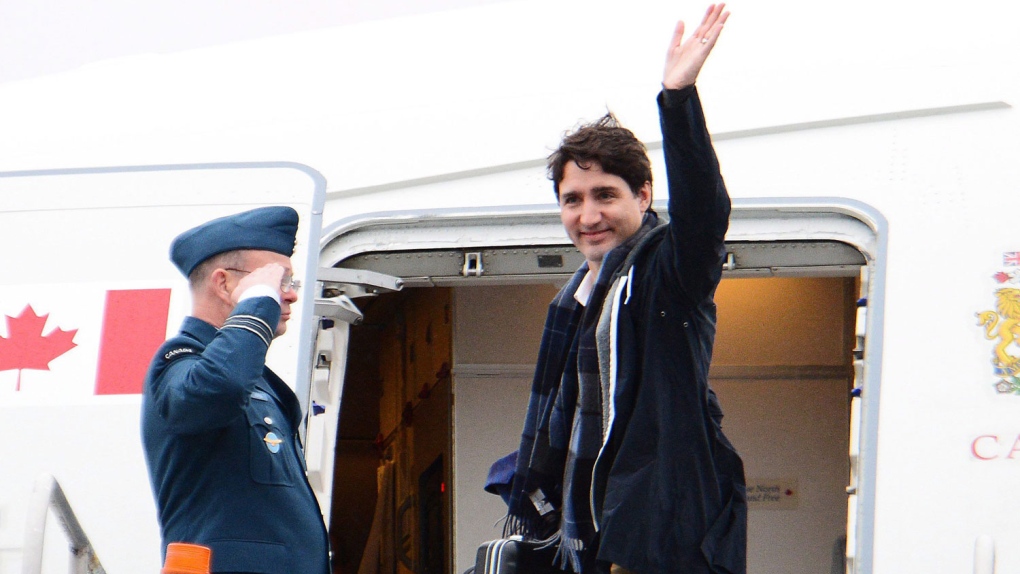 OTTAWA -- Prime Minister Justin Trudeau will be looking to turn the page on his widely criticized trips to China and India -- and land some new trade partners for Canada -- when he embarks Thursday on a major 10-day foreign tour, including two major international summits with leaders from around the globe.

The stakes will be high, starting with Trudeau's first stop in Peru for the 8th Summit of the Americas, which plays host every four years to more than 30 countries across the Western Hemisphere.

There had been speculation that Canada, the U.S. and Mexico would announce some form of an agreement in principle on a new North American Free Trade Agreement. But while high-level talks are still expected to take place, the absence of U.S. President Donald Trump -- he's staying home, ostensibly to oversee the possible American response to a chemical attack in Syria -- has dampened talk of ceremonial surprises.

Instead, the meeting is likely to be dominated by the political crisis in Venezuela, where president Nicolas Maduro, who will also not take part, has abandoned all pretence of democratic rule, cracking down on dissent in the face of spiralling economic calamity.

Canada has been an outspoken critic of Maduro and will no doubt join the chorus of condemnation in Peru while pushing for a tougher stand against corruption throughout the Americas.

Trudeau will also meet with leaders from the Pacific Alliance, a trade bloc comprising Chile, Colombia, Mexico and Peru, all of which have free trade deals -- and close political relationships -- with Canada. He'll also get a rare chance to meet with Latin America's largest trading bloc, Mercosur, which counts powerhouse Brazil as well as Argentina, Paraguay and Uruguay among its members.

With the fate of NAFTA up in the air and efforts afoot to diversify trade away from the U.S., Canada and Mercosur quietly held a first round of free trade talks in March.

Indeed, Trump's absence could offer the perfect chance for Trudeau to speak freely with Mercosur leaders and other potential trade partners, said Pablo Heidrich, an expert on Latin America at Carleton University in Ottawa.

"He may be able to have a more direct conversation with Latin America," Heidrich said. "That could open more space for Canada to further its negotiations in trade agreements and to try to sell something to other countries or to the same countries that Canada is already interested in."

Trudeau, however, can't afford the sort of missteps that plagued him in China and India.

Observers will be watching to see how far he goes in opposing Trump's controversial comments on Latin American immigrants, as well as in promoting western democratic values without coming across as arrogant or preachy.

"Lecturing is what really brought Trudeau down in China and in India," Heidrich said. "And so I hope the Canadian diplomacy does not go into lecturing, because it is not going to go well."

Officials say the prime minister will also likely make Canada's case, both during his visit to Peru and throughout the rest of the trip, for a UN Security Council seat in 2020.

Following two days of meetings in Peru, Trudeau will travel to Paris for his first official visit to France. There he will meet French President Emmanuel Macron, address the French National Assembly and hold several speaking engagements.

The visit will include a heavy emphasis on business, particularly in the context of the new Canada-EU free trade deal, but is also expected to include discussions on climate change, Russia, Syria, rising nationalism and Mali.

Canada has committed six military helicopters to the UN peacekeeping mission in Mali, where France has been conducting counter-terror operations for years alongside troops from several neighbouring African countries.

The prime minister will end his tour in London, where he will meet the Queen and British Prime Minister Theresa May before joining leaders from 52 other nations for the Commonwealth Heads of Government Meeting, where trade will top the agenda -- particularly in the face of Britain's imminent departure from the EU and a natural impulse to look to its former colonies as new trade partners.

"With or without a formal trade agreement, the Commonwealth is already a group of countries who have a huge opportunity to enhance and facilitate trade between them," Commonwealth secretary general Patricia Scotland said in an interview.

Brexit is also being seen as a potential catalyst for re-energizing the Commonwealth, thanks to a newly engaged British government, following years of questions about the organization's importance.

The meeting, whose participants include a number of African and Asian countries such as Nigeria, Kenya, Rwanda, Pakistan and Bangladesh, is also expected to tackle concerns about human rights and democracy.

One issue close to Canada's heart that won't get individual billing during the London meeting, however, will be LGBTQ rights; member states have taken it off the agenda.