The challenges ahead for the Liberal government 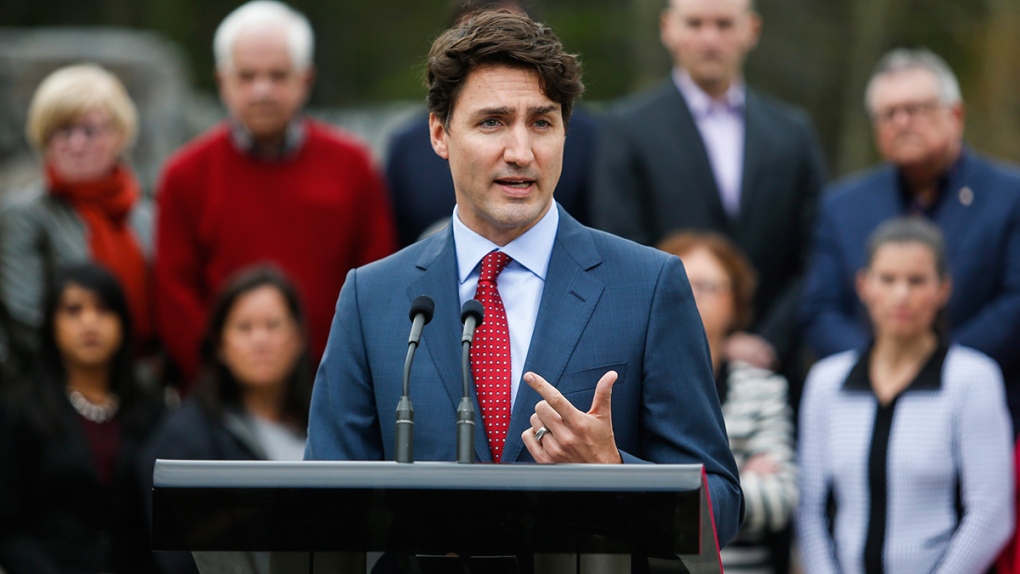 The Liberal government checked off a number of the biggest items on its to-do list in 2016 -- introducing the Canada Child Benefit, withdrawing fighter jets from the mission in Iraq and Syria, a national climate agreement and meeting with the premiers -- but some are only partly underway. An inquiry into missing and murdered indigenous women is set to kick off early in the new year, with the promised legislation to legalize marijuana seemingly on the way.

But less than half-way through its mandate, the government has big challenges ahead -- mostly of the economic sort. The deficit is growing, but that spending and the boosted child tax benefit didn't ignite the economy the way the Liberals had hoped. Further, the government will soon encounter a much different president of the U.S., making relations with Canada's biggest trading partner uncertain. And that's not the only major foreign affairs challenge: the government said it expected to decide on the destination for its new peacekeeping mission by the end of the year, but that announcement now seems delayed into 2017.

With all of that in mind, CTVNews.ca asked the reporters in the Ottawa bureau to name the biggest challenges the Liberal government will face in 2017.

Donald Trump's surprise victory may put a strain on Canada-U.S. relations, at least at the very top. After his so-called bromance with exiting president Barack Obama, Justin Trudeau will now contend with a totally unpredictable Donald Trump, who has already said he wants to renegotiate or trash NAFTA, rewrite parts of U.S. foreign policy, build pipelines and refineries, and revisit NATO. On an economic level alone, Canada's relationship with the U.S. is worth $880 billion. 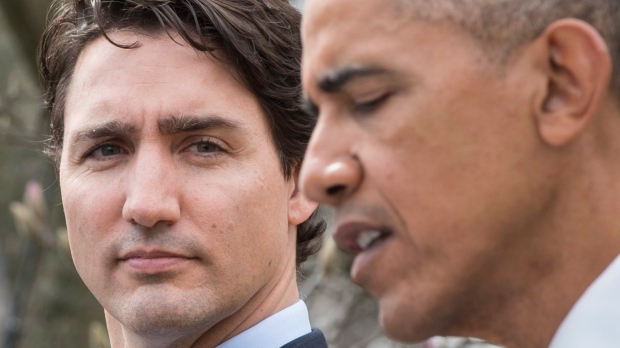 For Canada's prime minister, the new reality in Washington will be one of his 2017 challenges. The unknown south of the border has caused some trepidation at Global Affairs Canada and even in the Prime Minister's Office.

To find the biggest challenge for the Liberals in 2017, the government need only look in the mirror.

A curious sense of arrogance and entitlement has seized the governing party mindset, unusual this early in a fresh mandate, which they must suppress. Be it their intransigent denial of facing a perception of conflict with cash-for-access fundraisers, their assorted mini-scandals over ministerial perks, manipulating consultations to obtain a desired outcome or belittling opposition efforts at committee collaboration, the Liberals are a government prematurely aging attitudinally.

It's a real change all right. But that's not the change Canadians wanted from the last election.

New Year's Eve might be the last time Justin Trudeau pops a cork for a long time, as 2017 will present him with two massive challenges: economic growth and Donald Trump. With a deficit already running to $30 billion -- three times what he promised in the election campaign -- Trudeau has yet to see any real economic or job growth. If the government's second budget takes the country even deeper into the red to kickstart the economy, Trudeau will be faced with both a fiscal and a credibility deficit.

After an ambitious first 13 months in power, the government's year ended with a group of furious premiers, no deal on health care, controversy swirling over pipelines and young people wondering why those long promised jobs never materialized.

And there's much more to come: in January he'll face the ultimate Buy American president, Donald Trump. Trump's plan to rip up NAFTA, protect American jobs, lower corporate income tax and loosen environmental regulations will be a massive challenge to Canadian business, especially as they prepare to adjust to a price on carbon. Trudeau needs to make the case to isolationist Trump that nine million American jobs depend on free trade with Canada, but that kind of communication is easier done within a close, trusting relationship. 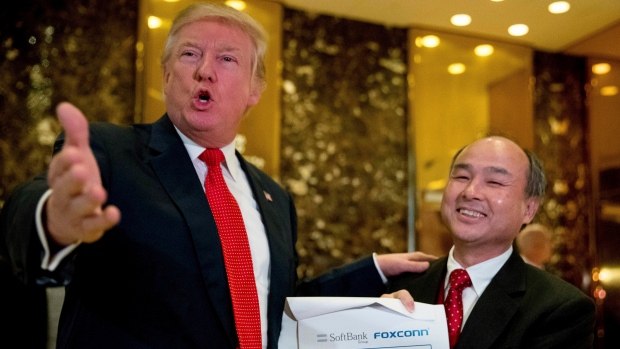 At this point, there is no indication that Trudeau will have the kind of bromance with Trump that he had with Obama. Even if they never swap Christmas cards, the trading relationship with the U.S. will be the biggest item on the government's new year agenda.

The commitment to a new and significant peacekeeping mission will be a major challenge for the government in 2017. The Trudeau Liberals are expected to commit to a deployment to Africa, likely Mali, a country where more than 100 peacekeepers have been killed since 2013. The government faces the very real possibility of Canadian troops being killed. Trudeau and Defence Minister Harjit Sajjan must be able to explain to Canadians - and especially to soldiers' families - why they believe this mission will be worth the risk.

And since neither people nor equipment resources are infinite, the government will have to determine which current obligations they'll keep when it comes to missions like Operation Reassurance in Ukraine, and which they need to end. Finally, they must set an exit strategy and realistic benchmarks by which to measure mission progress.

It seems everyone who's stepped foot in a hospital room can attest to the challenges facing Canada's health care system -- a system that is part of our collective national identity. And that's why the topic generates a lot of impassioned debate, and sometimes a full-on showdown, as we've seen this year between the provinces and the federal government. 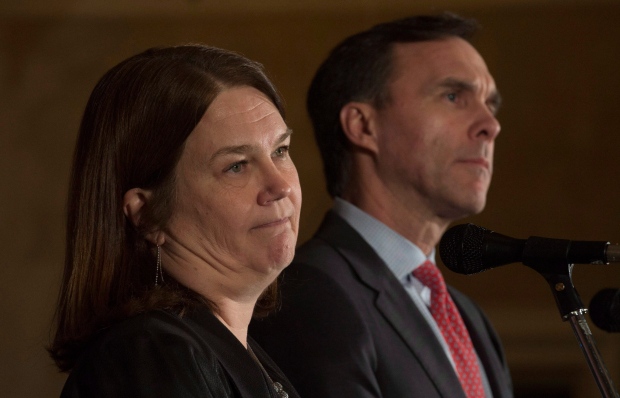 The coming year will be a major test for both sides. The stakes are high: the Liberals campaigned on a pledge of co-operative federalism and targeted funding towards mental health and home care. Their offer to the provinces and territories was fair, they say, in this climate of weak economic growth: $11.5 billion over 10 years, with 3.5 per cent annual increases in health transfers for each of the next five years. But it was rejected by the provinces, who insist they need more money just to keep the lights on at hospitals. They want flexibility to use any extra money as they see fit and they don't want cash with strings attached.

The clock is ticking. In April, the annual increases in federal health transfers to the provinces drop in half from the current six per cent to three. No doubt the provinces need the money. And the feds need to save face after their public defeat. But who needs this deal the most? You. Me. Our parents. Our grandparents. The longer the two sides keep talking without a meeting of minds, the longer the average Canadian suffers.

The federal government has a huge task at hand as it heads into its second full year in office. It needs to move forward with governing, and at the same time continue to fulfill its election promises and the vision it set out for Canadians. But that's harder than it sounds: we are already starting to see the government waver on its ability to co-operate with provinces. In October, while Environment Minister Catherine McKenna was meeting her counterparts in Montreal, Trudeau pre-empted the talks by standing in the House to announce he would enforce a carbon tax on provinces that refused to implement their own. Last month, the federal government withdrew its health-care funding offer when the premiers pushed back, demanding more money.

With just more than a year in power, co-operation and transparency is already starting to take a backseat. The question is whether they can get back on track and, if not, whether voters will hold it against them in 2019.

The Liberal promise to legalize marijuana might be tougher than it seems. Health Minister Jane Philpott says the government will table legislation in the spring of 2017. News that had many recreational users buzzing, with visions of sparking up legally on April 20th, a date revered by cannabis connoisseurs around the world. In reality, new marijuana laws are likely to move at a glacial pace, with existing international treaty commitments, and a non-weed friendly administration south of the border that could complicate the process for Canadian legislators. Not to mention the unanswered questions of how and where it should be sold.