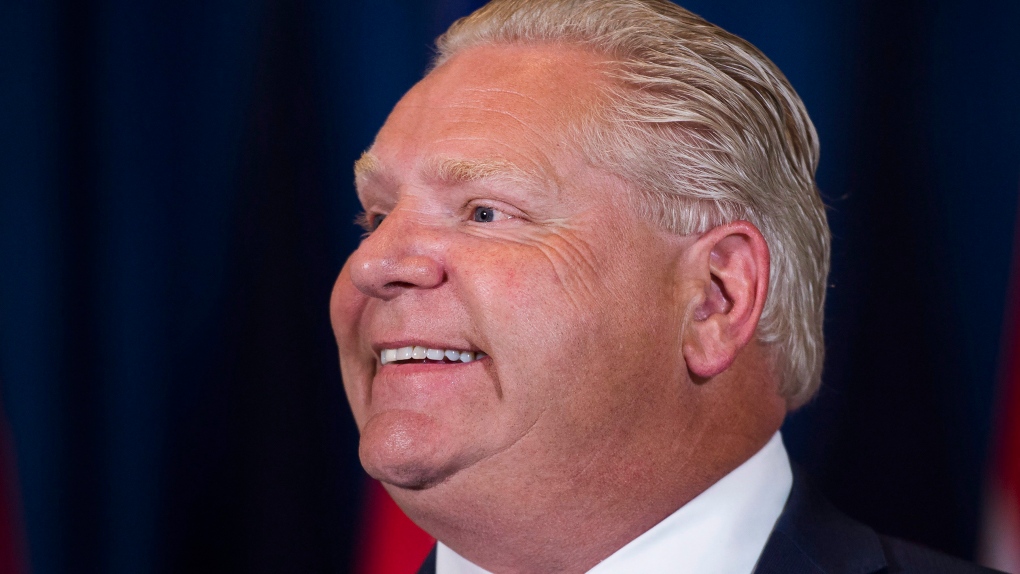 Ontario premier-elect Doug Ford speaks to the media after winning the Ontario Provincial election in Toronto, on Friday, June 8, 2018. THE CANADIAN PRESS/Nathan Denette

CALGARY -- Solar industry participants say they expect more investment to flow to Alberta and the United States in the wake of premier-designate Doug Ford's vow to axe Ontario's cap-and-trade system and the Green Ontario Fund consumer rebate program it fuels.

Exhibitors at the Solar Canada conference in Calgary -- which is being held outside of Ontario for the first time in its 20-plus-year history -- say the decision means they expect to do less solar energy-related business in Ontario.

Toronto-based SolarWall, which makes solar heating systems for buildings, was poised for "explosive growth" in Ontario but will now concentrate on finding contracts in the United States or Alberta, said Todd Marron, North American sales manager.

"All of that money in Ontario is going to Alberta right now. Or back to the safe haven of California," he said in an interview at his company's exhibition area booth.

"There was a ton of investment coming into Ontario."

The Ontario market for his company's solar array mounting systems will slow down considerably because of the Ford government's moves, said Peter Aulich, CEO of Toronto-based KB Racking.

"We have some hopes for the Alberta market right now but I see for the next year or two the Ontario market will be fairly slow in terms of new jobs," he said.

"I'm hopeful we can keep our staff just from the other projects we get from Alberta or the U.S."

He said many of KB Racking's products are made with aluminum and steel, pointing out that the U.S. government's tariffs on those metals have increased prices for his customers in both the U.S. and Canada.

Exhibitor Randy Fillmore, national sales manager for Ontario-based Fusetek, which imports and sells electric fuses, said he's willing to give the Ford government a chance to prove that cancelling the previous government's policies will create a more business-friendly environment that will allow everyone to prosper.

Alberta is preparing new rules for an upcoming renewable energy procurement process that will encourage solar electricity proposals after a previous round selected only wind power projects, Alberta Infrastructure Minister Sandra Jansen said during a speech at the conference.

She said the formal procurement process will launch in August and wrap up before the end of the year.

"Show us what you can do. Make us an offer we can't refuse," she said to conference delegates.

The industry in Ontario is strong enough and the cost of solar power has declined to the point that it will be able to survive without government aid, said Thomas Timmins, chairman of the conference host Canadian Solar Industries Association.