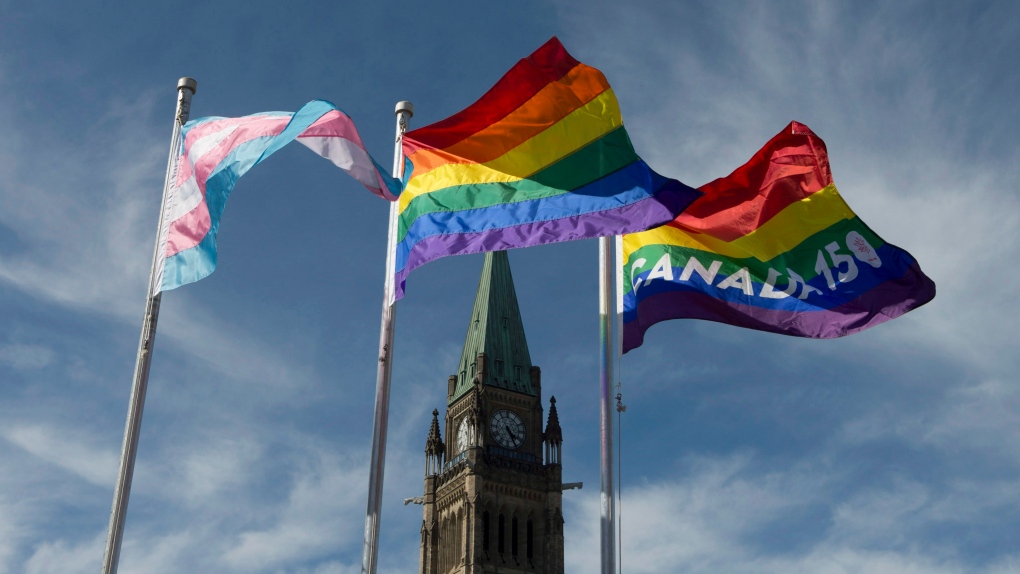 OTTAWA -- Transgender Canadians will soon have the same human rights protections as everyone else, after the government's attempt to add gender identity to the Canadian Human Rights Act passed in the Senate Thursday afternoon.

Bill C-16, which adds gender identity and expression as prohibited grounds for discrimination under Canadian law, was introduced more than a year ago. MPs voted in favour of it last November and sent it on to the Senate, where senators raised concerns about it imposing limits on their speech.

It will also extend protection against hate propaganda to include gender identity and expression, as well as to include them as aggravating circumstances to be considered in sentencing for hate crimes.

The bill passed by a vote of 67 to 11, with members of the trans community and Justice Minister Jody Wilson-Raybould watching from the gallery above the chamber.

Nicole Nussbaum, a lawyer with expertise in gender identity and gender expression issues, says she's relieved the bill has finally passed. Parliament has seen earlier versions of the bill for more than a decade, but never approved one.

Including gender expression and gender identity in the Canadian Human Rights Act will "address the really desperate situation that many trans and gender non-confirming, non-binary people experience as a result of discrimination, harassment and violence," she said in an interview with CTVNews.ca.

"The passage of this bill really represents an acknowledgement and welcome to transgender [and] non-conforming people in Canada, and so we are at least in theory, at least in principle, officially equal citizens," she said.

The Senate took seven months to study and debate the bill, a process that included discussions about whether it would force people to use unusual pronouns.

The Canadian Bar Association, which spoke in favour of the bill, called those fears a misunderstanding of human rights and hate crimes legislation.

"Nothing in the section compels the use or avoidance of particular words in public as long as they are not used in their most 'extreme manifestations' with the intention of promoting the 'level of abhorrence, delegitimization and rejection' that produces feelings of hatred against identifiable groups," Rene Basque, president of the CBA, wrote to the Senate legal affairs committee last month.

Nussbaum says it was frustrating to hear those concerns.

"It was very difficult to listen to and to try to understand how senators and other witnesses understood these rights as being something so different than the other rights and the other protected grounds in the act," Nussbaum said.