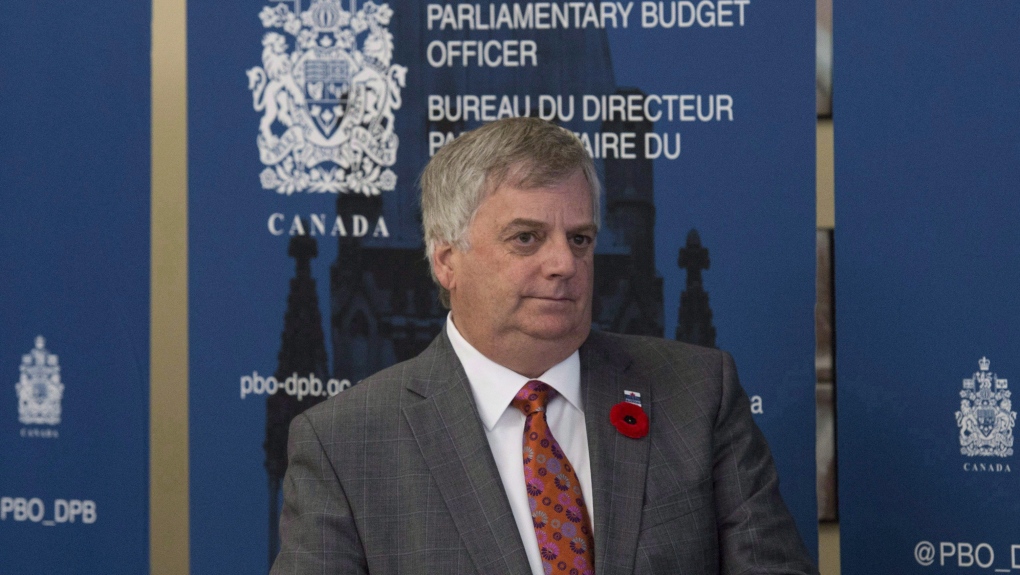 Parliamentary Budget Officer Jean-Denis Frechette is seen before speaking with the media, in Ottawa on November 1, 2016. THE CANADIAN PRESS/Adrian Wyld

OTTAWA -- Resurrecting the per-vote subsidy for federal political parties would cost the public treasury about $44 million annually over the next four years, a new report says -- an expense the Liberal government said Tuesday it has no plans to incur.

A new report from the parliamentary budget officer calculates the potential cost of reintroducing the subsidy, which was introduced in 2004 by the Liberals when corporate donations were banned. By 2015, however, the Conservatives had phased out the subsidies.

The report follows a private member's bill introduced last fall by Bloc Quebecois MP Michel Boudrias that, if passed, would restore public funding for registered political parties in the form of a quarterly allowance of 44 cents per vote cast in the most recent general election.

The bill also proposes lowering the annual individual donation limit to political parties to $525 from the current maximum of $1,575.

In the midst of controversy over so-called cash-for-access fundraisers, Prime Minister Justin Trudeau said in late 2016 that he was willing to consider other options for resolving the problem, including reducing the donation limit and reinstating the per-vote subsidy for political parties, thereby reducing their need to raise large sums of money.

However, Liberal insiders later said those options were eventually rejected -- and the party eventually announced new rules it says will ensure there's more transparency surrounding political fundraisers and that they're no longer private events.

The findings by parliamentary budget officer Jean-Denis Frechette show the cost of reviving the per-vote subsidy would be "quite a significant investment," said Democratic Institutions Minister Karina Gould.

"So, as it stands right now, I think we're pretty comfortable with how parties are financed ... It's not something that we're probably going to be pursuing."

Boudrias defended his bill in a statement Tuesday following the report's release: "Public financing would reduce the influence of private interests on parties and elected officials," he said. "The defence of democracy doesn't have a price."

The legislation also proposes changes to maximum tax credits that individuals would be able to claim for political donations -- an adjustment the parliamentary budget office estimates would increase government tax expenditures by about $2 million per year.

Canada has a total ban on corporate or union donations, and requires that all contributions be disclosed publicly.