PM's plane grounded for 10 months after collision at military hangar 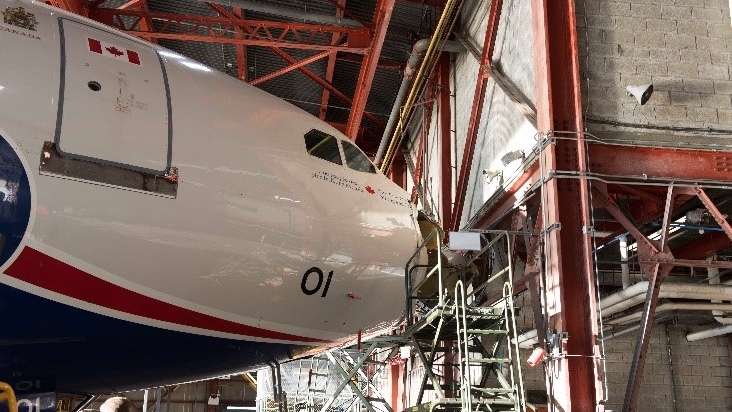 OTTAWA -- Prime Minister Justin Trudeau’s main plane has been grounded until August 2020 after a collision at CFB Trenton left it with a crushed nose and engine damage.

According to the Canadian Armed Forces, the plane — a CC-150 Polaris used to transport the prime minister to international events — was being towed at the military airbase in Trenton, Ont. on Oct. 18 when it sustained “significant structural damage.”

“Engineering teams from Airbus and General Electric assessed the damages and provided an initial repair plan that would see the aircraft return to service in August 2020,” Lt. Col. Steve Neta, director of Air Force Public Affairs, told CTVNews.ca in an email statement.

The crew was switching out tow tractors to move the massive plane into a space not normally used to store the aircraft when it started moving forward on its own, despite chocks being in place and the parking brake being on.

“Attempts to stop the aircraft by the tow crew were unsuccessful,” the military said in its report from the investigator. The right engine struck one of the tow tractors and the nose hit the hangar structure, stopping it.

The investigation into the incident “will focus on materiel and human factors,” but there is no indication of how much the repairs to an already aging plane will cost.

Neta added that there are four other aircrafts that can be used, depending on requirements.

Trudeau took a different plane from the fleet to travel to the NATO Summit in London on Monday.