Philpott may run again under another party banner, denies being 'attention-seeking'

OTTAWA – Former Liberal cabinet minister-turned Independent MP Jane Philpott says she's currently seriously exploring a range of options to continue her tenure as a federally elected politician, and is pushing back on accusations made about her intentions and motivations throughout the SNC-Lavalin scandal.

In an interview with CTV’s Question Period host Evan Solomon, Philpott spoke at length about what she says were limited efforts to have her stay a part of the Liberal team, and her current views on Prime Minister Justin Trudeau's leadership.

Philpott was removed from the Liberal caucus on April 2, alongside former attorney general Jody Wilson-Raybould. The two women were the only Liberals to leave cabinet over accusations from Wilson-Raybould that she faced months of attempts from senior officials to have her intervene in the criminal prosecution of construction giant SNC-Lavalin, out of concern for jobs and the Liberals' political prospects in Quebec.

Philpott quit cabinet on March 4, saying she could no longer defend the government on the affair, and has since spoken out saying she believes Wilson-Raybould and that the Liberals weren’t letting the full story come out.

Upon her ouster Philpott said she had no regrets, but no intention of further pushing for a waiver or study to make more information on the SNC-Lavalin affair public, saying Canadians already know enough to judge the Trudeau government's actions.

In the interview Philpott said she thinks there has been a "significant" amount of evidence of attempted political interference, between the initial Globe and Mail report on Feb. 7 and when the final submissions to the House Justice Committee were made public on the same day as her removal from caucus. 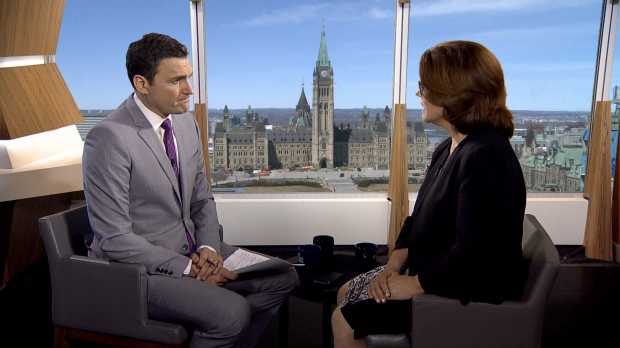 Being courted by Greens, NDP

Looking to the future, Philpott said that she will decide whether or not she'll run again federally "in the next few weeks."

She said that while the door "at the moment" is closed to her running as a Liberal—the party she was elected under as a rookie in the 2015 campaign—she has "been approached by people of other parties and I’m weighing those options."

Philpott said she has had conversations with both the federal NDP and Green Party, but she could not run for the Conservatives, despite leader Andrew Scheer being one of her and Wilson-Raybould’s most vocal supporters over the last two months.

"There are too many policy differences with the Conservatives," she said.

"My constituents are telling me that they still want me to represent them and so if there’s some other path that I can find," Philpott said, adding that she will be door knocking in her riding to see if she could get support under a different party banner, and if so, which one.

"I have not closed any doors. I have a range of options obviously," she said. "I could also run as an independent."

While she said that she still has moments where she is "tempted" to quit politics and return to medicine, there are two key reasons why she's seriously pursuing ways to run again.

"I stood up and said what I believed, tried to advance the truth, tried to stand up on principle… and was essentially pushed away as a result of that. If people that are trying to do the right thing and standing up for truth and justice get pushed away and leave politics forever, I don't necessarily think that’s a good thing, so I’d like to think that I could stay at it," she said. 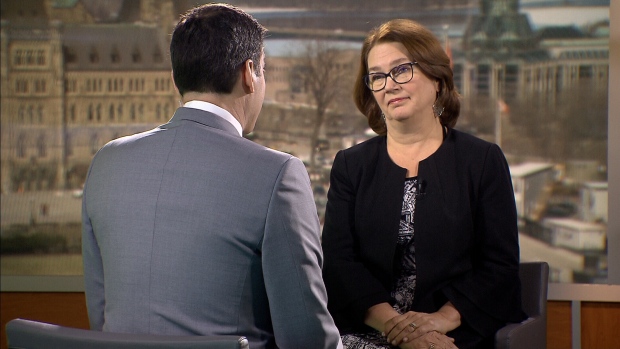 Would 'probably' still be out if vote occurred

Philpott went from a high-ranking and well-regarded cabinet member to a caucus-less independent MP in a matter of months. Since her ouster she has not shied away from the spotlight. She’s offered several media interviews and on Tuesday launched political Ottawa into a procedural debate over the possibility Trudeau contravened a law that governs Parliament and impeded on MPs' rights when he expelled her and Wilson-Raybould from the Liberal caucus.

Liberals were quick to push back, saying that at the start of this Parliament the Liberal caucus -- including Philpott and Wilson-Raybould -- agreed not to require majority votes on caucus ejections, among other things.

By Thursday, House of Commons Speaker Geoff Regan, whom Philpott asked to rule on the matter, instead shut it down, saying he could not conclude that her rights as a member were infringed on, and that he has no role in interpreting caucus votes.

Reacting to the Speaker's ruling, Philpott said that it was a "difficult decision" to bring the matter up, and said it wasn't about trying to cause more trouble. She said this instance was a different circumstance than other times MPs have been removed, or have removed themselves from caucuses.

She acknowledged that even if a formal vote had occurred, the outcome would have likely been the same.

"A majority would have probably voted for us to be expelled, but this isn’t about me, this is about all members of Parliament," Philpott said. "We come to Ottawa to represent our constituents, we have to be able to have a fair voice and if one is going to give power to the leader of a party to expel unilaterally then that should be a decision that members of a party should give to the prime minister and it should not be taken unilaterally."

Commenting on the question of privilege she raised, former colleague and cabinet minister Melanie Joly said told reporters in French that perhaps Philpott was seeking attention.

Over the last two months, Philpott and Wilson-Raybould have been criticized as not being team players, and have been accused of having more personal political motives than raising an issue of principle. In the sit-down interview, Philpott sought to defend herself from what she called "misunderstandings."

"People have said that this is some kind of attention-seeking behaviour, I have hundreds of journalists from around the world... that want to know my opinion on things so I would have choice to potentially muzzle myself and never speak when someone sticks a microphone in my face, or never respond to journalists who are trying to help share stories. But to a certain extent I need to have opportunities to be able to defend the decisions I've made, and to say 'this is not about trying to attack the government in any way,'" she said.

She said the toughest times have been when people said "cruel things" and made "unfair accusations." 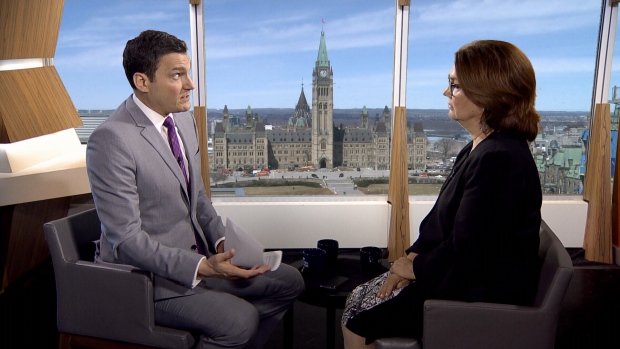 'Not a single conversation' with PM

Philpott said that while she had made proposals to Trudeau and his office in advance of her departure from cabinet about what might have made it possible for her to stay, once she left the front bench, any meaningful outreach stopped.

She said that she proposed to agree to disagree on the SNC-Lavalin issue, as other colleagues have dissented on other matters without serious disruption. She also said that she suggested that "maybe at some point it would be helpful to put this issue aside by saying 'you know what, something went wrong, we're sorry, we'll make sure it doesn't happen again,'" and "that path was never chosen."

Then upon her cabinet resignation, Philpott said she didn't hear from Trudeau at all, until he informed her she was being expelled from the caucus.

"There were no serious attempts to broker a resolution to this," Philpott said.

As for whether she could vote for Trudeau again, Philpott deferred, asking: "As leader of the party? I'm not one of his constituents."

She said that while she respects Trudeau and supports a lot of the important policies he's helped to advance, her "vote in the upcoming federal election is not yet decided."