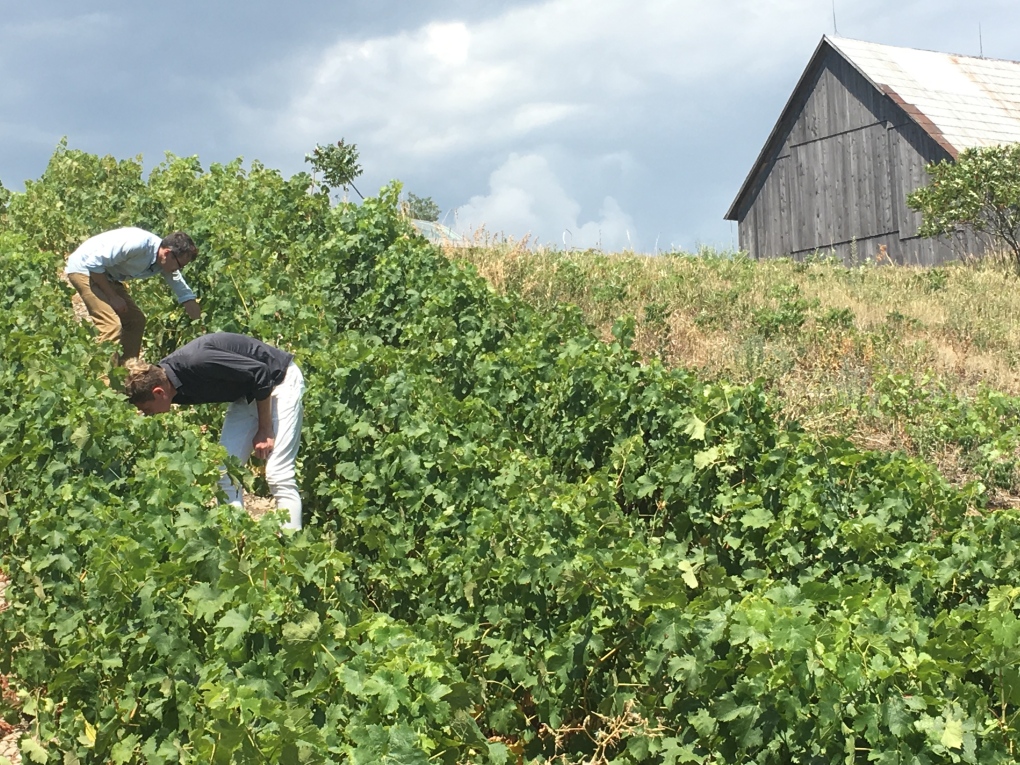 HILLIER, ONT. -- An Ontario winery has won its battle against a provincially regulated body over whether it can put its Prince Edward County location on its website.

The Old Third Vineyard was established more than a decade ago in Hillier, Ont., on the western side of Prince Edward County, one of Ontario's wine regions. Owners Bruno François and Jens Korberg prefer to operate outside the Vintners Quality Alliance Ontario, in which membership is voluntary.

In Ontario, only VQA members can say on their labels where their wine is from. Wineries that aren't members are forbidden from giving locations like Prince Edward County or Niagara-on-the-Lake.

And that is the root of the problem. While "Prince Edward County" appears nowhere on the Old Third's labels, the website refers to them as "producers of fine wine and cider in Prince Edward County." The region is a short drive from Toronto, a couple of hours east on the 401, and three hours west of Ottawa. The dozens of wineries combined with a lake-side location have made it a weekend destination for oenophiles. These are customers François and Korberg want to attract

Earlier this year, the VQA sent François and Korberg an email to telling them they can't use the term "Prince Edward County" on their website. Last week, the Old Third won its case at the Ontario Licence Appeal Tribunal. The VQA says it's reviewing the decision, suggesting it may appeal in Ontario court. 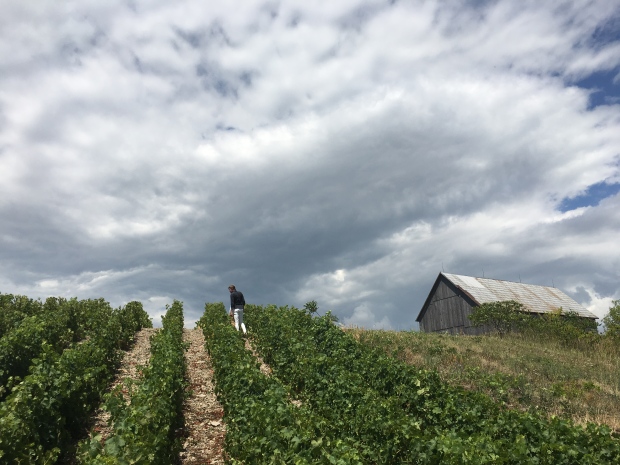 "When we got that order, it was insulting, and it was wrong," he told CTV News. "And that's why we fought it... How can we operate if we can't say where we're located?"

"We didn't come out here to be fighting these kind of trivial and ridiculous and petty bureaucratic battles."

Are you a Canadian winery with a story to tell? Email us.

The tribunal found firmly in favour of the Old Third being able to refer to Prince Edward County on its website.

"The Appellant is describing, factually, the location of its vineyard," the Ontario Licence Appeal Tribunal wrote in its decision.

"If one accepts the VQAO's position, the Appellant could not say Hillier in Prince Edward County, nor even Hillier, Ontario, because 'Ontario' too is a controlled term." 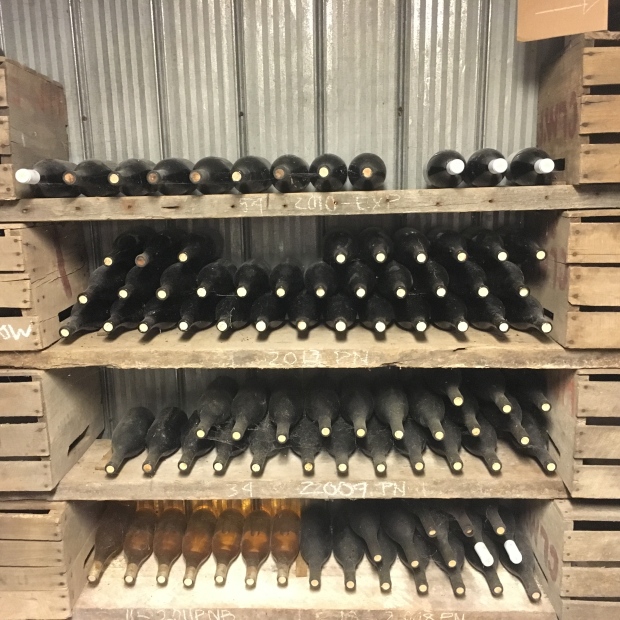 That, the tribunal said, "is indeed an unreasonable if not an absurd consequence."

The VQA says it exists to control the quality of the wines produced in Ontario, and charges $1,000 in annual membership fees, plus 4.5 cents for every litre of wine sold. Wines must pass inspection by a tasting panel before they can be labelled with the VQA emblem and grape origin, known as an appellation.

Winemaker François doesn't like the tasting panels, relying on customers and reviewers to decide whether his vintages are up to par. That seems to be working: François and Korberg say they sell out the 1,000 cases a year they produce, mainly to repeat customers who order the wine directly or visit the vineyard to purchase it.

The VQA declined repeated interview requests. Instead, they sent a statement that says the program is designed to ensure "consumers can trust claims made by vintners in Ontario."

"We support clear and transparent labelling, and we make sure that minimum standards are met," Laurie Macdonald, executive director of VQA Ontario.

"VQA regulations protect consumers and help put Ontario on par with other great wine growing regions around the world. We believe that enforcing VQA standards consistently, across the board, is fair for the industry and helps to maintain a level playing field."

VQA membership doesn't guarantee a wine will be approved. In some cases, winemakers complain it's difficult to get a wine approved if it doesn't fit the taste profile VQA tasters feel it should have. Popular Prince Edward County winemaker Norman Hardie told the Globe and Mail this week that one of his critically acclaimed wines failed the VQA tasting six times before it was approved on the seventh attempt, and that 20 more of his wines have been rejected.

The tasting panels are the main reason François won't join the VQA. But it's not just a concern in Ontario. British Columbia's VQA uses a similar process to approve member wines. 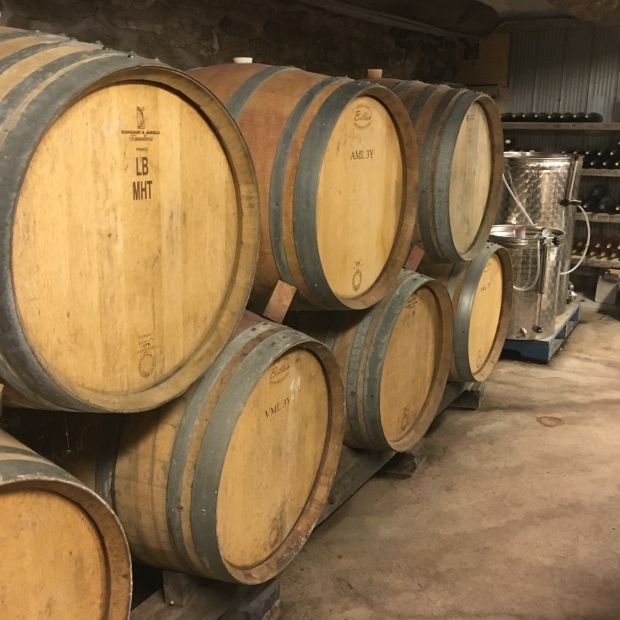 "In some jurisdictions in the world they have taste tests, particularly in some of the old-world systems, the appellation systems in Europe," said Vancouver-based wine lawyer Mark Hicken. "But ... that's not something that's done in a lot of new-world places."

B.C.'s VQA is also regulated by the provincial government through the B.C. Wine Authority. While B.C. wines must also pass a taste-test before their makers can slap a VQA emblem on their label, its VQA currently allows non-members to use the province's appellations on their labels. That could soon change, however. A recent industry plebiscite split the small and large wineries over the tasting panels and the use of appellations, Hicken said. It's left up to B.C. Agriculture Minister Norm Letnick to accept or reject the recommendations voted on in the plebiscite, which followed an industry consultation.

François says he felt like he was being blackmailed when he called the VQA to discuss the compliance order and Macdonald suggested he could join the VQA.

"The whole set up with VQA, I find it very unfair. It's built for large producers, massive wineries that produce hundreds of thousands of cases every year.... For a winery that produces 200,000 cases a year, what's $1,000 bucks? But for me, $1,000 bucks is a lot of money. So it's an unfair playground."