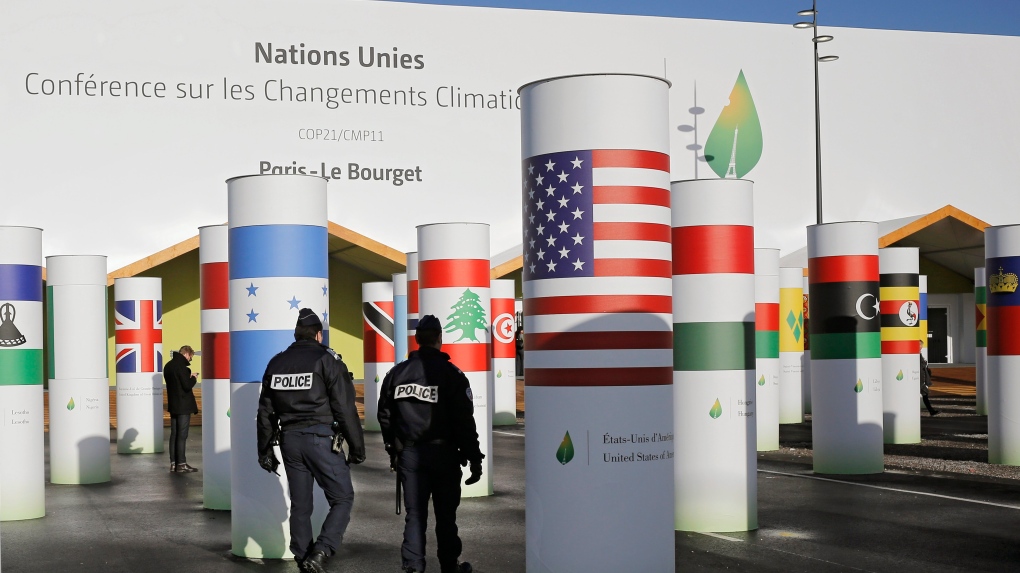 OTTAWA -- Canadians produce more greenhouse gas emissions per person than any other G20 economy, according to a new analysis.

Climate Transparency, a coalition of international climate organizations, released its fourth annual review of the climate polices of G20 members Wednesday. The report pointed out that none of them has a plan in place that would actually meet the goals of the Paris climate change agreement.

Leaders of the G20 will gather at the end of the month in Argentina for their annual summit, where climate change will be on the agenda.

Catherine Abreu, executive director of the Climate Action Network Canada, said Canada may only be responsible for two per cent of the total. But she added that two per cent is still a significant contribution when you consider Canada's size.

Canada is the 38th country in the world by population, boasts the 11th largest economy and is the seventh biggest emitter.

The Climate Transparency analysis says, on average, each Canadian produces 22 tonnes of greenhouse gas per year -- which is the highest among all G20 members and nearly three times the G20 average of eight tonnes per person.

"Oil and gas and transportation are the two largest and fastest growing sources of emissions in the country."

Upstream oil and gas production in Canada emitted 100 million tonnes of greenhouse gases in 2016, the most recent year for which emissions statistics are available. It accounts for one out of every seven tonnes emitted in Canada and went up four million tonnes that year.

Road transportation, everything from passenger vehicles to transport trucks, emitted 143 million tonnes, or one in every five tonnes of Canada's total.

The Paris agreement, which Canada signed in 2015, commits every country in the world to working to keep the planet from warming up more than 2 C compared to pre-industrial times.

The larger goal is to keep it 1.5 C because just 0.5 C warmer would have significant impacts in terms of extreme weather, melting sea ice, rising sea levels and extreme temperatures.

Earlier this fall, the United Nations Intergovernmental Panel on Climate Change warned the average global temperature was already 1 C higher and that it will reach 1.5 C by 2040 -- unless the world steps up its planned action to cut emissions in a big way.

The Climate Transparency report says Canada can expect little if any impact on its food supply, malnutrition or human habitats. But it warns Canada should prepare for more frequent and severe floods, a significant decline in marine biodiversity and a medium impact on the country's ability to generate hydroelectricity.

There's irony when it comes to hydroelectricity. One of the big pluses in Canada's favour outlined in the report is its abundance of clean power generation.

Almost two-thirds of Canada's electricity supply comes from hydro. If Canada and the rest of the world doesn't do what is necessary to slow the earth's warming, that source of power may be harder to generate reliably.

Caroline Theriault, spokeswoman for Environment Minister Catherine McKenna, says the current government has a plan to reduce emissions that includes putting a price on carbon, making buildings more energy efficient and phasing out coal as a source of electricity.

"Our plan is making a big difference -- our emissions are dropping, and our economy is growing," she said.

"We will continue to work hard every day to implement our plan and meet our targets, and if we have to do more after that, we will."