Maxime Bernier, the 'Albertan from Quebec' 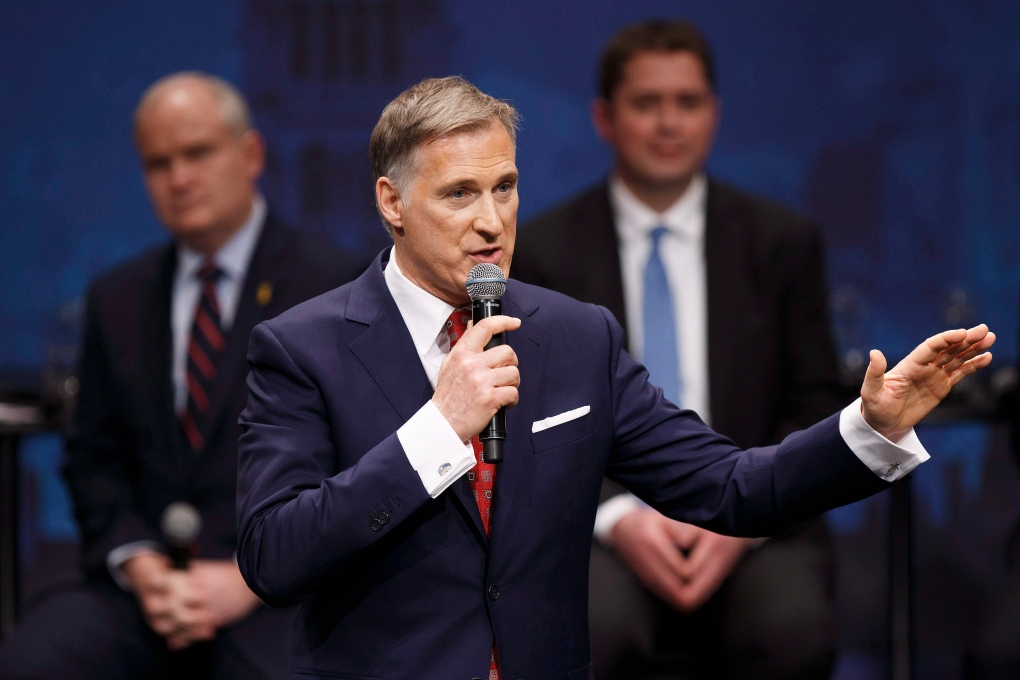 Maxime Bernier speaks during the Conservative leadership debate at the Maclab Theatre in Edmonton, Alta., on Tuesday, Feb. 28, 2017. (Codie McLachlan / THE CANADIAN PRESS)

Maxime Bernier, the Quebec MP with the Montreal banking background and expensive suits, finds himself right at home when he visits the Prairies.

"Here in Alberta you call me the Albertan from Quebec and I'm very proud of that," he said in Edmonton Tuesday night at the Conservative Party leadership debate. "Because I speak like you about economic freedom, personal responsibility, capitalism, but -- sorry about that -- with a French accent."

Known around Parliament Hill as Mad Max, Bernier is a staunch libertarian who outpaced all his competitors in fundraising last year. He raised more than a million dollars, outpacing Kellie Leitch, the next closest contestant, by close to $200,000.

Among the reasons Bernier is doing well among Conservative members: he promises to deregulate the telecommunications and airline industries, cut taxes and -- most notably for an MP from the riding with the most dairy producers in Canada -- eliminate the supply-management system that lets the industry set the price for its products.

He's also staunchly opposed to boutique tax credits, the targeted rebates offered to narrow slices of the Canadian population that complicate the tax code, and which many fiscal conservatives oppose.

The former industry minister under then-prime minister Stephen Harper doesn't mince words when he describes the previous government's use of those boutique credits.

MAXIME BERNIER AT A GLANCE

"And I think that's why I'm popular with the members. That's not my style. I think the best policy is a fair policy, to be fair to everybody. You must take time to explain that to Canadians and there is a cost for that."

"Maybe the dairy producers won't vote for me in the next election, but I will gain more votes with the population because of that position. So you need to have the courage of your convictions, and I think people are there," he said.

"People out west, people in Ontario, they know Bernier is a principled politician and an authentic politician," he added. "I'm not doing that to be elected in my riding... Consumers in my riding, they understand that I'm working for them. But it's a risk as a politician." 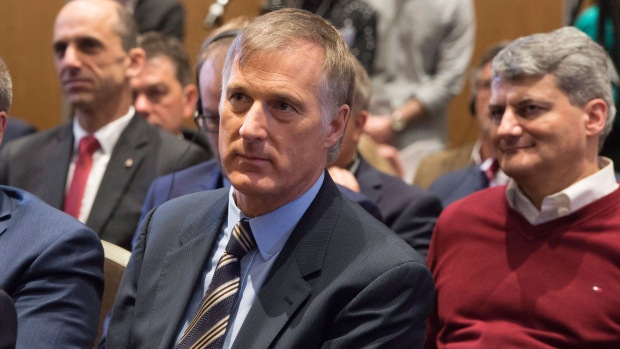 "Health care, it is 100 per cent provincial jurisdiction. And you must give the means for the provinces to be able to do what they have to do," he said.

"The best way for them to be independent and accountable in front of their population, it is transferring tax points. So you lower the personal income tax at the federal level and you let the provinces tax for their own responsibility."

"If you respect the Constitution and transfer tax points, [Canadians] will know who to blame for the wait times... that will give the right incentive for the provinces," Bernier added.

Some of this libertarianism was born in Bernier's early career in the financial sector. He spent 16 years in Montreal working for National Bank, at Quebec's capital markets securities regulator, and as a vice-president at Standard Life Insurance, which is has since been bought by Manulife.

"The more I worked, I discovered [deregulation]," Bernier says. "I know the impact of what regulation can do to business."

"You need a government that will be out of the way -- not only for business, but for citizens... Yes, we need some regulation, but basic regulation. Right now what we have is too many regulations."

Before working in Montreal, Bernier studied civil law at the University of Ottawa and spent two years working at McCarthy Tétrault before moving into banking. He's still a member of the Quebec bar and notes he does his mandatory continuing education credits every year.

The son of a well-known politician, Bernier had dinner with Harper in 2005 to discuss how the Conservatives could improve their standing in Quebec. That kicked off a conversation about Bernier himself running. In 2006, he won the same seat his father, Gilles, had occupied for nearly 13 years. He was quickly appointed industry minister, where he took the unusual step of reversing a CRTC decision on how to regulate local phone services provided by broadband internet. 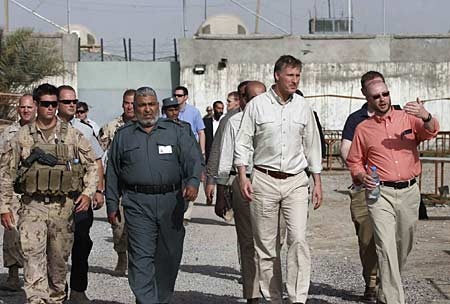 Bernier became foreign affairs minister in the summer of 2007, which is likely the post for which most Canadians remember him -- though not necessarily for his work. Less than a year later, media reports revealed he had been dating a woman with past ties to Quebec biker gangs. Julie Couillard had lived with a man with ties to the Hell's Angels and had been married to a biker who eventually turned informant and testified she'd been close to having a hit taken out on her, according to news reports at the time.

Although his spokesman said at the time they were no longer together, Bernier was forced to resign after he admitted he'd left classified documents at Couillard's home the previous month. He was back in cabinet three years later, but in a reduced role as minister of state for small business and tourism.

The Quebec MP now sounds sanguine about the experience.

"That's behind me... people who know me, they know that I have the same girlfriend for a long time now [not Couillard]," he said. "But that's all private life. What I learned is, my private life is my private life."

He's careful to separate that from his public life. He says, for example, he doesn't put his daughters, 14-year-old Megan and Charlotte, 17, on his Christmas cards.

"I'm proud of them... but people, they voted for me in Beauce and not because I have two daughters."

With the Conservative Party allowing members to be as young as 14, Bernier says his daughters will cast their ballots for him. If enough members vote the same and send him to victory, Bernier says Canadians can expect him to continue on the same path.

"My goal is I want that platform to be the platform of the Conservative Party of Canada for the next election," he said.

Candidate at a glance

CTVNews.ca is profiling candidates for the Conservative Party leadership. For more on who’s running, see our list.