Last-minute push: A guide to the government bills left to pass this Parliament 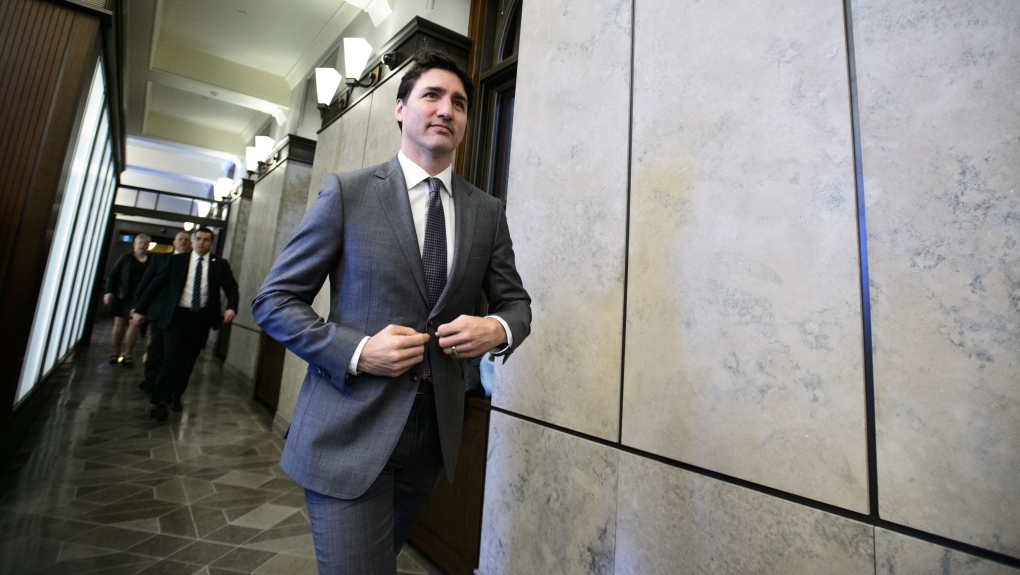 Prime Minister Justin Trudeau makes his way through the West Block on Parliament Hill in Ottawa on Tuesday, Feb. 26, 2019. THE CANADIAN PRESS/Sean Kilpatrick

OTTAWA – Back and forth on amendments between the House and Senate, one final prime minister’s question period, and end-of-session celebratory remarks. Expect all that and potentially more procedural wrangling in the final three days that the House of Commons is scheduled to be in session.

After four years, more than 90 sitting weeks, and more than 100 pieces of government legislation tabled, the 42nd Parliament is nearing a close. MPs are set to decamp for their ridings at the end of this week, with Senators following behind them a week later. Whatever legislation is left behind once Parliament adjourns for good will die on the order paper the minute that the fall federal election is called. Any not-passed bill—whether a private members’ bill or government legislation—would have to be reintroduced in the next Parliament by whomever forms government after the Oct. 21 vote.

On Wednesday, Prime Minister Justin Trudeau is set to participate in one last House of Commons question period. This became an informal routine every Wednesday of this Parliament when he was in town. Expect this to be a raucous and highly partisan display.

Then, once Government House Leader Bardish Chagger rises to say “Mr. Speaker if you seek it I believe you will find unanimous consent for the following motion,” or something along those lines, you’ll know the session is coming to an end that day. The motion could pack in all-party agreement to pass multiple bills through various stages at once, agree to table outstanding committee reports, and other housekeeping items. Once this happens, each side will have a representative stand and deliver thank yous and goodbyes. This happens at the end of most summer sessions, but this one will have more finality.

As speculation begins to swirl about a potential early rising of the session, here’s a recap of all the active legislation still left to pass (there about a dozen others the government’s already signaled won’t be advancing) including a considerable and in recent memory, the largest number of Senate-amended government bills.

As you go through this list keep in mind a few things:

First, the government has been routinely limiting the amount of debate time on the remaining government bills, especially those with Senate amendments. This, coupled with House sitting later most nights for the last few weeks, has resulted in bills moving through quicker than has been the case for most of this Parliament.

Second, the prospect of one final Opposition-prompted marathon voting session did not pan out. If there was to be another Conservative-led all-nighter of votes on various lines of the estimates it had to happen Tuesday evening, and it didn’t, so all remaining House time can be capitalized on by the government.

And, should Parliament be recalled to ratify the new NAFTA this summer, then the session doesn’t necessarily have to be completely wrapped up by the end of this month. If parliamentarians are recalled to vote on Bill C-100, they could deal with other key bills that aren’t dealt with before this session wraps. Just because the House and Senate adjourn by months’ end, it doesn’t mean this Parliament has ended, so if a special summer session is in the cards, there will still be time to officially tie a bow on things.

Bills in the House that still need full Senate study

These bills that have the farthest to go to be able to pass, with just days left, meaning they are the least likely to reach Royal Assent by the end of next week when the Senate is set to adjourn.

These are all bills that the Senate has amended. In all cases the government has accepted some but not all of the Upper Chamber’s proposed changes. Once the House votes on their responses to the amendments, each bill will go back to the Senate where senators can either agree to live with the legislation as is, or push back and demand more changes.

Bills that have passed the House, awaiting passage in the Senate

These are all bills that so far have not been amended by Senators meaning that should that remain the case, they will be able to swiftly pass from the Senate without bouncing back to the House. Among these is the budget implementation bill, which is key.

Bills that have returned to the Senate with House amendments

These are all bills that the Senate has amended and the House has considered those changes, decided not to accept them all and have since informed the Senate of that. Now Senators have to decide whether they will accept the ‘thanks but no thanks’ reception to some changes, or insist on more amendments, and then it’s back to the House for that bill.

Bills that have passed in the last week

A previous version of this story included Bill C-87, the Poverty Reduction Act. It has been removed from the list of bills left to pass as it was folded in to the budget implementation bill, C-97.