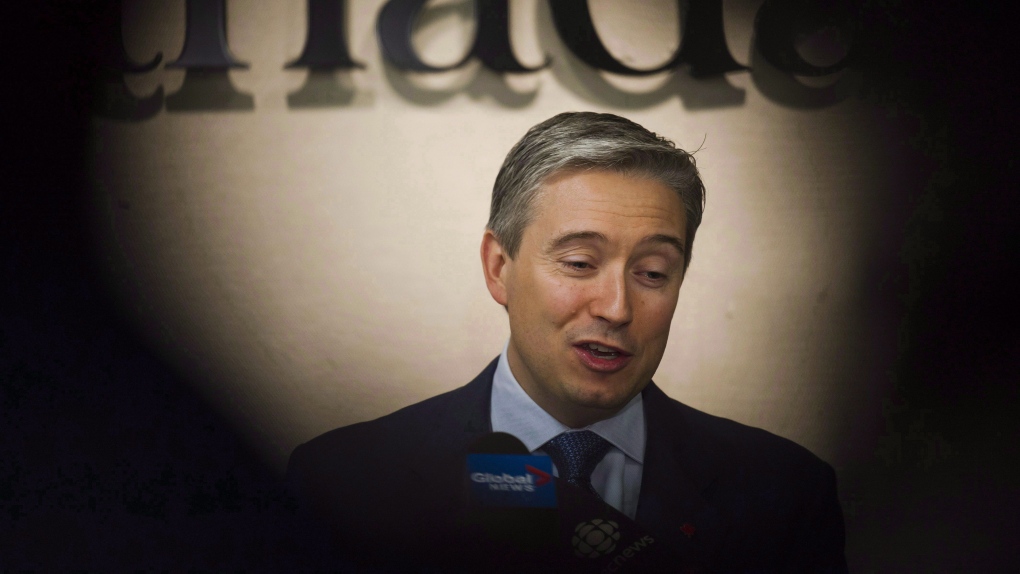 Minister of International Trade Francois-Philippe Champagne speaks to press about the Comprehensive and Progressive Agreement for Trans-Pacific Partnership, in Toronto on Tuesday, January 23, 2018. THE CANADIAN PRESS/Christopher Katsarov

OTTAWA -- As Canada, Japan and nine other countries prepare to sign the rebooted Trans-Pacific Partnership this week in Chile, some see it as a way to set the stage for closer relations with China.

They are hoping to send a message not so much to the absent Trump administration as to an increasingly assertive China on why global trade rules are good for everybody, says Japan's envoy to Canada.

"How do we engage the Chinese people on the rules-based economy?" Kimihiro Ishikan, the Japanese ambassador to Canada, asked in an interview.

Ishikan said Japan hopes that the successful launch of the new TPP, known as the CPTPP, will eventually attract China and other Asian countries.

The Trudeau government is in exploratory talks with China after Prime Minister Justin Trudeau was unable to persuade the People's Republic to agree to his so-called progressive trade agenda and launch formal free-trade negotiations.

If China can be drawn into wider Asian-based multilateral agreements, that will serve Canada's interests, said Ishikan, because it can be more difficult to forge a trade deal directly with a much larger economy.

Ishikan said the key at the moment is that the CPTPP includes commitments to meeting labour and environmental standards -- part of the so-called progressive trade agenda that Canada is also championing with the North American Free Trade Agreement and in talks with China.

China could be persuaded to move in the direction of progressive trade, and is already showing positive signs by wanting to make progress on fighting climate change, he said.

But forcing other elements of progressive trade, which would also include accepting broader democratic principles, won't happen overnight, he added.

"That has to come gradually. They don't want to be seen (as having) changed something under the pressure from someone else."

President Donald Trump pulled the U.S. out of the original TPP last year, but Canada and its Pacific Rim partners have carried on.

Japan and Australia were eager to move forward last fall at the Asia Pacific Economic Co-operation leaders' summit in Danang, Vietnam, but Canada held off, causing anger and some name-calling. Canada was able to win exemptions on digital content and has since signed side deals with Japan, Australia and Malaysia on automobiles that have sparked criticism from Canadian auto workers and manufacturers.

International Trade Minister Francois-Philippe Champagne is travelling to Chile this week to sign on the new TPP, and has said Canada will likely ratify it sometime later in the fall after legislation has cleared Parliament.

Joseph Pickerill, Champagne's spokesman, said he doesn't necessarily see a connection between the new TPP and pursing trade with China. But he said the fact that Canada pushed hard to improve the progressive elements sends a wider message.

"It's an indication what we mean when we talk about raising standards and creating real access on meaningful terms for mutual benefit."