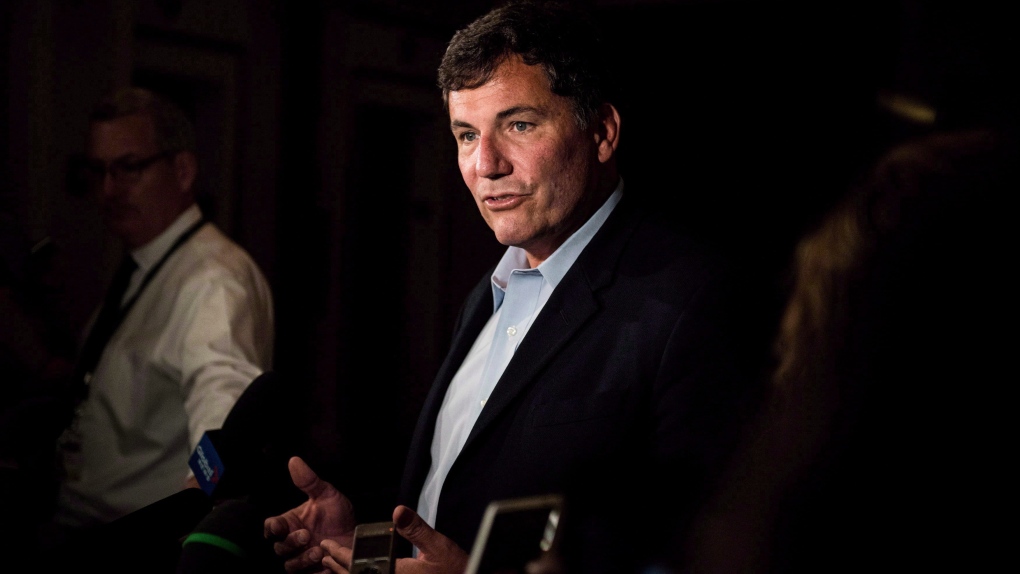 MONCTON, N.B. -- Intergovernmental Affairs Minister Dominic LeBlanc, who was hit with a cancer diagnosis late last year, says he has a clean bill of health after undergoing treatment for his leukemia.

He made the announcement on social media Thursday with a joint statement with his oncologist, Dr. Nicholas Finn, who says LeBlanc's leukemia is in "complete remission."

LeBlanc revealed in December he had chronic lymphocytic leukemia -- one of the most common forms of leukemia in adults -- and was about to undergo treatment.

He said the diagnosis came in April 2017, but only decided to go public months later because he was about to start chemo immunotherapy in Moncton, N.B. -- a small place where showing up for outpatient treatment at a hospital two mornings a month wouldn't go unnoticed.

LeBlanc, who was fisheries minister at the time, said his scheduled treatments at Dr. Georges-L. Dumont University Hospital Centre in Moncton would have minimal impact on his work.

In Thursday's statement, Finn says LeBlanc's response to the treatment was "the optimal outcome we had hoped for," but noted the politician will have to be monitored for many years.

"The treatment went extremely well," Finn said. "He remains without residual side-effects from the therapy given."

LeBlanc said he was grateful for the "excellent care and support" from hospital staff.

"I have reflected throughout this experience on the hundreds of thousands of Canadians who undergo treatments and live with chronic illness, and I know that there are so many who face far more difficult challenges than me every day," he said.

"With this new clean bill of health, I look forward to working even harder to make life better for the people of Beausejour and for all Canadians."

LeBlanc is one of the longest-serving MPs in the largely rookie Liberal caucus, having represented the New Brunswick riding of Beausejour for 17 years. He's been a friend of Justin Trudeau since childhood, when Trudeau's father, Pierre, was prime minister and LeBlanc's father, Romeo, was fisheries minister.

Thrilled to report that I’ve gotten a clean bill of health. I responded extremely well to treatment, and am in complete remission. Jolène and I are so grateful for excellent care and support. Looking forward to continuing to work for the people of Beauséjour and all Canadians! pic.twitter.com/QycGgcDlEk