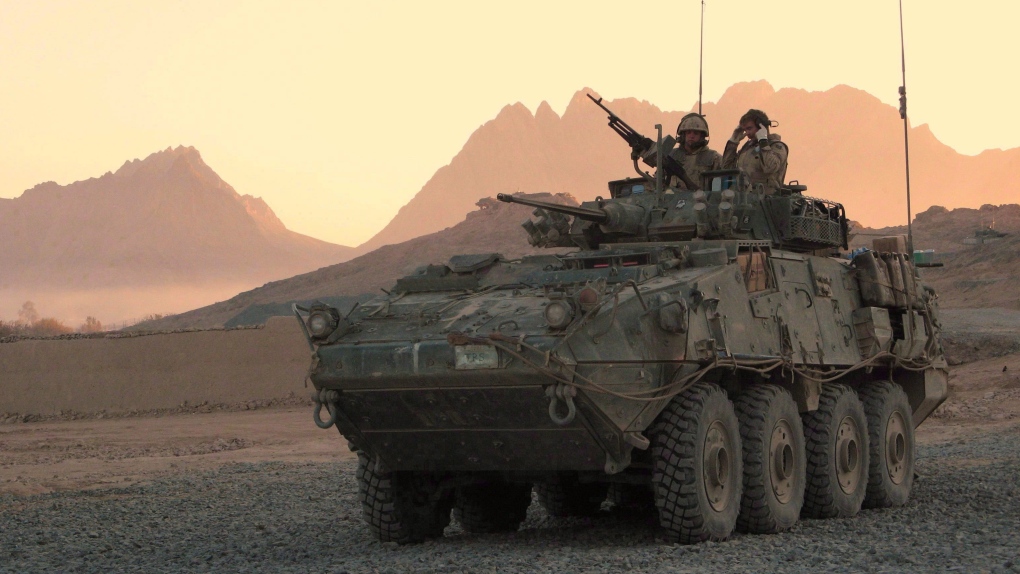 A Canadian LAV (light armoured vehicle) arrives to escort a convoy at a forward operating base near Panjwaii, Afghanistan at sunrise on Nov.26, 2006. THE CANADIAN PRESS/Bill Graveland

Newly released documents show that the department has been investigating the domestic human rights situation in Saudi Arabia and the war in Yemen since the Canadian government announced a review of all Saudi arms sales and a freeze on new export permits last November.

The document notes there is “no substantial risk” that current Canadian exports of military equipment will result in any human rights violations.

"Officials did not identify any existing permits or pending applications that would be of concern under the standard robust risk assessment framework.”

The memo also notes that, during its period of review, the department assessed and processed an additional 48 permit applications for exports of controlled goods to Saudi Arabia.

Saudi Arabia has faced international rebuke for its record on human rights abuses.

The Liberal government announced it would review existing permits and freeze new permits after journalist Jamal Khashoggi, who was openly critical of the Saudi government, was murdered inside Saudi Arabia’s consulate in Instanbul, Turkey, on Oct. 2018.

Saudi Arabia has also been criticized for its role in the war in Yemen, where thousands of civilians have been killed by Saudi-led coalition airstrikes and the vast majority of the population requires basic humanitarian aid, such as food and water.

However, Canada has a contract worth roughly $14-billion with the Kingdom for Canadian-made light-armoured vehicles (LAVs). Exports of those vehicles have continued throughout the review.

“Canada has taken firm action to strengthen our export controls system by passing legislation that enshrines human rights into our export laws. On September 17, 2019, Canada officially became a State Party to the Arms Trade Treaty (ATT), having deposited its instrument of accession in June of this year,” a Global Affairs spokesperson told CTV News by email Thursday.

“This means that there is now a new legal requirement that the Minister of Foreign Affairs must deny export permits if he determines that there is a substantial risk that the proposed export would result in a serious violation of human rights, international humanitarian law, or serious acts of gender-based violence.”

The spokesperson notes that the government continues to review export permits to Saudi Arabia, noting that “while this review is on-going, no new permits have been issued.”

- With files from Annie Bergeron-Oliver