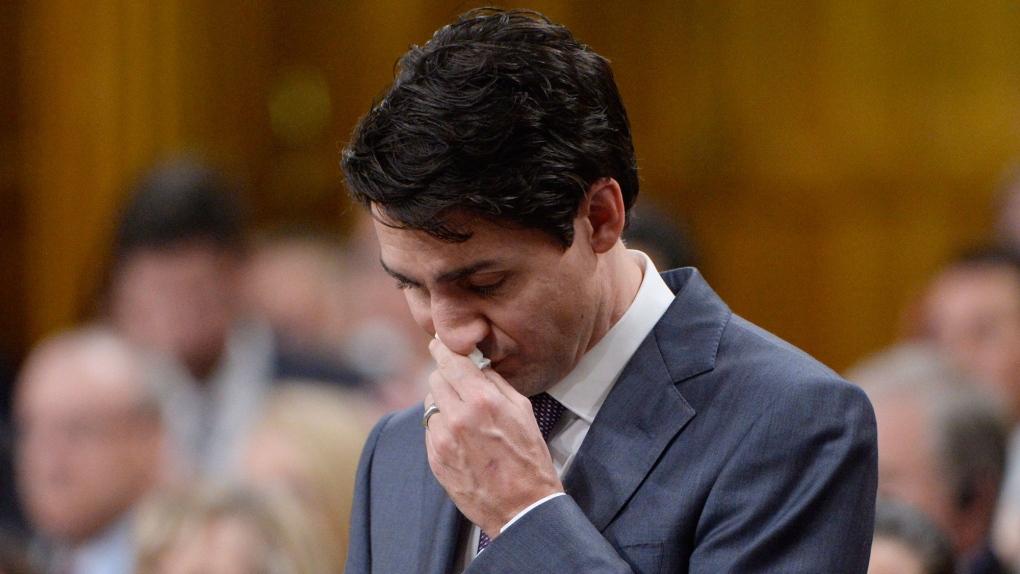 Prime Minister Justin Trudeau pauses while making a formal apology to individuals harmed by federal legislation, policies, and practices that led to the oppression of and discrimination against LGBTQ2 people in Canada, in the House of Commons in Ottawa, Tuesday, Nov.28, 2017. THE CANADIAN PRESS/Adrian Wyld

OTTAWA -- The federal government has agreed to expand the scope of a landmark deal to financially compensate members of the military and other agencies who were investigated and sometimes fired because of their sexual orientation.

A revised version of the class-action settlement over the so-called "gay purge" explicitly includes people whose careers suffered as early as 1955 -- seven years prior to a previously agreed date.

In addition, the agreement creates an "exceptions committee" that will look case-by-case at those who might otherwise fall through the cracks.

They could include people affected before 1955, individuals who worked for agencies not listed in the settlement, or those who were targeted even though they were not gay or lesbian.

An agreement in principle in the court action emerged last November, just days before the government delivered a sweeping apology for discrimination against members of the LGBTQ community.

The settlement includes up to $110 million in total compensation, with eligible individuals each expected to receive between $5,000 and $175,000.