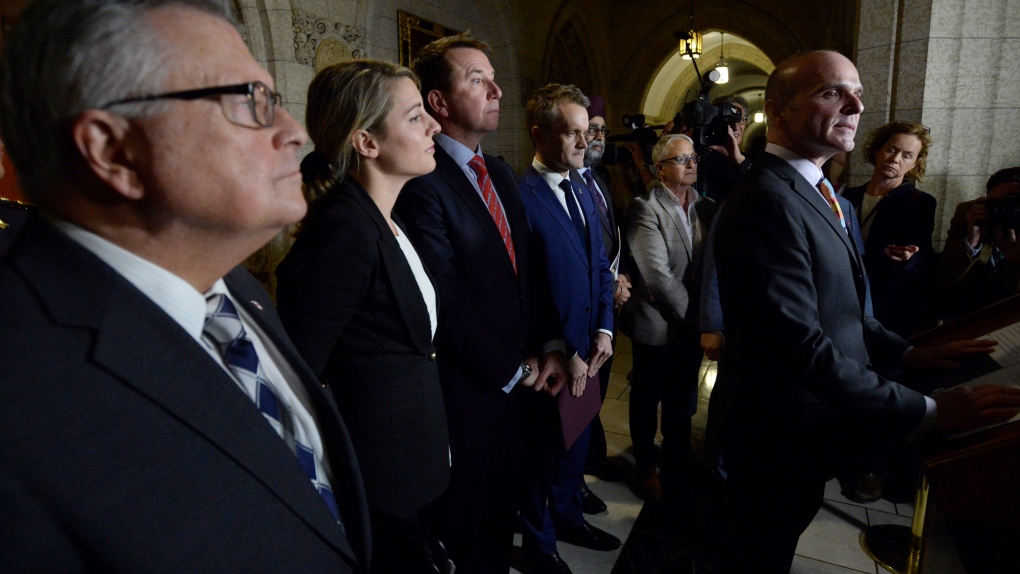 OTTAWA – Prime Minister Justin Trudeau's special adviser on LGBTQ issues says it will take time before the government will be able to follow through on its promise to end the ban that prohibits men who have sex with men from donating blood.

On a day when Trudeau stood in the House of Commons to deliver a historic and emotional apology to LGBTQ Canadians who were discriminated against and persecuted by the federal government, Randy Boissonnault recognized there is still work to be done.

"This is going to take time, this is research that has to be done," Boissonnault said Tuesday evening.

"Am I happy where we are? No. Do we have more work to do? Yes. And that’s why our government stepped up to make sure the funding is there so that we can follow the science and get this work done," he said.

In 2016 the government earmarked $3 million 2016 for research on behavior-based donation policies. Also in that year, Canada lowered the deferral period for donating to one year, down from the previous five-year wait.

Earlier in the day when asked about it, Health Minister Ginette Petitpas Taylor said she’s working with the Canadian Blood Services and Héma-Québec on researching what it’ll take “to ensure that that can eventually get done.”

The Liberals pledged in their campaign platform to “bring an end to the discriminatory ban,” saying that the policy "ignores scientific evidence and must end."

NDP Leader Jagmeet Singh said it’s "unacceptable" that the ban remains in place, with no repeal date in sight. He called the ban a “massive gap” left unfilled by the government’s actions Tuesday.

He said it "perpetuates stereotypes and myths, and continues and fuels homophobia and transphobia," and disputed the government’s assertion that it requires more scientific research.

"There is absolutely no justification for it. If you look at the science it’s completely based on a double standard, an unjust, unscientific correlation between heterosexual couples and those of other forms of love… It’s 2017."

Kyle Kirkup, an assistant professor at the University of Ottawa Faculty of Law said the blood ban is an example of the continuing discrimination and stigma in Canadian society.

"We know that the science has changed, and there are many good reasons why men who have sex with men, trans people should be allowed to donate blood," Kirkup told CTV News.

Relatedly, Boissonnault said that the House Justice and Human Rights Committee will be studying the over-criminalization of non-disclosure HIV status in 2018. The committee passed a motion to this effect on Nov. 1.