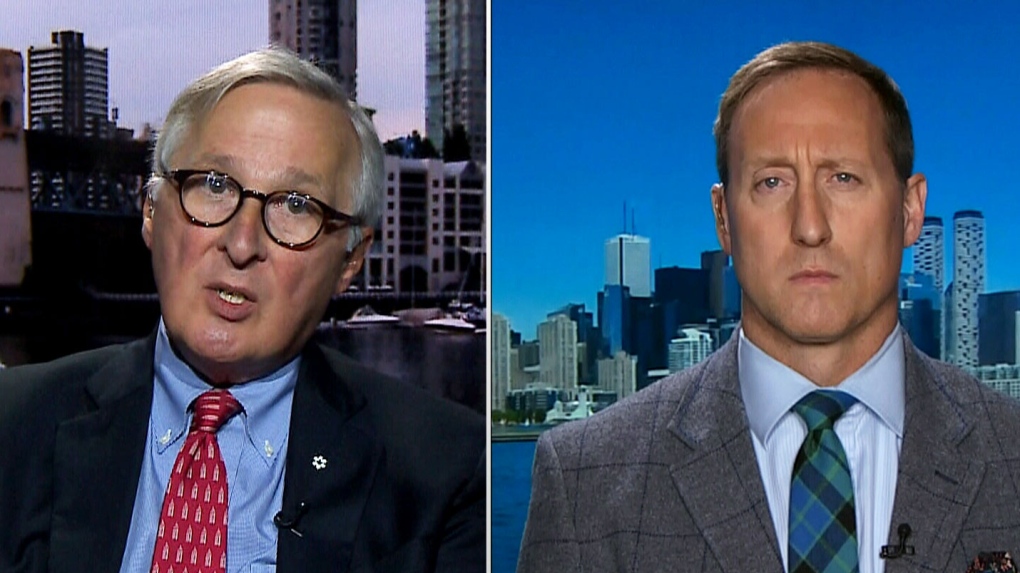 A former CSIS director and defence minister are both urging Ottawa to bar Chinese telecom giant Huawei from participating in the development of Canada’s next-generation 5G wireless network over espionage and security concerns.

“We do know that China, among other countries -- Iran, Russia, other non-state actors -- are constantly hacking our system, and they’re state-run,” former Conservative Defence Minister Peter MacKay told CTV’s Question Period in a panel discussion airing Sunday. “Let’s not forget that Huawei is a state-run company.”

Founded in 1987 by a former People's Liberation Army engineer, Huawei is the largest telecommunications equipment manufacturer in the world and the world’s second largest smartphone manufacturer after Samsung. The Chinese company’s origins have led to espionage and security concerns, particularly in Australia and the U.S., due to fears that the Chinese government could hypothetically order Huawei to spy on people using its devices or telecommunications equipment, or even disable such devices or infrastructure entirely.

Citing such apprehensions, both the U.S. and Australia have barred the company from participating in the development of their 5G networks. The U.S. has even banned the sale of Huawei devices on its military bases as well as their use by most U.S. government workers and contractors.

“There is much to be concerned about it,” MacKay said of the company. “It isn’t the traditional threat that many people think about, whether it’s coming across the border, through the air or through the water, but this cyber threat affects our critical infrastructure. It also threatens future technology… We have to be concerned and protect ourselves.”

Canada’s 5G wireless network still has not yet been built. Ottawa plans to auction off wireless spectrum for a 5G network in 2020, by which time it should be operational.

“I think they absolutely are real concerns,” Dick Fadden, who headed CSIS from 2009 to 2013, added on the Question Period panel. “I don’t doubt that the officials who have advised the prime minister and minister are acting in good faith when they say they think they have in place a system that can protect Canadian sovereignty in this matter.”

Still, Fadden -- who also served as a national security advisor to both Prime Ministers Stephen Harper and Justin Trudeau -- said that there is just too much uncertainty when it comes to Huawei’s alleged ties to the Chinese government.

“This is fundamental protection of the homeland and protection of our security system and everything we hold dear in the country,” he said. “There’s a lot at stake and we should say no.”