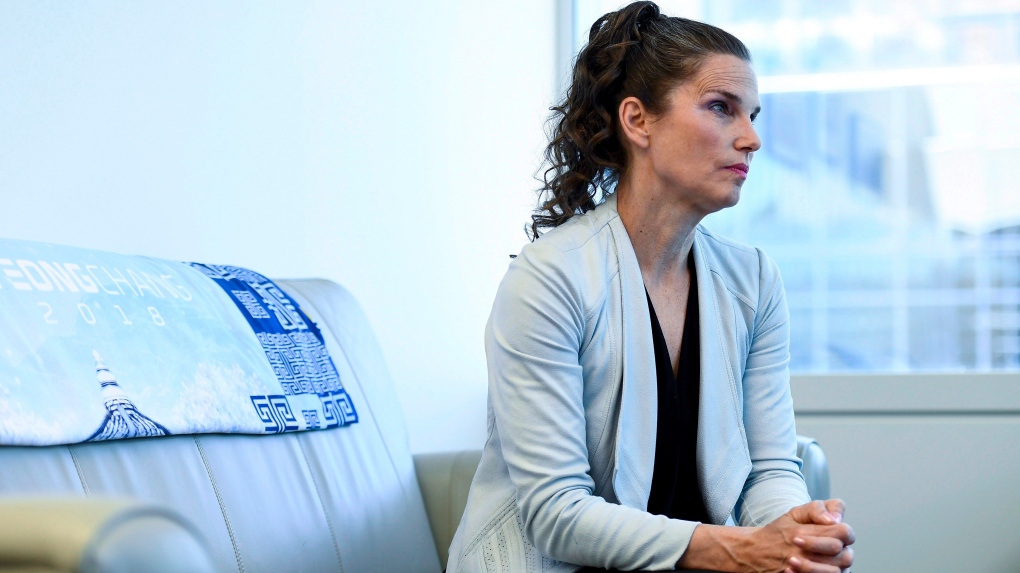 Minister of Science and Minister for Sport and Persons with Disabilities Kirsty Duncan is photographed in her office in Ottawa on Wednesday, July 11, 2018. (THE CANADIAN PRESS / Justin Tang)

Duncan is on a cross-country tour of universities this week to promote $210 million worth of funding promised in last winter's federal budget for the creation of 285 Canada Research Chair jobs.

She told The Canadian Press that she's calling on universities to find scientists in the early stages of their careers to nominate for most of the new positions. Last year, she told universities they need to up their game in nominating more women to existing jobs.

Duncan said that over the last decade young researchers have been hit hardest by budget cuts to science programs.

"If I don't address this issue of underfunding for our early career researchers, where are we going to be in 10 to 15 years?" she said.

Duncan wants up to 250 of the 285 new jobs to go to early career researchers.

Canada Research Chairs are funded for five to seven years, with grants of either $100,000 or $200,000 a year, to push the envelope on research in engineering, natural sciences, health sciences, humanities and social sciences. There are 2,000 chairs available but about 1,700 are currently filled.

In May 2017, Duncan was incensed when the latest list of nominations for the chairs had twice as many men on it as women. She threatened the schools they would lose their funding for future positions if they didn't start working harder to nominate qualified women.

The schools responded and more than 40 per cent of the nominations for the latest round of appointments went to women. The number of female research chairs has increased from about one in four in 2009 to almost one in three today.

Duncan said the nominations also included a proportional number of Indigenous candidates and a higher number of visible minorities than in the past.

She expects the schools to continue to focus on diversity in the new nominations of early career researchers as well.

Katie Gibbs, executive director of Evidence for Democracy, which argues for the use of science in policymaking, said the government's budget commitments to science are a significant investment even if they aren't "hugely transformational."

"I think overall it made the research community quite happy," she said.

She said there is grumbling among researchers that the extra funds for granting councils that distribute money to academic researchers for particular projects -- a promised $925 million between now and 2023 -- are not flowing yet, and there are still gaps in covering the ongoing operating costs of labs.

But Gibbs said the biggest concern is that the government's own scientific work is still flailing. Overall, Canada's spending on science is up almost 10 per cent since the Liberals took office, but spending on in-house research is actually down.

Environment and Climate Change Canada, Health Canada, Innovation, Science and Economic Development Canada, Natural Resources Canada and Statistics Canada are among 18 departments whose internal budgets for scientific research are lower today than almost a decade ago.

The federal Conservatives took heavy criticism from the scientific community for cutting science jobs and funding, and accusations were made that government scientists were kept from speaking publicly about their research unless explicitly given permission from political authorities.

Gibbs said the Liberals have loosened the muzzle somewhat but funding for government science has not been restored.

She said she knows the importance of government-led research noting federal scientists work on things like the Ebola vaccine and Canadian durum wheat.