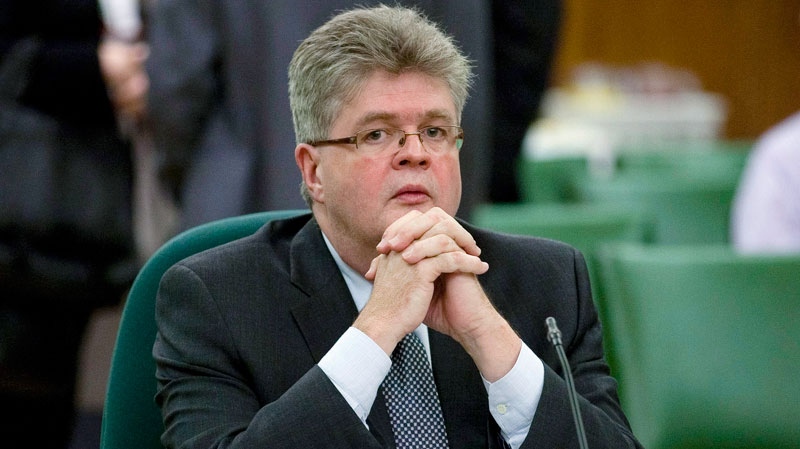 OTTAWA -- The Liberal government's nominee for federal ethics watchdog won't commit to completing ongoing investigations into the prime minister or finance minister if he gets the job.

But Mario Dion told the House of Commons ethics committee that if he is appointed, reviewing the files would be a top priority.

"One of the first things I would attend to (is) review the whole genesis of those investigations," Dion said.

"I would own the final result and therefore I have to assess what has been done to date to determine whether I am supportive of that, but abandoning an investigation completely without reason is not something I would do."

She is also investigating Finance Minister Bill Morneau's involvement in new pension legislation that could benefit the company founded by his father and in which Morneau, until recently, still owned shares.

Both issues are hot political potatoes for the government. But there's no guarantee those reviews will be completed before Dawson leaves her post on Jan. 8 and, more troubling for Opposition parties, there's no requirement for her successor to do so.

During an hour-long committee hearing Tuesday hastily convened after the Liberals announced Dion as their nominee on Monday, both the NDP and the Conservatives pressed Dion on what he'd do with the files if he gets the job

Dawson is the first and only ethics commissioner the House of Commons known since the position was created in 2007. Her seven-year term was up in 2014, but has been extended several times.

While the search for her replacement has been underway for months, Dion said he didn't apply until August, as he had specific achievements he wanted to wrap up in his current position as chairman of the Immigration and Refugee Board.

He said he was interested in the new job because the office is one of the institutions that strives to protect democracy in Canada. He told the committee he interviewed for the position in mid-November for about an hour before getting the call that he'd gotten the nod.

The Opposition parties have expressed frustration with how the process has been handled, noting that the government was supposed to consult with them on a new ethics commissioner but instead handed them a letter informing them that Dion was the government's choice.

Trudeau appeared to defend the process during question period Tuesday.

"Nominating an officer of Parliament is an extremely important process that we are glad we have engaged in with the members of the opposition," he said.

MPs are getting seven minutes apiece at committee to quiz a person who will hold a government watchdog position for as long as seven years and that, said NDP ethics critic Nathan Cullen, is a strange scenario.

Also problematic is Dion's past as the public sector integrity commissioner, where the auditor general found Dion had challenges following through on investigations, Cullen said. Those findings are relevant given the unfinished Dawson investigations, he added.

"I guess what it's hard for me determine because it's not possible in this interaction -- are you tough, are you fair, are you a dog with a bone?" Cullen asked Dion.

"Would you describe yourself as somebody who pursues it to the end to make sure that it happens because that's the confidence that we need?"

Dion said he pursued several investigations as public integrity commissioner that involved going to court and noted that the cases flagged in the auditor general's report "were not in the global scheme of things very important matters to start with, unlike the matters you have been talking about."