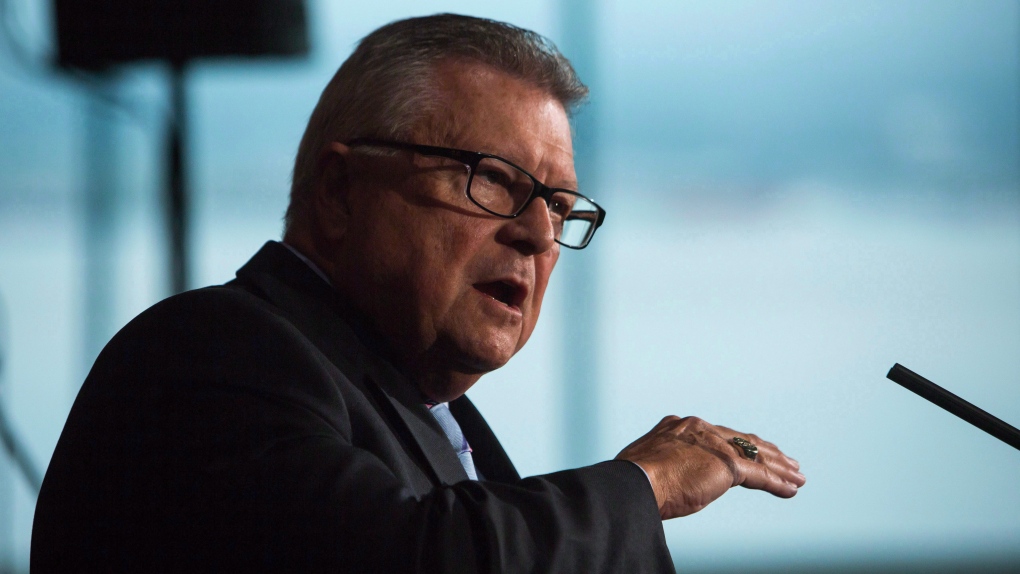 SURREY, B.C. -- The federal government will allocate up to $327.6 million over five years and $100 million a year after that to fight gun and gang violence, Public Safety Minister Ralph Goodale said Friday.

The money will finance a variety of programs to cut gun crime and criminal gang activities and stem the flow of illegal firearms into communities.

In March, the federal government also plans to host a summit on criminal guns and gangs, Goodale said, bringing together experts, front-line police, provincial, territorial and municipal government officials and community and Indigenous leaders to discuss the issue.

"Guns and gangs are not someone else's problem, they are everyone's problem and we need to work together to develop more effective intervention and enforcement approaches for reducing gun and gang violence across Canada," Goodale said at an event in Surrey, B.C.

"Lives, senselessly lost, are a clear indication of the urgency of fighting this scourge."

The government says there were 2,465 criminal firearms violations in 2016, an increase of 30 per cent since 2013. It also says 76 per cent of gang-related homicides involve firearms, compared with 20 per cent of non-gang killings.

Gangs facilitate the traffic in illicit drugs, including fentanyl, which has sparked an overdose crisis, Goodale said.

"Too many young people have been killed and too many communities have been marred by gun crime and gun violence," he said.

"Lives can end an instant. It happens time and time again, in drug deals gone wrong or when turf wars break out and scores are settled and the ongoing and expanding opioid crisis is making the problem worse.

"Innocent victims can get caught in the crossfire just because they happen to be there."