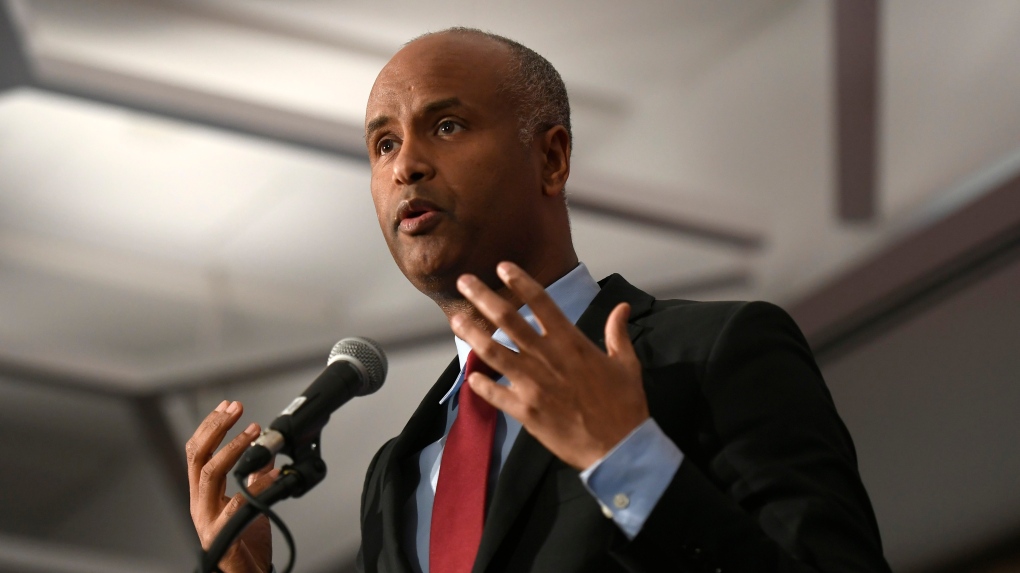 OTTAWA -- Canada's refugee health program is getting a $283 million boost over the next two years.

"Ensuring that the most vulnerable people in our society have access to basic health care is part of Canada's valued humanitarian tradition, and helps protect public health for all Canadians," Immigration Minister Ahmed Hussen said in a statement.

"The investment in Budget 2019 reaffirms our commitment to protecting the dignity of those seeking protection from persecution, and eliminates burdens on provincial health care services."

This has led to major backlogs at the arms-length agency that processes refugee claims in Canada. Asylum seekers are waiting up to two years for their claims to be heard.

While they wait, refugee claimants are not eligible for provincial health coverage. They are covered instead by the interim federal health program until their applications for permanent residency are approved. The program also covers certain medical services for refugees before they arrive in Canada.

The program was cut back by the former Conservative government in 2012, but in 2014 the Federal Court ruled those cuts violated Canada's Charter of Rights and Freedoms. The government filed an appeal, but that appeal was dropped after the Liberals were elected. The program was restored to its pre-2012 form in April 2016.

In the 2019-20 budget introduced March 19, Finance Minister Bill Morneau increased funding to the program by $125 million this year and another $158 million in 2020-21 to "promote better health outcomes for both Canadians and those seeking asylum in Canada."

However, interviews with refugees and health practitioners conducted as part of an ongoing study of the program suggest gaps remain in health coverage under this program and that there is confusion among health care providers about how it works.

Law professors at the University of Ottawa conducting the study say some refugees are being turned away by health care providers who mistakenly believe they do not qualify for health coverage.

Lead researcher Y.Y. Brandon Chen said some health practitioners aren't fully aware that previous cuts to the program were reversed and -- even if they are -- often become frustrated by the red tape involved in getting reimbursed for providing care to refugees.

"There are some service providers who are either unwilling or perhaps are under the mistaken assumption that the IFHP is an unduly complicated program to manoeuvre and they just don't want to spend the time through that program," Chen said.

Health care providers must register with the insurance provider contracted by government to administer the program if they want to be reimbursed. Doctors and nurses interviewed for the study described this as a barrier "for busy providers." One nurse practitioner described the refugee health program as being mired in a "legacy of confusion."

While there have been significant improvements to refugees' access to health care after the Liberals restored the program's funding, the study has found several gaps remain, including access to mental health counselling. Chen did note government has taken steps to address some of these gaps, including extending the ability for refugees to receive mental health counselling from social workers.

Preliminary recommendations call for more education for health practitioners about what services are covered and about the reimbursement process to ensure refugees in Canada are not being refused access to necessary medical services.