HALIBURTON, ONT. -- Much of the country is waking up to "more of the same" Tuesday morning after Canadians re-elected another Liberal minority government in the 2021 federal election.

After five weeks of campaigning during a pandemic, and with mail-in ballots still left to count, the Liberals managed to hold on to power despite coming up short in a bid to win a majority.

"You are sending us back to work with a clear mandate to get us through this pandemic and to brighter days ahead,” Trudeau said following his election win Tuesday morning.

From "More of the Same," and "Deja Phew!" to "Grit Happens" and "Minority retort," here's a look at how newspapers across the country covered the results the morning after the federal election. 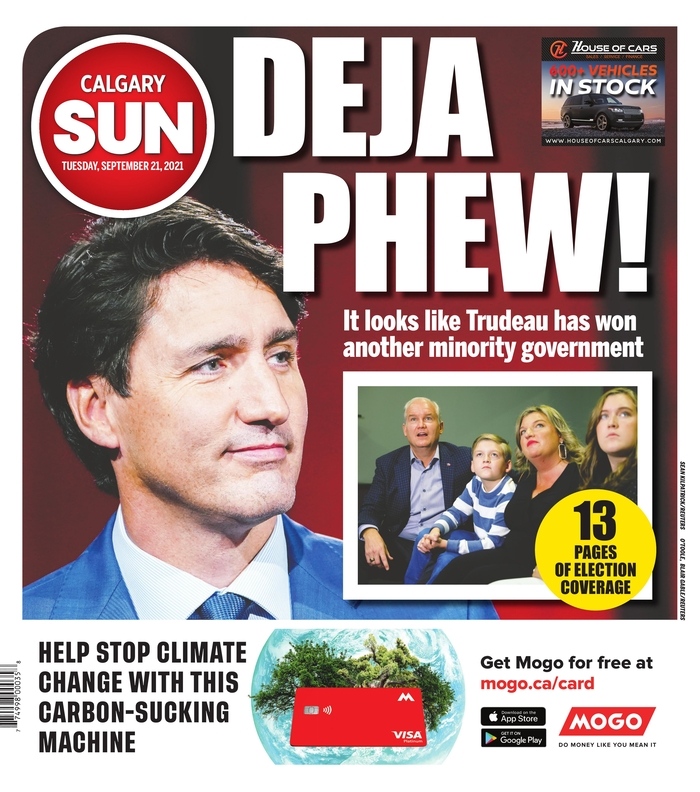 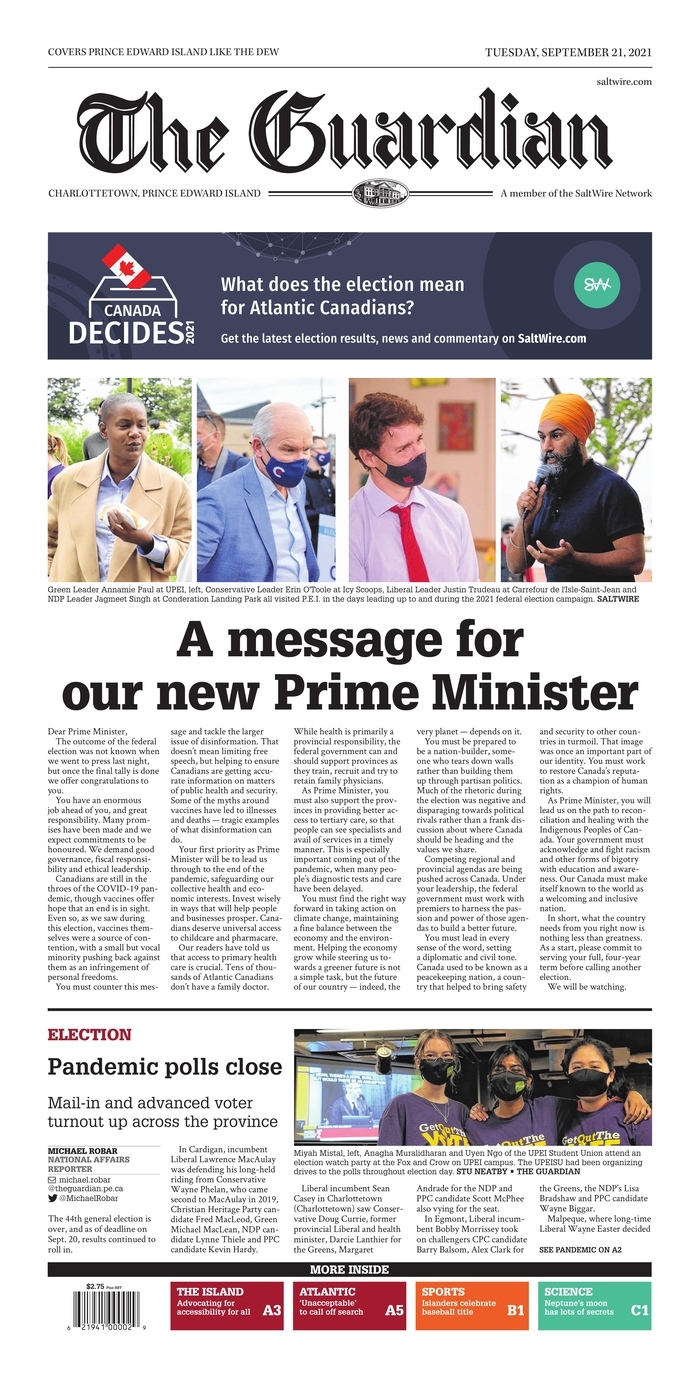 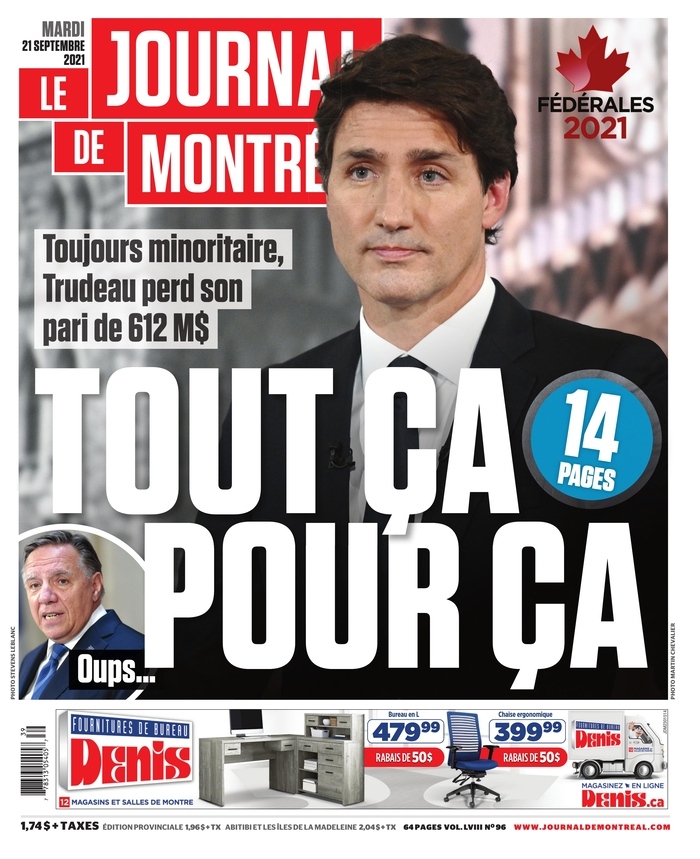 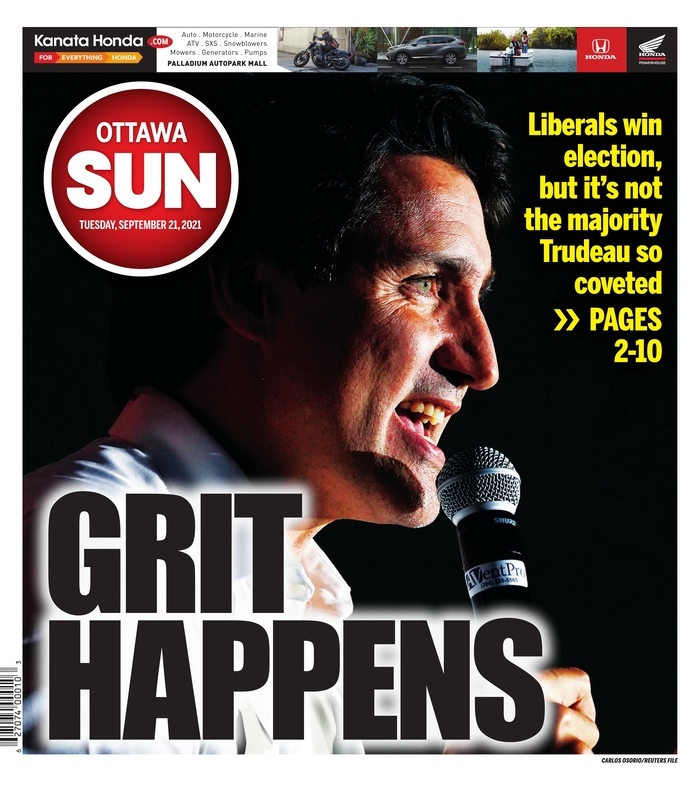 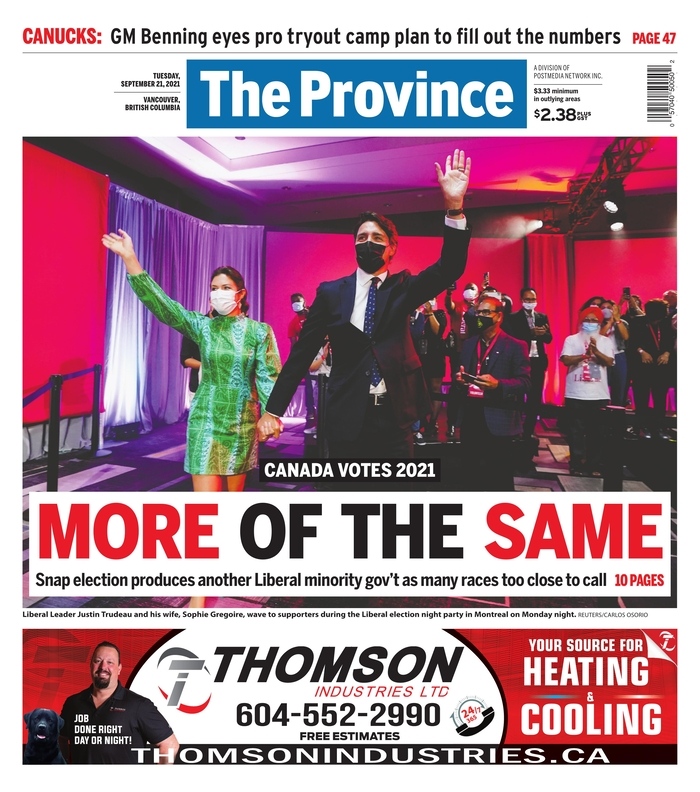 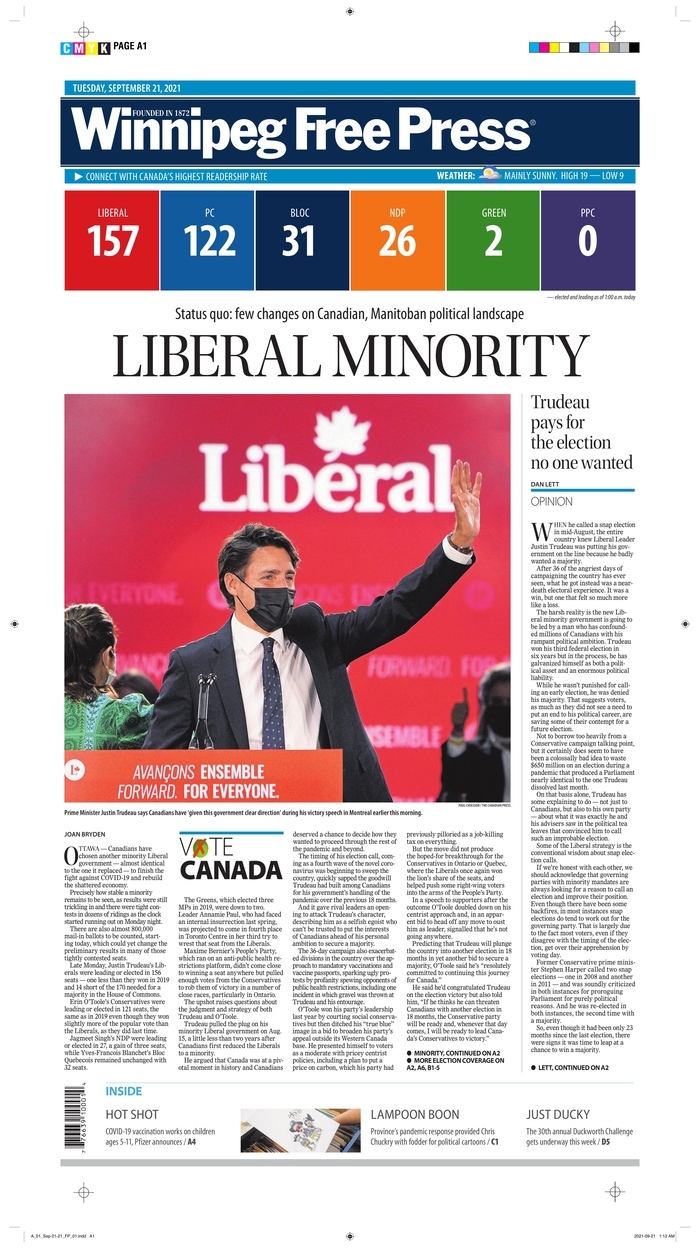