HALIBURTON, ONT. -- As Canadians are waking up to more of the same after Justin Trudeau managed to hold on to power following Monday's election, international media reacted to the prime minister's "gamble."

After five weeks of campaigning during a pandemic, and with mail-in ballots still left to count, the Liberals cling to power despite coming up short in a bid to win a majority.

As of 8 a.m. Tuesday, the Liberals were elected in 158 ridings while the Conservatives have clinched 119, Bloc Quebecois 34, NDP 25, Green 2 and the People's Party of Canada 0.

Here's a look at how some international media covered Canada's general election. 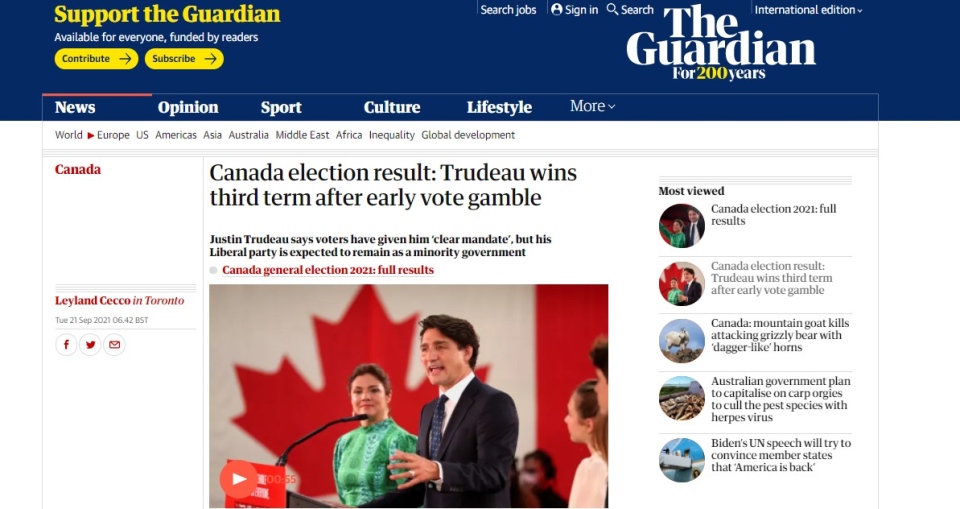 "The prime minister gambled by calling an election in August in the hopes that the government’s pandemic response could boost his party’s power in parliament.

But rival parties quickly called foul, accusing the prime minister of conducting a “vanity project” during a fourth wave of the coronavirus pandemic." 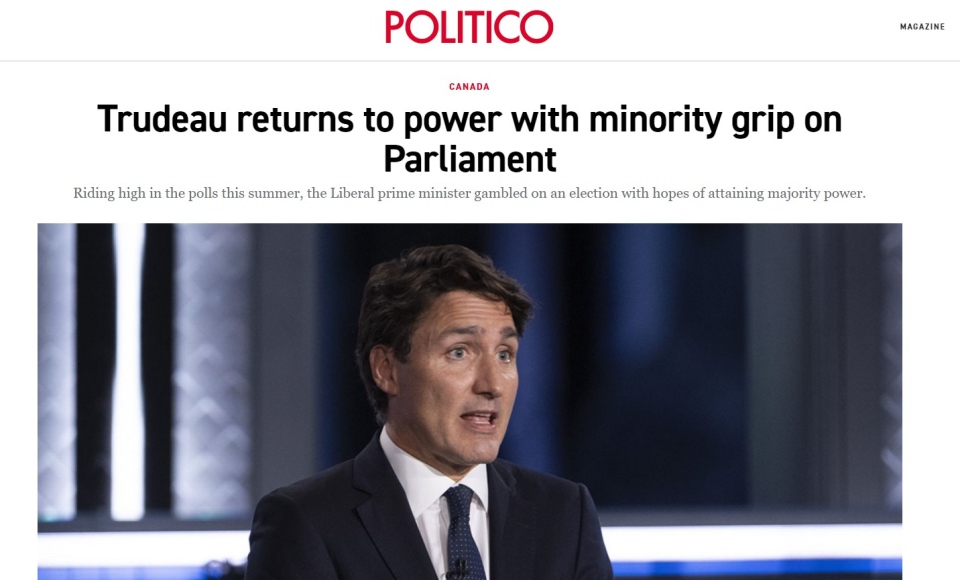 "With his Liberals high in the polls, Trudeau plunged the country into an early election in August in hopes the party could gain at least 15 additional seats in the House of Commons to turn his incumbent minority into a far more powerful majority.

Instead, Trudeau returns to the Prime Minister’s Office with roughly the same number of seats his Liberals had when he called the summertime snap election." 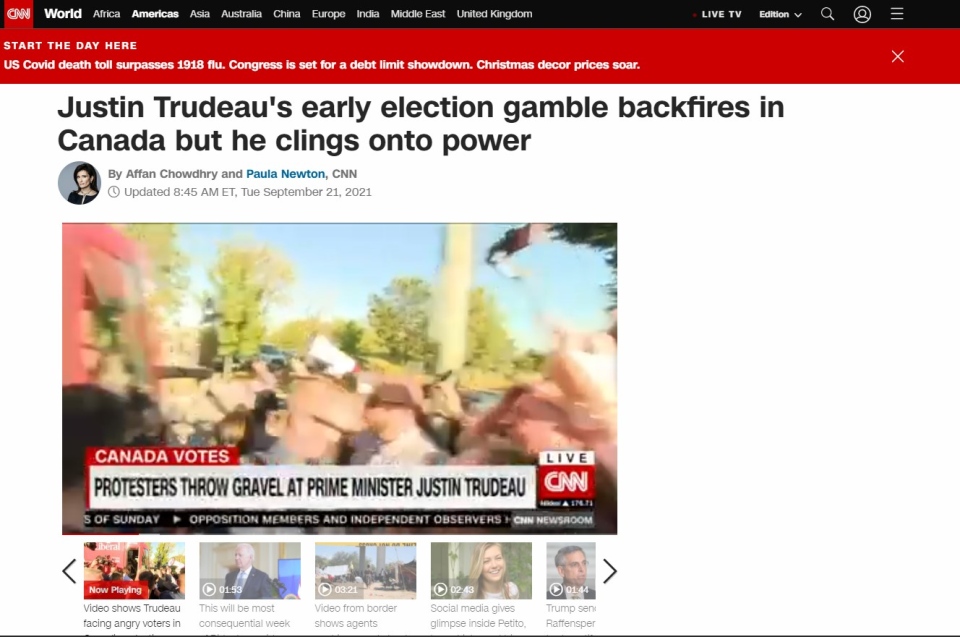 "Trudeau called the snap election in mid-August, barely two years into his minority government, betting he could capitalize on his handling of the pandemic to win a majority.

But once-favorable polls for Trudeau and his Liberals quickly reversed course, with the Conservative Party's O'Toole fighting his way into a statistical tie, according to national tracking surveys over the past few days."

"Trudeau, 49, came to power in 2015 on promises of ‘real change,’ casting himself as a feminist climate warrior and champion of liberal values. He has since been buffeted by scandals, including revelations that he wore blackface makeup as a younger man. His government was reduced to a minority in 2019.

But even after six years of baggage and unfulfilled pledges, the race wasn’t expected to be close. And though Trudeau clung to power, the results were expected to be viewed as a disappointment for the telegenic Liberal Party leader that could renew questions about his judgment." 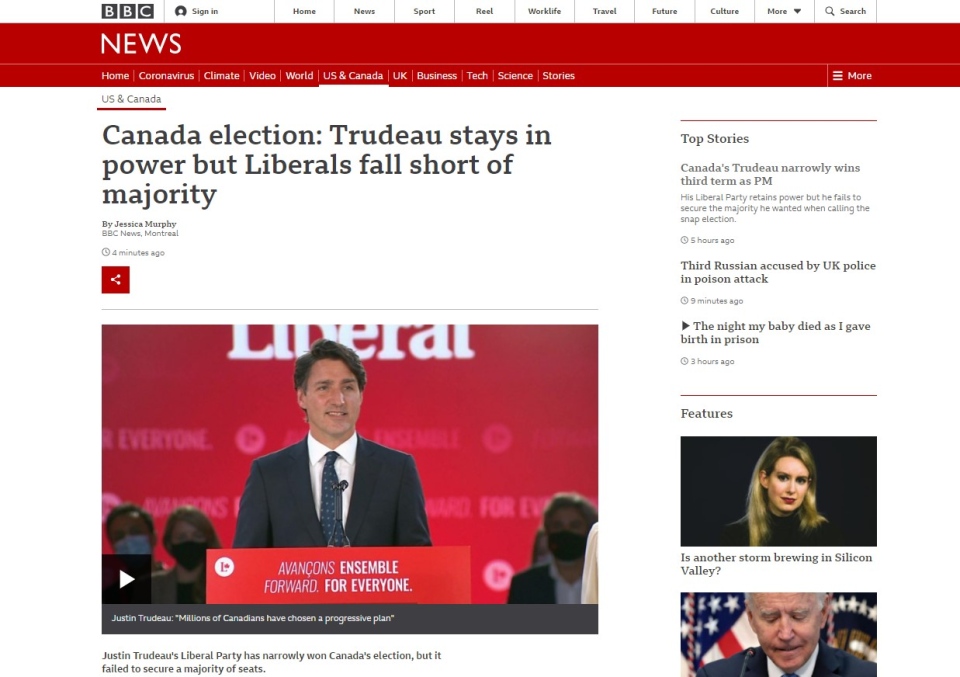 "The election, which took place during a fourth pandemic wave in Canada, was the most expensive in the country's history, costing some C$600M. The projected results suggest a parliament strikingly similar to the one elected just two years ago in 2019.

The snap election call, sending Canadians to the polls for the second time in two years, was widely seen as a bid by Mr Trudeau to secure a majority government and he struggled to explain why a campaign was necessary. Conservative leader Erin O'Toole suggested it was a waste of time and money."