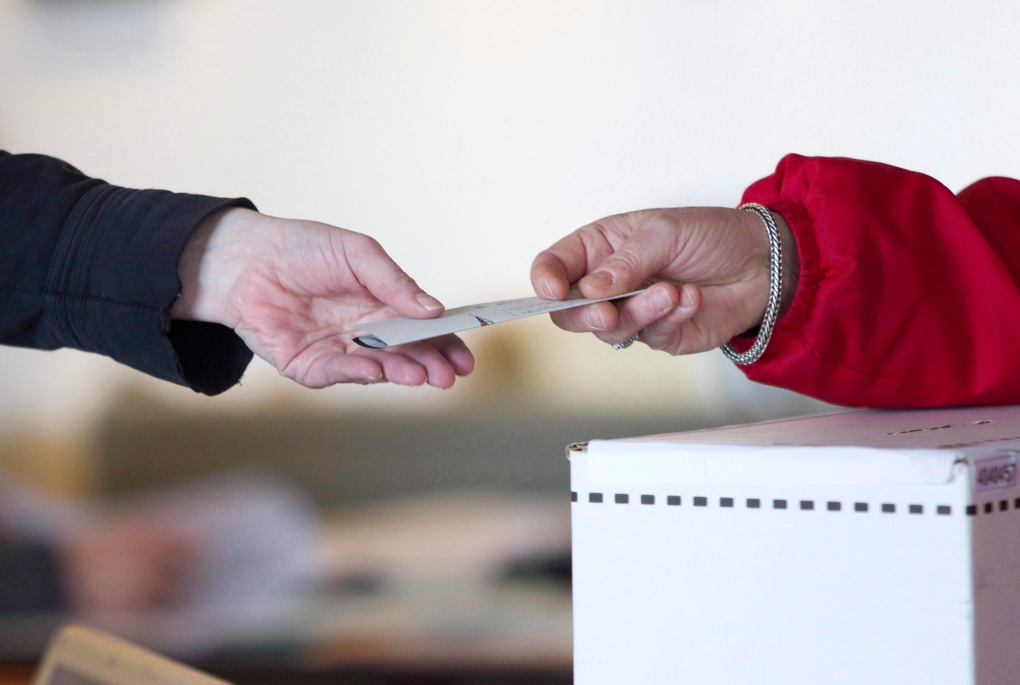 Elections Canada is making preparations to cope with what the agency expects will be a heavy voter turnout for Monday's election.

OTTAWA -- Elections Canada is making preparations to cope with what the agency expects will be a heavy voter turnout for Monday's election.

The agency says returning officers in individual ridings can either add additional staff to count advance poll ballots or if extra workers aren't available, the vote count can start before the polls actually close.

Elections Canada says in ridings where there is an early count, officials and witnesses present won't be able to leave and others won't be able to enter the room before the counting session ends.

The agency is preparing for contingencies because of the higher turnout for advance polls last weekend.

Some 3.6 million ballots were cast over a four day period -- an increase of 71 per cent over advance ballots in the 2011 election, when only three days of advance polls were held.

Elections Canada says because of the higher number of advance ballots to be counted and the potential of a busy voter traffic on election day, it is authorizing the measures to ensure results are known in a timely manner.