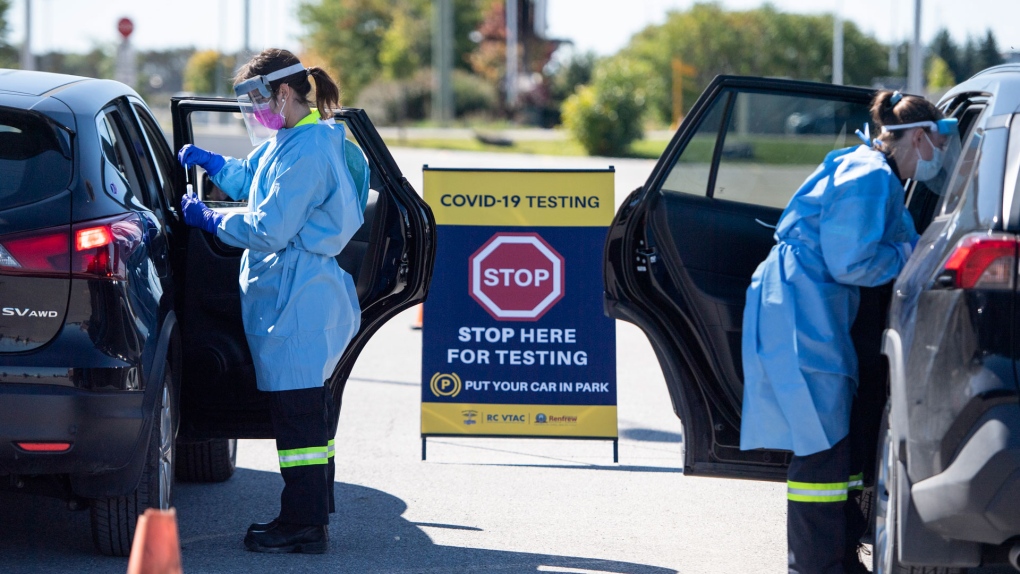 OTTAWA -- It’s scary enough out there without misinformation, conflicting advice, changing directions and policy disagreements muddying the waters in the returning wave of COVID-19.

And we’re not even talking about U.S. President Donald Trump’s don’t-fear-the-COVID misinformation assault on America.

Canada has become a land of considerable coronavirus confusion as overlapping political and public health jurisdictions speak at odds with each other in the desperate fight to tap down hot zones and keep low-infection areas low.

For starters, who exactly is in charge?

Prime Minister Justin Trudeau finds himself in the difficult role of reassuring Canadians he’s “got your back” even though testing, tracing and general health care delivery falls under provincial jurisdiction.

The provinces have the power to order a renewed lockdown but some are resisting calls from the cities to shutter retail and hospitality sectors again until there’s evidence it’s an essential step.

The cities, which are in the best position to monitor the pandemic’s impact, say it’s damned essential, yet powerless to act on their own.

Added to that political dichotomy are the doctors themselves, who aren’t all reading from the same precautionary script.

Professional medical organizations are demanding immediate clampdowns, but more than 20 Ontario doctors pleaded with the premier not to lurch in that direction last week.

They argue the stress on mental health, the impact of elective surgery cancellations and the cost of ignoring of other health problems are just not worth engaging a lockdown when cases will rise again as soon as they release the brake.

Then there’s the incoherent messaging behind urging everyone to avoid family bubbles this Thanksgiving weekend. Boo. Hiss. So why, pray tell, is it still okay to scarf down a turkey burger in a fast food restaurant full of unmasked strangers?

And pity the snowbirds, if you can. We have a ‘closed’ border to the U.S. where none-shall-pass while in a safely isolated car. Yet that same fearless, or perhaps foolhardy, Canadian snowbird could fly to Florida through risky airports aboard crowded planes.

Meanwhile testing, at least in the hardest-hit provinces, is a mess that often defies coherent explanation.

Despite having months to prepare for the forecasted second wave to arrive, there’s been the logic-twisting sight of worried individuals herding into hours-long lineups with others who believe themselves infected.

The testing message changes by the day. Get tested. Stay home. Walk in. Appointments-only. Wait until you have symptoms. Don’t wait because you’re contagious before symptoms surface. Rapid testing is coming in weeks. Nope, it’ll be months.

Meanwhile, with labs overwhelmed, results are being delayed, giving the virus a head start to spread. Not that it really matters because, incredibly, epicentres like Toronto and Ottawa no longer have the resources to contact trace the virus anyway.

Then there’s the non-communications approach of what to do with covidiots like the pair of un-named public servants who, knowing they may be infected and who were eventually diagnosed as positive, went recklessly bar-hopping around Ottawa two weeks ago, which closed the joints they patronized.

If governments want a no-nonsense communication connection to the masses, they should declare that anyone who knowingly spreads the virus will be publicly identified and held responsible for the cost of the closures they cause. Sorry, I digress.

To be fair, we’re dealing with a pandemic which varies wildly from hot-to-not zones across the country, so there’s no one-size-fit for coronavirus communications.

And learning more about the virus has changed the messaging, which is why early scepticism about wearing a mask has evolved into masks as a bare necessity.

But somehow communications must be better coordinated and, because it strikes so intensely in one area and barely touches another, the local level is arguably the best voice. With wild conspiracies and outright lies infecting social media, the vulnerable need reliable information now more than ever.

Finally, for the sake of my grandkids and millions of curious children out there, someone has to fix one very large communications hole on the pandemic file.

While the prime minister has scuttled Thanksgiving plans to potentially save Christmas, nobody’s talking about the fate of that all-important dentists’ dream called Halloween.

Let’s hope they find a way to give the stir-crazy kids a treat over a cruel closed-door trick.

Then again, maybe they don’t need a night of fright this year. It’s already scary enough out there.