Carbon tax would leave most Canadians with more money: study 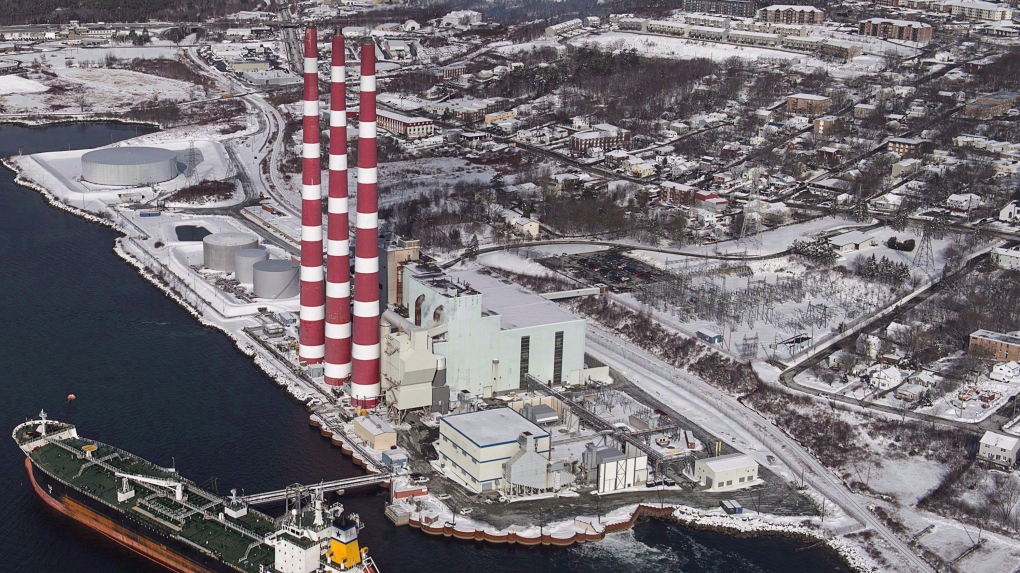 The Tufts Cove Generating Station in Dartmouth, N.S. is seen on Friday, Jan.19, 2018. Canadians could come out ahead financially with a federally-imposed carbon tax, or so concludes the latest study on the policy as understanding of emission reduction options continue to evolve. THE CANADIAN PRESS/Andrew Vaughan

TORONTO -- Canadians could come out ahead financially with a federally-imposed carbon tax, or so concludes the latest study on the policy as understanding of emission reduction options continue to evolve.

The study by Mark Cameron, executive director of the pro-carbon tax group Clean Prosperity, found individuals in almost all income brackets would take in more money than they pay in carbon taxes because businesses subject to the tax wouldn't get a refund.

Prime Minister Justin Trudeau has committed to impose a carbon tax on provinces without their own form of emissions pricing, starting at $20 next year, and said he could send the revenues back directly to citizens.

The Cameron study out this week found lowest-income households would see the most benefits from such a policy. Those with incomes of under $20,000 would see a net benefit of $195 in Ontario to $831 in Saskatchewan for next year, two provinces without a carbon tax, while households over $150,000 would gain $2 and $621 respectively.

The findings add another layer to the debate on the controversial policy that Trudeau has embraced and conservatives at the provincial and federal level have vowed to oppose.

But as the issue looks to become a major election topic next year, many Canadians are still unsure of what carbon taxes are, how they might affect household budgets and if they'll have any effect on reducing emissions.

Carbon taxes are designed to reduce the greenhouse gas emissions responsible for climate change. Governments set a price, generally per tonne of carbon dioxide, charged to emitters. The revenue from the tax on fuel, heating, and other carbon-based energy uses is then used in a variety of ways such as reducing income tax in B.C., funding energy efficiency programs in Alberta, or into general revenue in the case of Ireland.

The idea is that by putting a price on pollution, people and companies can find their own lowest-cost ways to reduce emissions. The price also boosts demand for low-carbon alternatives, spurring innovation.

The clear price signal makes for potentially efficient choices, but because the tax is visible and put burdens on everyone, many feel it's punitive, said Kathryn Harrison, a political science professor at the University of British Columbia.

"There's lots of reasons to believe we could achieve emissions reductions at a lower cost by relying on this approach, but there's no question there's a lot of political challenges associated with it as a policy instrument."

To make the tax more acceptable, some governments have tried to make it revenue neutral. British Columbia committed to doing this in 2008 by cutting income taxes while imposing its tax.

Since everyone in the same tax bracket got the same cuts, those who create fewer emissions pay less carbon tax, providing a clear incentive to try and reduce emissions.

Most governments however, have found the lure of the billions of dollars brought in by carbon taxes too tempting, lending strength to the criticism of the whole thing being a government cash grab.

Alberta used some of the revenue from its carbon tax to give money back to low- and middle-income households, but like Ontario and Quebec, it also diverted money from a carbon price to spend on other climate initiatives.

The federal government may be the first to clearly show voters what a revenue neutral carbon tax looks like by sending revenues from the carbon tax directly to citizens if their provincial government doesn't establish one.

Unlike the tax cuts that B.C. residents didn't really notice, sending money could drive home the idea that the tax can be genuinely revenue neutral, said Harrison.

"If people receive quarterly cheques in the mail, the idea that they are being compensated for those taxes is more palpable, it's more concrete. And it also makes it harder to take away down the road."

So will it work to reduce emissions? The current carbon prices of about $20- to $30-per tonne haven't led to dramatic results. A study of B.C.'s experience found emissions still rose with a carbon tax, but by about five to 15 per cent less than they otherwise would have.

The economic impacts have also been limited at these rates, especially in a generally strong economy. Alberta and B.C. lead the country in economic growth, despite their respective carbon taxes, while studies point to B.C.'s economy being slightly smaller than it otherwise would have been.

But the idea is to start small, and gradually increase rates so that people have time to make hard choices.

How high the carbon tax will have to go to meet Paris climate commitments is a subject of debate, but Mark Jaccard, Simon Fraser University professor in resource and environmental management, estimates it would have to go up to $200 a tonne to meet the 2030 target, equal to an additional 46 cents a litre on gasoline.

A carbon tax of that level would be politically unsustainable, even if it's considered the most efficient way of achieving the cuts, said Jaccard.

"The fact that people don't always think like economists is not something new."

Rather than fighting for a carbon tax, Jaccard advocates the use of regulations, especially targeted, flexible regulations like limits on vehicle emissions or phasing out coal-fired power plants.

Because they're less visible, people are less opposed to them, even though the costs end up higher.

The use of cap and trade systems in Quebec, and until recently Ontario, where companies are given a set limit on emissions and lower-emitting companies can sell extra space to higher-emitting companies, has been pointed to as a system complicated enough that voters don't understand it enough to object to it.

Overall, the resistance to carbon taxes come in part because people aren't familiar with environmental taxation, where the point is to push behaviour, rather than simply to raise money, said Tracy Snoddon, associate professor of economics at Wilfred Laurier University.

"You can't see greenhouse gas emissions, it's just all kind of floating around there, so I think people lose that connection. They think I'm just paying this and it's just cash going to the government."

The optics continue to be a challenge, but the option remains the cheapest way to reduce emissions, said Snoddon.

"The economist in me says I would like to do it as cheaply as possible, and broad-based carbon pricing initiatives are the means to do that."