Canada to set up investment institute for developing countries 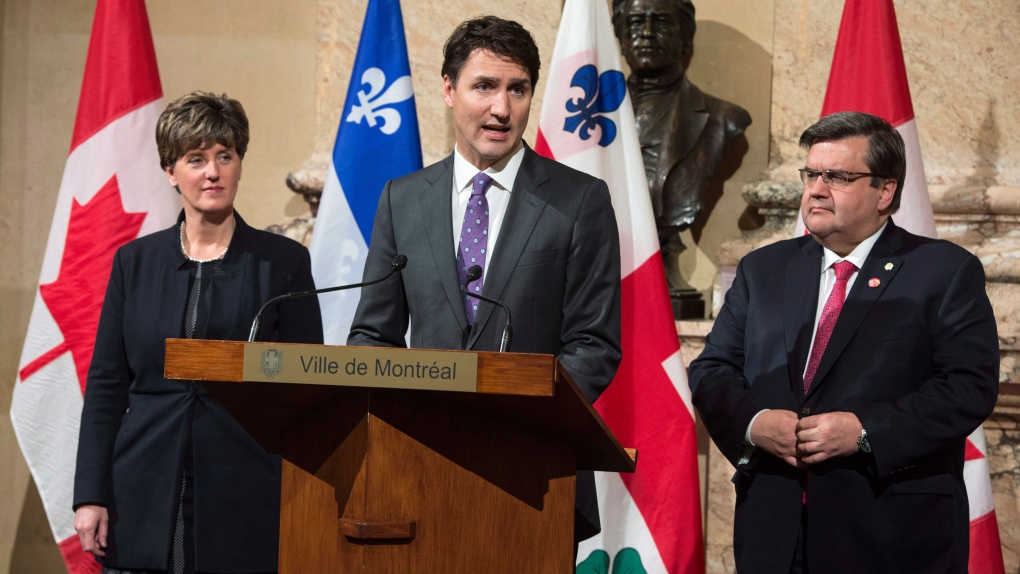 Prime Minister Justin Trudeau, centre, announces the opening of a new international development agency that will be based in Montreal flanked by Marie-Claude Bibeau, Minister of International Development and La Francophonie, left, and Montreal Mayor Denis Coderre on Friday, May 5, 2017 in Montreal. (Paul Chiasson / THE CANADIAN PRESS)

Canada will set up a new financing institute in Montreal to help co-ordinate private sector investments in developing countries.

Prime Minister Justin Trudeau and International Development Minister Marie-Claude Bibeau made the announcement during a press conference in Montreal on Friday.

The Development Finance Institute (DFI) will facilitate partnerships between small and medium companies in the private sector in order to leverage investment in developing countries, particularly in sustainable development and poverty reduction.

The government is pledging $300 million over five years in capitalization, which was confirmed in their 2017 federal budget. The project was originally proposed by the Conservatives in their 2015 federal budget, called the “Development Finance Initiative” at the time.

Canada is the last of the G7 countries to establish a development finance institution.

“Canada has a responsibility as a member of the global community to do its part to help deliver real, lasting change to those in need,” Trudeau said at the press conference.