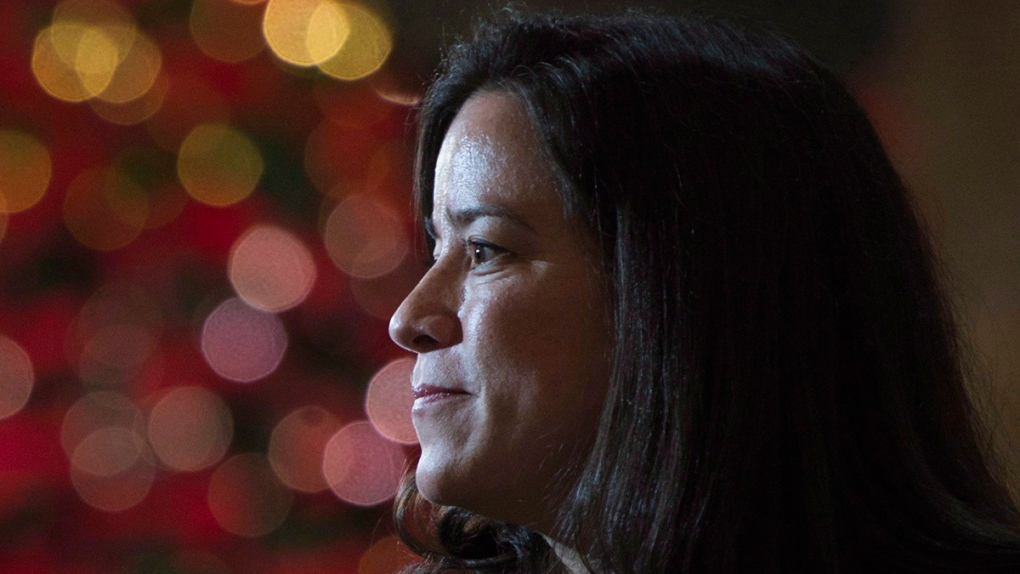 Minister of Justice and Attorney General of Canada Jody Wilson-Raybould in Ottawa, on December 9, 2015. (Adrian Wyld / THE CANADIAN PRESS)

KANANASKIS, Alta. -- Justice Minister Jody Wilson-Raybould says she has the "utmost confidence" in the advice her officials have given on medically assisted dying, even though the same officials spent years insisting suffering Canadians should have no right to seek a doctor's help to die.

In any event, Wilson-Raybould says Justice officials were not the ones who decided on the restrictive measures included in a proposed new law on assisted death.

Those decisions were made by her and her cabinet colleagues.

"I have a tremendous amount of confidence in my officials," Wilson-Raybould said Monday outside a cabinet retreat.

"This was not a decision of officials within my department," she added.

"This was a decision of cabinet and we put forward what we believe to be a substantive piece of legislation that finds balance between personal autonomy and ensuring that we protect the vulnerable and put in the necessary safeguards."

Some advocates of a more permissive approach to assisted death have denounced the proposed law for disregarding the Supreme Court's ruling on the issue and disrespecting the charter of rights.

And they've suggested the reason the bill falls short is because it was drafted by justice officials who spent six years arguing in court that the ban on medical assistance in dying was a justifiable limitation on Canadians' charter rights.

The Supreme Court last year struck down the ban as a violation of the right to life, liberty and security of the person. It ruled that medical help in dying should be available to clearly consenting adults with "grievous and irremediable" medical conditions who are enduring physical or mental suffering that they find intolerable.

In response to that ruling, the federal government has introduced its proposed law but it has taken a more restrictive approach. It would allow assisted death only for consenting adults, at least 18 years of age, who are in "an advanced stage of irreversible decline" from a serious and incurable disease, illness or disability and for whom a natural death is "reasonably foreseeable."

It would also exclude mature minors and those suffering only from mental illnesses from the right to an assisted death. And it would not allow those diagnosed with competence-eroding conditions like dementia to make advance requests for medical assistance to die.

In a Justice Department analysis last week outlining the reasoning behind the bill, officials acknowledged that various provisions could violate the charter of rights. In particular, excluding those who are intolerably suffering but not near death, could violate their right to life, liberty and security of the person.

However, the analysis argued that the bill strikes an appropriate balance that respects "autonomy during the passage to death" while otherwise prioritizing respect for life. It also "furthers the objective of suicide prevention and the protection of the vulnerable."

But Josh Paterson, executive director of the British Columbia Civil Liberties Association -- which was a plaintiff in the court case -- said Justice officials are making the same kinds of arguments they made throughout six years of court battles on the issue.

"These kinds of arguments were tried by federal lawyers in court and failed," he said.

A total ban on assisted death for Canadians who are intolerably suffering but not close to death is "a disproportionate response" to the government's desire to protect the vulnerable and is, therefore, unconstitutional, Paterson added.

Jocelyn Downie, a professor of law and medicine at Dalhousie University, said it's reasonable to assume cabinet made its decision about the proposed law based on the analysis provided by Justice officials -- unless they were given additional or different information that hasn't been provided to the public.

"Unfortunately, that document is deeply flawed and, therefore, albeit unintentionally, so too is their decision."

Justice officials have maintained that the proposed law would have allowed Kay Carter, a central figure in the court case, to seek medical help to die. Paterson and Carter's own children have said she wouldn't have been eligible because, while she was suffering intolerably from spinal stenosis, she was not near death.

"With great respect, government lawyers have been wrong on assisted dying for the last six years and they're wrong today when they say that," Patterson told a news conference last week with two of Carter's children.