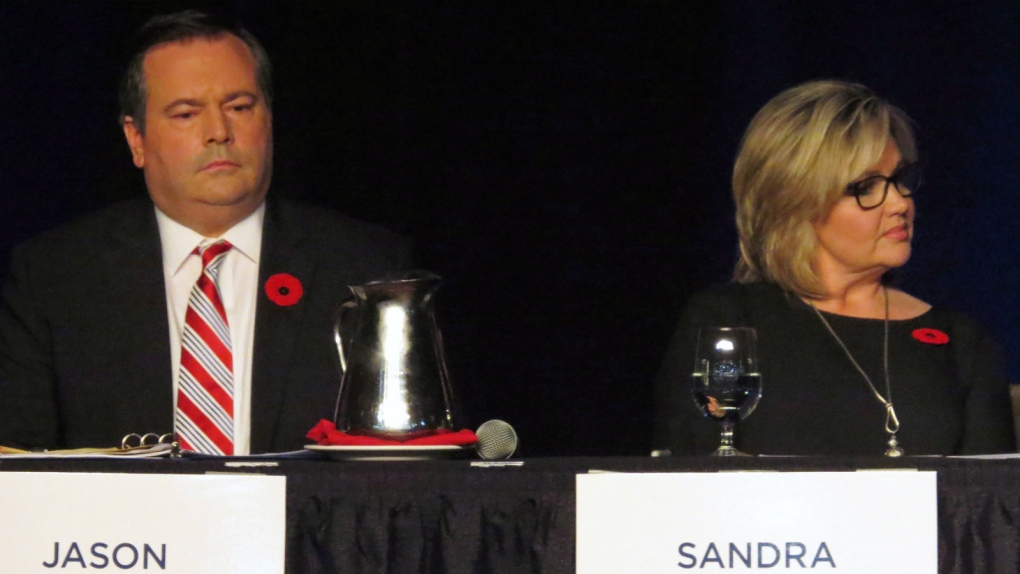 EDMONTON - Alberta Progressive Conservative member Sandra Jansen is weighing her options on leaving the caucus and party, and is taking leader Ric McIver to task, saying he "hasn't had my back."

Jansen quit the party's leadership race this week, saying the personal and online abuse she has endured from supporters of another candidate became intolerable.

"I was contacted by a lot of politicians," Jansen said in an interview Thursday. "They reached out and they offered a kind word. And I didn't get a kind word from our leader at all and haven't so far, and that's incredibly disappointing.

"I haven't felt for a long time that Ric McIver has had my back, and he proved it this week."

The two-term MLA for Calgary North West said she is now deciding her future, but says there is no definite timeline.

"I'm going to take some time and weigh all my options and talk to my political mentors," she said.

The legislature is on a one-week break next week during the fall sitting.

Earlier Thursday, McIver told reporters he has not contacted Jansen because he was respecting her privacy.

"She was out Monday. She said she wanted to take a couple of days. We're respecting her time to think about what's best for her and I'm sure I'll be talking to her soon," said McIver.

"When are you going to call her?" a reporter asked.

"That's not really between you and I," he replied.

Richard Starke, another PC legislature member and a leadership candidate, said he had reached out to Jansen.

"She's a colleague that I respect and we're a team. You stay in touch," he said.

Starke said the discussion with Jansen was private but said he values her contribution to caucus.

"She's an important member of our team," he said.

Jansen said that for a long time she had been receiving social media hate and abuse from supporters in a rival camp who don't agree with her progressive views.

She said it peaked at last weekend's policy convention in Red Deer, when her nomination forms were vandalized and she was followed and harassed in the hallways of the convention centre.

Kenney, a Calgary MP, issued a statement Wednesday deploring any abuse and harassment of other candidates.

"My campaign has exhibited a positive and respectful tone since it began," he said. "Neither I nor any member of our campaign team has engaged in personal attacks against other candidates."

Jansen was one of two candidates to quit the race this week. Former PC legislature member Donna Kennedy-Glans also left, stating she was concerned the party was moving too far right on social issues.

O'Neill said there is no timeline, but said they want to get to the bottom of what happened as quickly as possible.

"Any woman who is in politics will tell you that they have experienced intimidation and harassment, but ... when you are faced with that kind of situation, you have to call it out," said Ambrose.