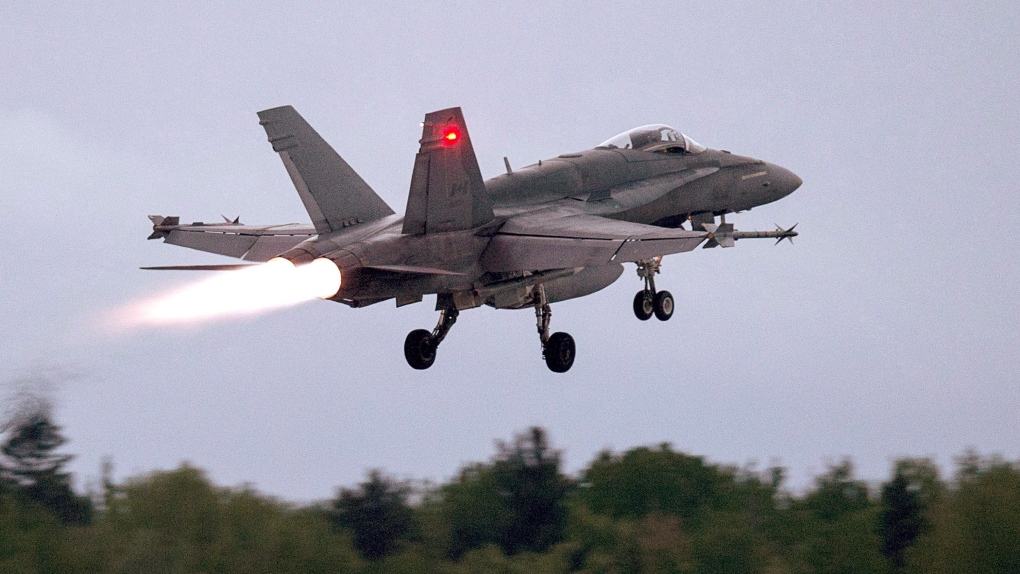 An RCAF CF-18 takes off from CFB Bagotville, Que. on Thursday, June 7, 2018. THE CANADIAN PRESS/Andrew Vaughan

OTTAWA -- The federal government is planning to invest hundreds of millions of dollars more to ensure Canada's aging CF-18s can still fight over the coming decade while the country waits for long-overdue replacement jets.

The extra money follows a warning from the federal auditor general in late 2018 that Canada's fighter jets were at risk of being outmatched by more advanced adversaries due to a lack of combat upgrades since 2008.

Royal Canadian Air Force commander Lt.-Gen. Al Meinzinger estimates the added cost will be around $800 million, which is on top of the $3 billion the government has already set aside to extend the lives of the CF-18s and purchase 18 secondhand fighter jets from Australia.

In an interview with The Canadian Press, Meinzinger says the additional investment will result in upgrades for the CF-18s' weapons, sensors and defensive systems so the planes can meet the threats of today and tomorrow.

Meinzinger says less than half the fleet will receive the full package of upgrades to ensure Canada has enough combat-capable fighter jets while it transitions to more modern planes starting in 2025.

The transition is expected to last around seven years, if all goes according to plan, with the last CF-18 set for retirement in 2032.

This report by The Canadian Press was first published on Jan. 14, 2020.