After Sloan's ouster, other conservative factions wonder what's next for them 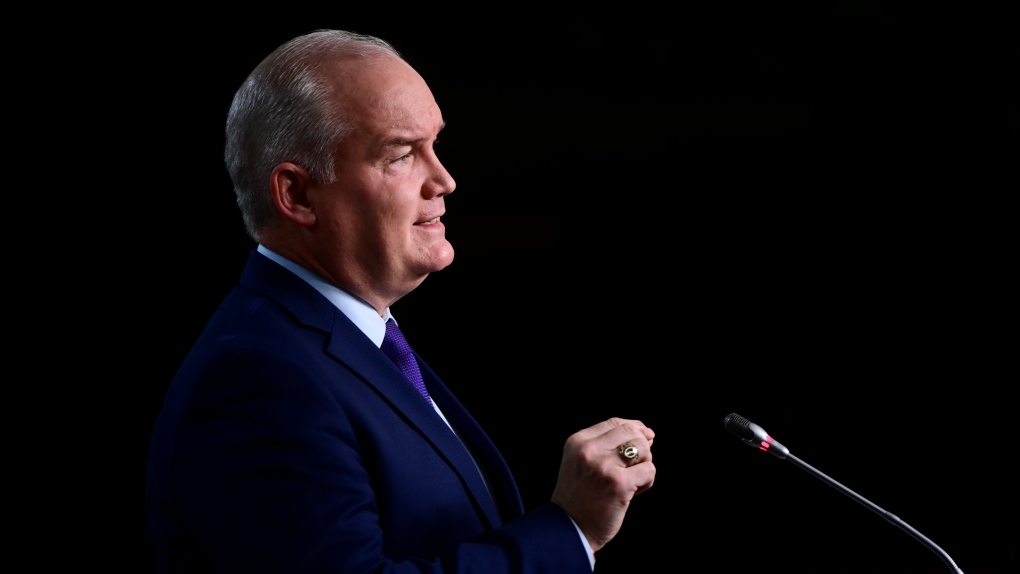 OTTAWA -- A decision by Conservative Leader Erin O'Toole to boot an MP from his caucus has factions of the conservative movement in Canada wondering about their own futures in the party.

Among them: some firearms advocates, who say they're concerned about what the move may signal for their members who backed O'Toole in last year's leadership race in part on promises to advocate for their cause.

Ontario MP Derek Sloan was removed last week for what O'Toole called a "pattern of destructive behaviour" that was undermining the team.

In his short time as a socially conservative MP and party leadership candidate, Sloan's extreme views have created controversy and O'Toole said the last straw was Sloan's accepting a donation from a known white nationalist.

But the decision to kick him out was seen by some of his supporters as primarily a response to Sloan's efforts to influence the Conservatives' March policy convention via motions that could in turn challenge O'Toole's efforts to expand the party's appeal.

In an interview last week with The Canadian Press, O'Toole denied his move was directly in response to social conservatives' trying to be the dominant force at the convention.

While he led the move to expel Sloan, O'Toole said, ultimately it was a decision Conservative MPs had to make and vote on themselves.

Many, including some who would identify as socially conservative themselves, had expressed frustration since last year's leadership race that Sloan's views on LGBTQ rights and other issues would cost the party support in a general election.

If social conservatives are considered the best-organized faction of the party, the firearms community, colloquially known in party circles as "the gunnies," come in a close second.

Charles Zach, the executive director of the National Firearms Association, said he had no specific comment on Sloan's situation.

But he said O'Toole's move does raise concerns: if he was willing to sideline Sloan, what about the gunnies?

"If that's the way that the next election campaign is going to be run by the CPC, yeah, we're worried that our expectations are not going to be on the radar," he said.

"And where does that leave us?"

Just as O'Toole courted social-conservative voters during the leadership race, so too did he solicit the support of firearms advocates.

In doing so, he leveraged his time in the military, and a personal connection -- his campaign manager was Fred DeLorey, who for a time was a lobbyist for the National Firearms Association. DeLorey is now in charge of running the party's next general election campaign.

O'Toole's effort to woo firearms advocates in Quebec was credited with helping him land the victory, as party members in that province hold enormous sway in the points-based voting system the Conservative party uses.

The national gun debate is generally seen as pitting the concerns of hunters and farmers in rural regions, who see firearms as an essential part of their lives, against urban dwellers who only think of guns in the context of crime.

The Conservatives need those urban voters to form a majority, and whether O'Toole can fashion a firearms policy that doesn't scare them while appeasing the base could be a challenge, Zach suggested.

But the Canadian Coalition for Firearms Rights says O'Toole is an experienced, thoughtful leader the group supports.

"We aren't concerned about Erin O'Toole changing his stance on the firearms file to something more 'moderate' because it's moderate to begin with," she said in an email.

O'Toole's promises during the leadership race would largely take the gun debate in Canada back to where it was under the last Conservative government, Zach said.

Some don't see that as fixing the issues at hand, which is a regulatory regime that criminalizes gun owners and does nothing to stop gun crime, he said.

His association is making its own effort to organize for the convention to get explicit language and policies on gun rights into the party's official party documents.

The crossover between the firearm association's membership and that of the party's has never been stronger thanks to the recent leadership race, and now is the time to flex that muscle, the association said in a recent letter to members.

What Sloan, and the National Firearms Association, are trying to do is twofold: first, get enough riding associations to support their ideas so they'll be selected to be put to votes, and then ensure they have enough delegates to win those votes.

In a meeting with his supporters on Monday night, Sloan said told them the goal of their efforts should be to "stick it" to O'Toole.

If there are enough social conservative resolutions passed at the convention, O'Toole will be in trouble, he said.

"He either has to come out and say 'I don't care what my members said, I'm not doing it anyways,' which makes him look awful," Sloan said.

"Or, he has to do an about-face and say, 'Well, I guess I should be listening to my membership more.' I mean, no matter what happens, he comes out of it looking bad."

This report by The Canadian Press was first published Jan. 28, 2021.