A Scheer-led government would impose mandatory minimum for child abuse 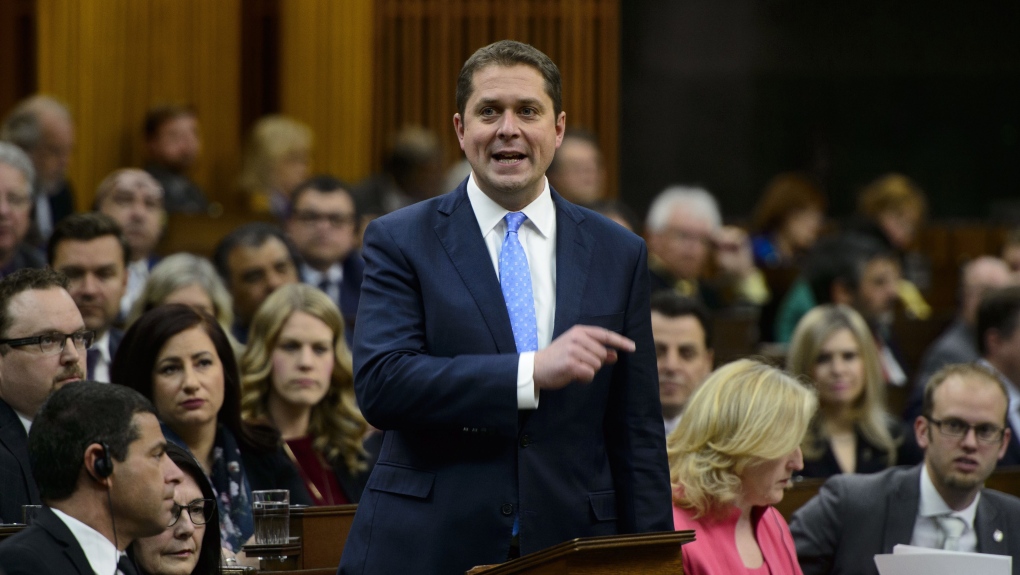 OTTAWA – Conservative Leader Andrew Scheer says that if his party wins the next election he would impose tougher sentences for people convicted of child sexual abuse, including imposing five-year mandatory minimum jail sentences for anyone who is convicted of a serious sexual offence against a child.

Scheer said that the current sentences, which range based on the offence, are often too short. The Conservatives would update the laws to would make it so that sentences for these kinds of crimes take into account the length and severity of the abuse by adding aggravating factors to the Criminal Code.

The latest pre-election campaign proposal from the opposition leader was unveiled in Quebec. There, he said that: "a society is judged by how it protects its most vulnerable and under the current government Canada is failing."

"An Andrew Scheer led Conservative government will put the safety of children first and ensure that those who seek to harm them will face the full weight of Canada’s justice system," reads a press release sent by the party. "We will ensure that anyone who harms or sexually exploits a child will be behind bars where they belong for a very long time."

During his remarks Scheer said that in 2017 there were more than 8,000 cases of sexual violation of children in Canada, and that the current Liberal government has not tabled any legislation aimed at cracking down on the criminals who commit these offences.

According to Statisics Canada data, under the previous Conservative government in 2012, there were approximately 14,000 child and youth victims of sexual offences.

At the time, the Conservatives tabled legislation that amended the Criminal Code to bring in or lengthen mandatory minimum sentences for particular sexual offences against children, among dozens of other crimes.

Since then, numerous mandatory minimums have been challenged in court, and many have succeeded, including striking down the mandatory minimum for possession of child pornography. In many cases it's been argued that these imposed sentences do not allow for judicial discretion or factoring in of case-specific circumstances.

The Liberals had stated their intent to review the Harper-era mandatory minimums, but no such government legislation has been proposed.

In a statement to CTVNews.ca, a spokesperson for Justice Minister David Lametti criticized Scheer's proposal, saying it won’t protect children, would instead cause delays, and could lead to charges being stayed and constitutional challenges.

"Andrew Scheer's proposals ignore the fact that the Criminal Code mandates serious jail time for those convicted of offences against children. For example, there is a fourteen-year maximum for sexual offences as well as for aggravated assault. If a restricted weapon is used in the crime, life imprisonment - the harshest penalty available under Canadian law - is a possibility. Life sentences are also available in cases involving the kidnapping, forcible confinement, and human trafficking of children," said spokesperson David Taylor. He also cited recent funding measures the Liberals have made, including the $19 million over five years starting in 2018 towards the RCMP’s National Child Exploitation Coordination Centre.

Taylor said that the Liberals' plan is to not repeal all mandatory minimums.

"Our Government has not committed to repealing all mandatory minimums… We need to look at sentencing reform with a mind to ensuring we make reforms that stand the test of time. In other words, reforms that will not get tossed by the courts, and provide appropriate punishments for the crimes committed."